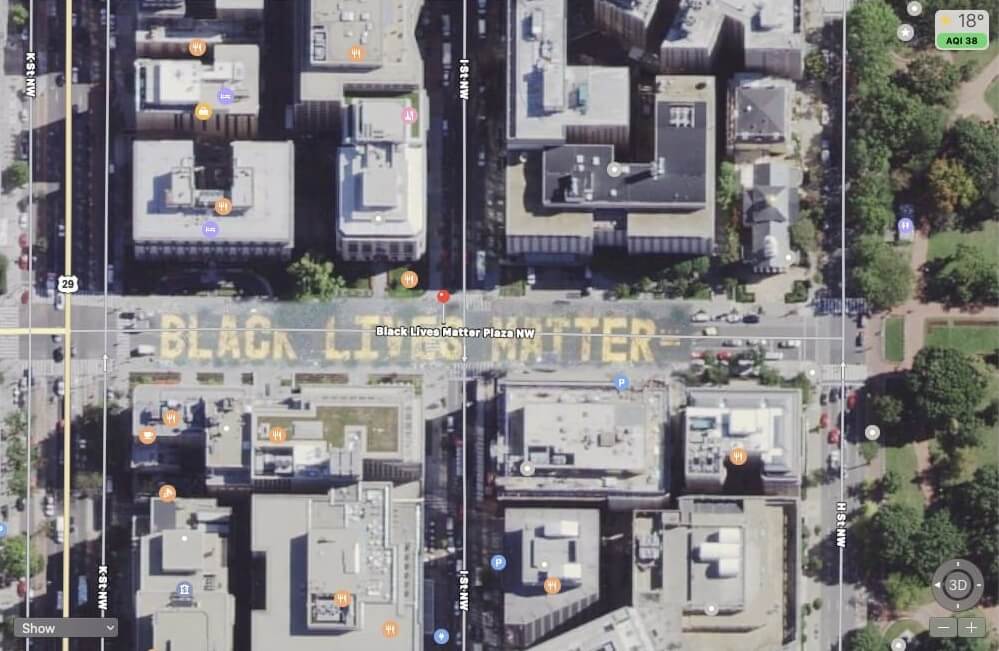 At a time when instant reactions are everything, Apple and Google didn’t wait too long before updating some of their most-used services to reflect the current social context. Maps, as well as Siri and Google Assistant, are now beginning to reflect the Black Lives Matter movement and the changes it has prompted.

The Black Lives Matter mural from Washington, D.C., that occupies a space recently named Black Lives Matter Plaza, is now clearly delimited on Apple Maps and Google Maps. Thanks to satellite images, anyone can now see its location.

The assistants have also been taught new answers to critical questions like “Do black lives matter?”. Google Assistant will say ‘recognizing the injustice they face is the first step toward fixing access to the same freedoms afforded to everyone in this country.’ But that’s not all. Google will immediately pop up a search bar with an already-filled inquiry, “how can I help the black community?“

Moreso, the Assistant is trying to reply to the sensitive question, “do all lives matter” by offering the reply, “black lives matter doesn’t mean that all lives don’t. it means black lives are at risk in ways others are not.“

Siri avoids answers that can be interpreted or misunderstood, taking a more direct approach. When asked “do black lives matter”, Apple’s AI answers with a definitive “yes” and proceeds to redirect the user to the movement website. However, when it is asked whether “all lives matter?”, Siri is less blunt and gives a longer answer: “all lives matter is often used in response to the phrase ‘black lives matter,’ but it does not represent the same concerns,“. Nevertheless, it ends the inquiry with the same action, redirecting the user to the movement website.

Furthermore, Apple used their App Store to put together a list of apps with the goal to help Apple users stay informed about the movement’s progress, engage and stand up to racism. We haven’t seen yet a similar feature on Play Store but Google is likely to update their services even more in the following months.