Apple Might Be Considering A Folding iPhone, Report Says 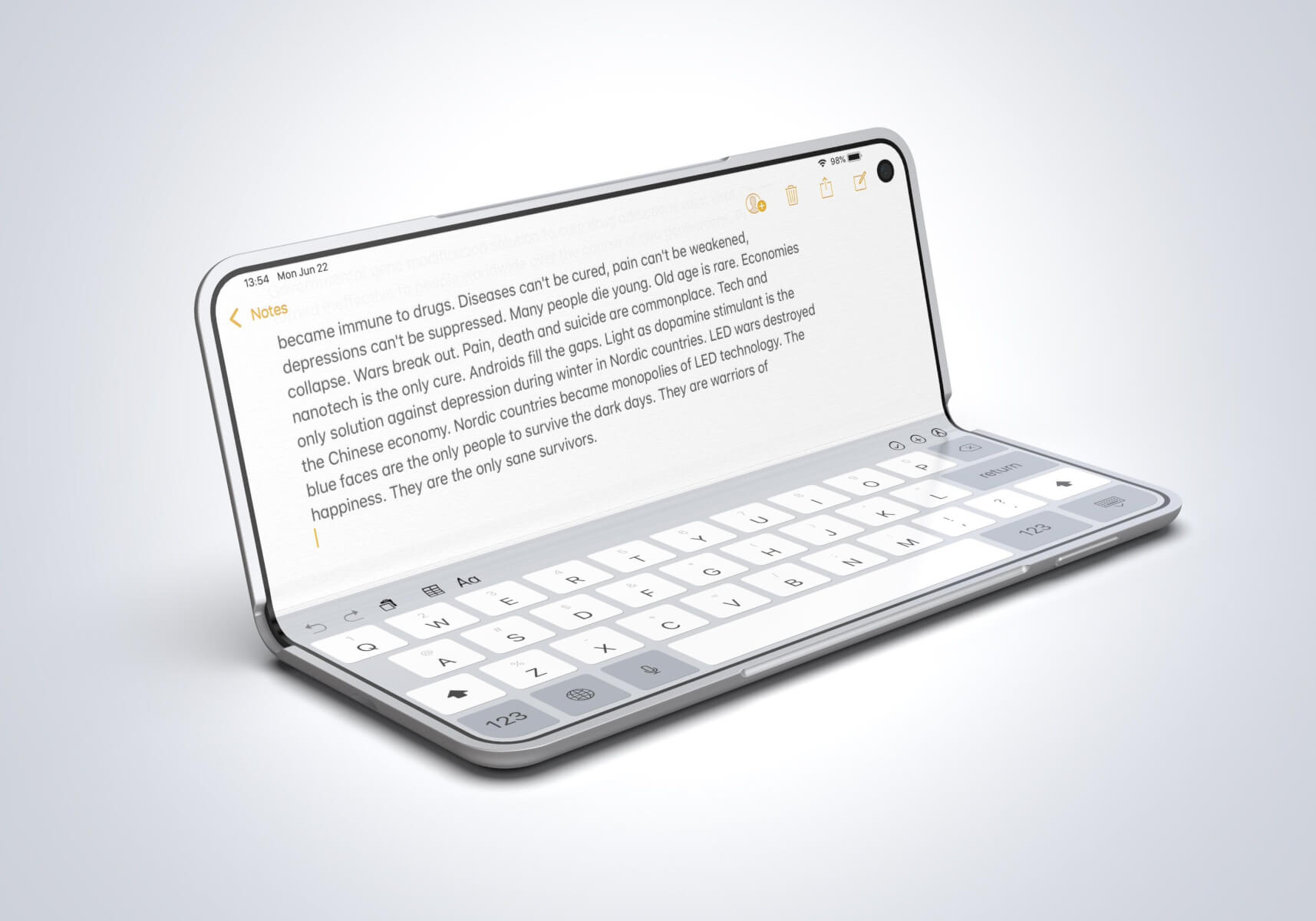 A new survey carried out by UBS shows that a lot of consumers are interested in buying folding smartphones, with China being the most receptive possible market out of them all.

The investor note attached to the survey claims that a folding iPhone is in the works but that Apple will most likely choose to launch a folding iPad first, sometime in 2020 or 2021, the latest.

According to the survey, the consumers are willing to pay a premium for foldable devices, but not as much as the eye-watering price tag that was attached to Samsung’s Galaxy Fold ($2,000). Surprisingly, it’s the Apple users who seem the most interested in purchasing a foldable device.

“Price remains the key hurdle in most consumers’ minds, while the adequate average premium vs regular smartphones surveyed to be c. US$400-500,” the analysts noted.”The survey indicates greater willingness to pay a premium (c. $600) and generally higher interest among Apple buyers for foldable products.”

However, UBS also notes that it’s Samsung who is leading the way as far as intellectual property for folding displays go. UBS believes that “Samsung will lead the way for foldable adoption as a smartphones vendor”, though it’s worth mentioning that Apple has filed patents for foldable devices since a while ago.

There have been numerous rumors that the company is looking into the tech and concept images showing folding iPhones and folding iPads abound.

However, patents should always be taken lightly – their presence never indicates that a company is actively working on a product and Apple has so far not really hinted that it is working on a foldable device.