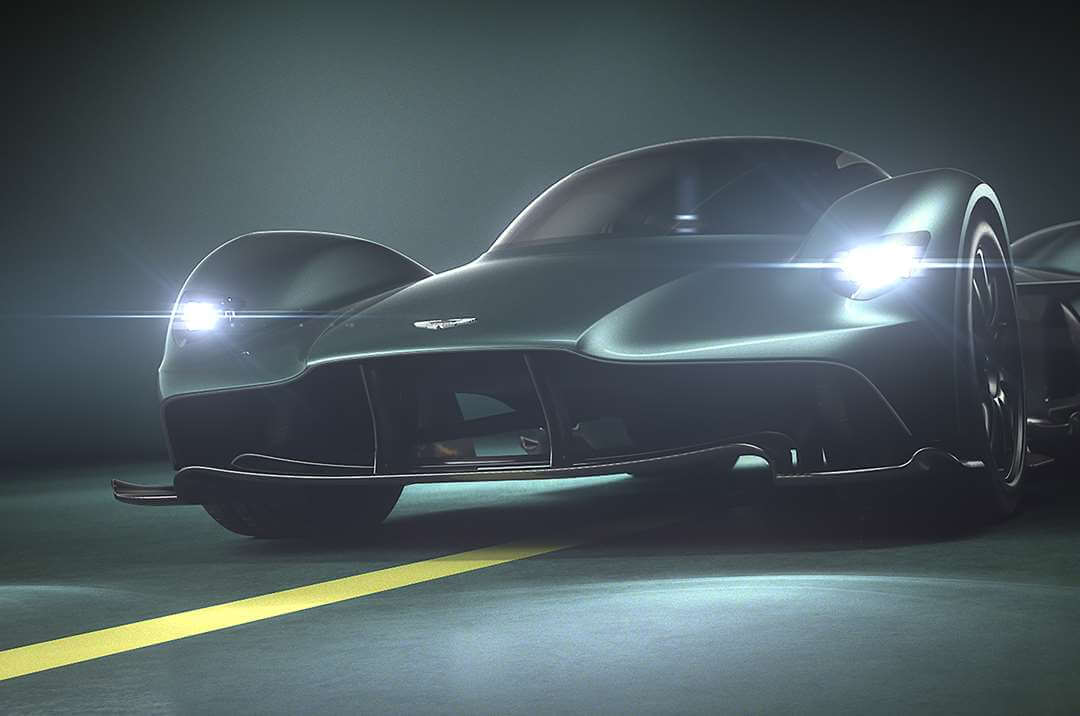 If you haven’t yet heard about the beast that is Aston Martin’s Valkyrie, perhaps it’s time you should because the car is setting out to break some records.

The hybrid sports car bares the name of the warrior-like female figures from Norse mythology who were said to choose who lives and dies in battle. Aptly named, I would say, as the car looks like it’s ready to go into battle at any moment too.

The car is the result of a collaboration between Aston Martin and Red Bull Racing, who wanted to create a track-oriented car that can be entirely usable and just as enjoyable to ride on the streets.

However, it would be a pity to drive the dark beast in traffic, especially during rush hour, considering it features a 6.5 litre naturally-aspirated V12 engine that can produce a power output of 1,130 hp at 10,500 rpm.

The Valkyrie can accelerate to 60 mph (97Km/h) from a standstill in 2.5 seconds. Alongside the engine, the car features a Rimac hybrid battery system. It gets its power from a 7-speed paddle-shift transmission.

The car features an all-carbon fiber bodywork and its high-performance tyres are, of course, supplied by Michelin.

Was this enough to make your mouth water?

If not, then I have to mention that a track-only variant of the car also exists, though only 25 units will be produced. The Valkyrie AMR Pro was initially introduced to the world during the 2017 Geneva Motor Show. It features the same V12 engine as its sister but with some tweaks here and there which will allow it to access increased engine power output figures.

In terms of the design, the two cars look only slightly different: the AMR Pro feature sharper angles and a LMP1-styled aerodynamic rear fin, a dual-element rear spoiler and a pretty serious rear diffuser.

Now that we’ve established what the Valkyries are about, we have to mention that the road-oriented Valkyrie will attempt to set a new production car lap record around the famous Nüburgring Nordschleife.

The hybrid is also looking to break the record set by the Lamborghini Aventador SVJ at a time of 6:44.97.

Aston Martin’s CEO Andy Palmer made the plan public to Motoring just yesterday but he did, however, mention that the Valkyrie was not developed with the goal of breaking any records on the circuit.

“In reality we’re not developing it for that.” Palmer had said. “It’s not what it’s meant for but we’ll probably end up setting a time.”

Last year, Christian Horner, Red Bull’s team principal did mention that the Valkyrie might be able to set a new lap record on the circuit and even beat the Porsche 919 Hybrid Evo. Considering that the Evo had a 5 minute and 19.55 seconds lap time, it would be a sight to behold.

It would mean that the Valkyrie will have to lap around the circuit at an average speed of over 147 mph (238 km/h) for the entire 21Km of the circuit in order to stand a chance at breaking the record.

“We already know it will be f—ing quick there” Palmer candidly told Motoring and added that maybe they will end up doing “something cool – like turning up to an open session, something crazy like that.”

Well, if the Aston Martin CEO is this excited to see it happen, we definitely want to witness it as well.