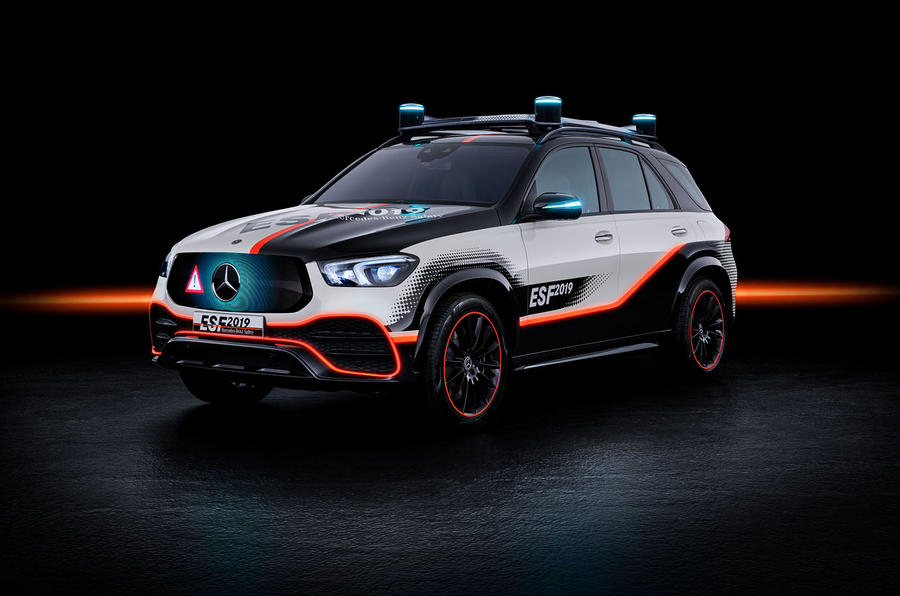 Mercedes-Benz has just unveiled its latest concept car, the Experimental Safety Vehicle, which is the brainchild of the company’s safety experts, researchers and engineers. Most of its features are almost ready for release but some of them are concepts that will be perfected further for future use and have been developed working on over 50 years of accident research.

The car is based on the Mercedes Benz GLE and uses a plug-in hybrid powertrain that is capable of automated driving in a number of situations.

To begin with, the car can retract its steering wheel and pedals during an accident, to decrease the risk of injury. This particular idea also brought some changes for the seatbelts and airbags, whose places have been changed: Mercedes has integrated them into the seats and the dashboard instead. 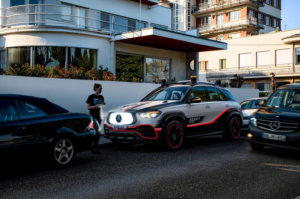 In addition to that, the Pre-Safe Child technology adds a preventively tensioned belt and some side-mounted inflating impact protection elements that will, technically, reduce the risk of loads on a child during a crash. This particular piece of tech also monitors their vital signs.

The Pre-Safe system doesn’t do just that – it also comes with a Pre-Safe Curve feature that warns the driver if they have entered a corner too fast by tightening their seatbelt.

The car also features a cooperative communication system that informs the drivers about the potential hazards ahead.

On the outside, the vehicle features digital surfaces that communicate the car’s direction and other important information to the pedestrians and other drivers, even when the car is parked. This particular feature was added thanks to a program that aims to built people’s trust in autonomous vehicles.

One of the most interesting features of the car is actually a small robot that deploys from the rear of the vehicle and doubles as a warning triangle in case of accidents or breakdowns. Alongside it, an extra triangle will pop out on the roof. 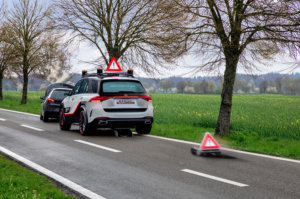 “Safety is part of the brand DNA of Mercedes-Benz,” Ola Kallenius, Member of the Daimler AG Executive Board responsible for Mercedes-Benz Cars Development has said in a press statement “We have repeatedly demonstrated that we are not short of ideas in this field since the 1970s, with our Experimental Safety Vehicles. The new ESF 2019 reflects the mobility of the future, and presents a wide variety of innovations which we are currently researching and developing. And I can already say this much: some of the functions are very close to series production.”

Mercedes will display the vehicle first at the ESV convention in Eindhover in June this year and then at the Frankfurt Motor Show, in September.