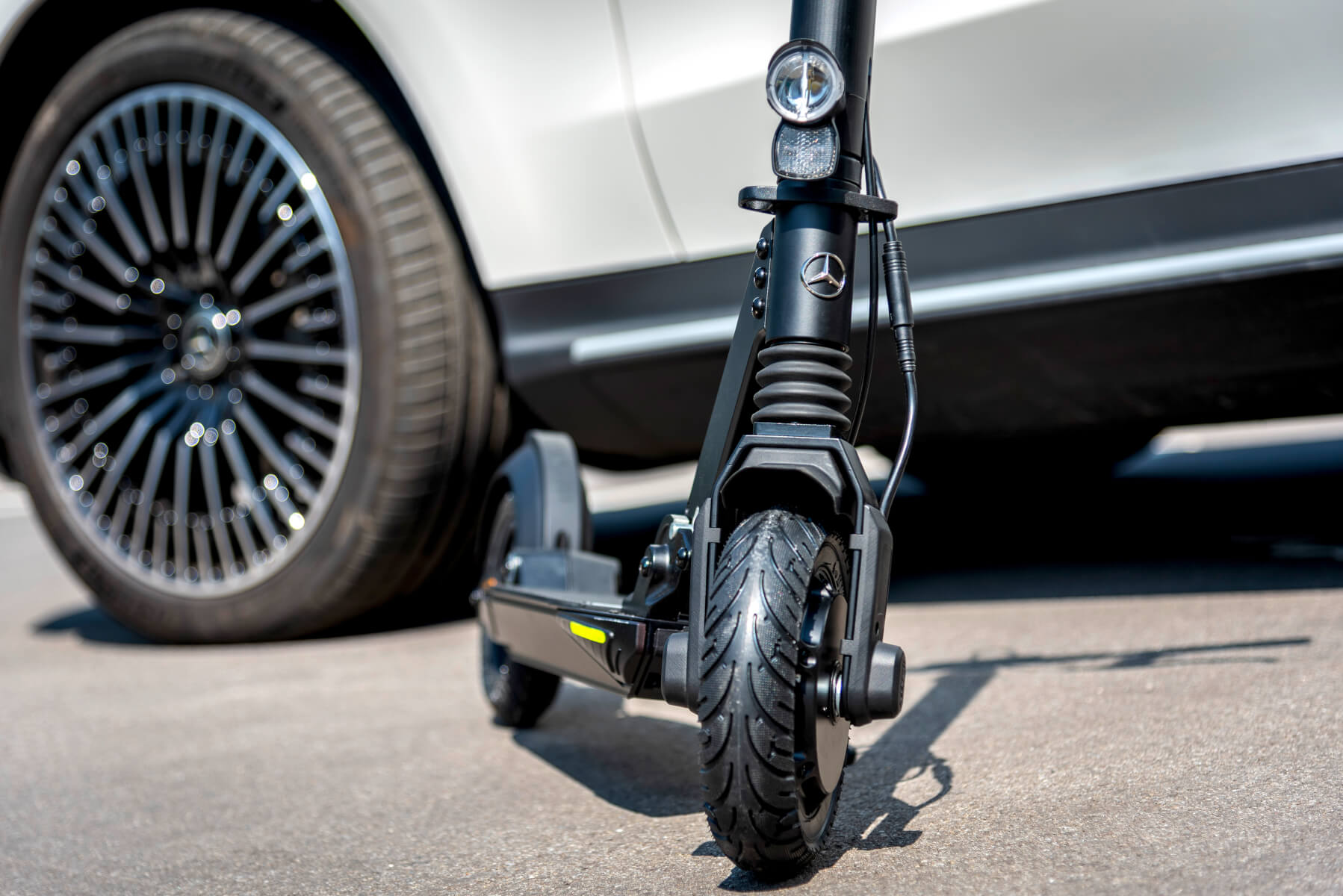 When you say Mercedes-Benz you usually think of really nice, sleek, quality cars, definitely not electric scooters. However, e-scooters have been increasing in popularity in the past couple of years, so why not join in on the fun, right?

Hence, the company recently announced it is partnering up with Swiss scooter company Micro to release its own electric scooters across the German streets.

The announcement itself was actually tucked inside a press release that detailed other Mercedes-Benz items like some over-the-ear headphones and a toy created after the EQC electric SUV.

“E-scooters have only been allowed on German roads since June, and it is already hard to conceive of a traffic scene without them. These agile, electrically powered scooters are the perfect way to cover short distances quickly and without harming the environment.” Daimler, Mercedes-Benz’ parent company said of the product. “The new E-Scooter in the Mercedes-Benz EQ brand family was developed in cooperation with the scooter specialist micro, and is specifically designed for the first or last mile, making it the perfect companion for those wanting flexible mobility solutions.”

The announcement mentions that the scooter will feature the company’s logo on the handlebar stem and that it will be launched in early 2020.

And that’s pretty much it.

There’s no note about its range, speed or any other technical specifications and the only thing we can grasp from the announcement is that the company will be selling them only in Germany upon launch.

The company didn’t even showcase the e-scooter in more detail in the promo images but, considering the launch date for the project is still a long way away, this is probably not the last time we’ll hear about them.