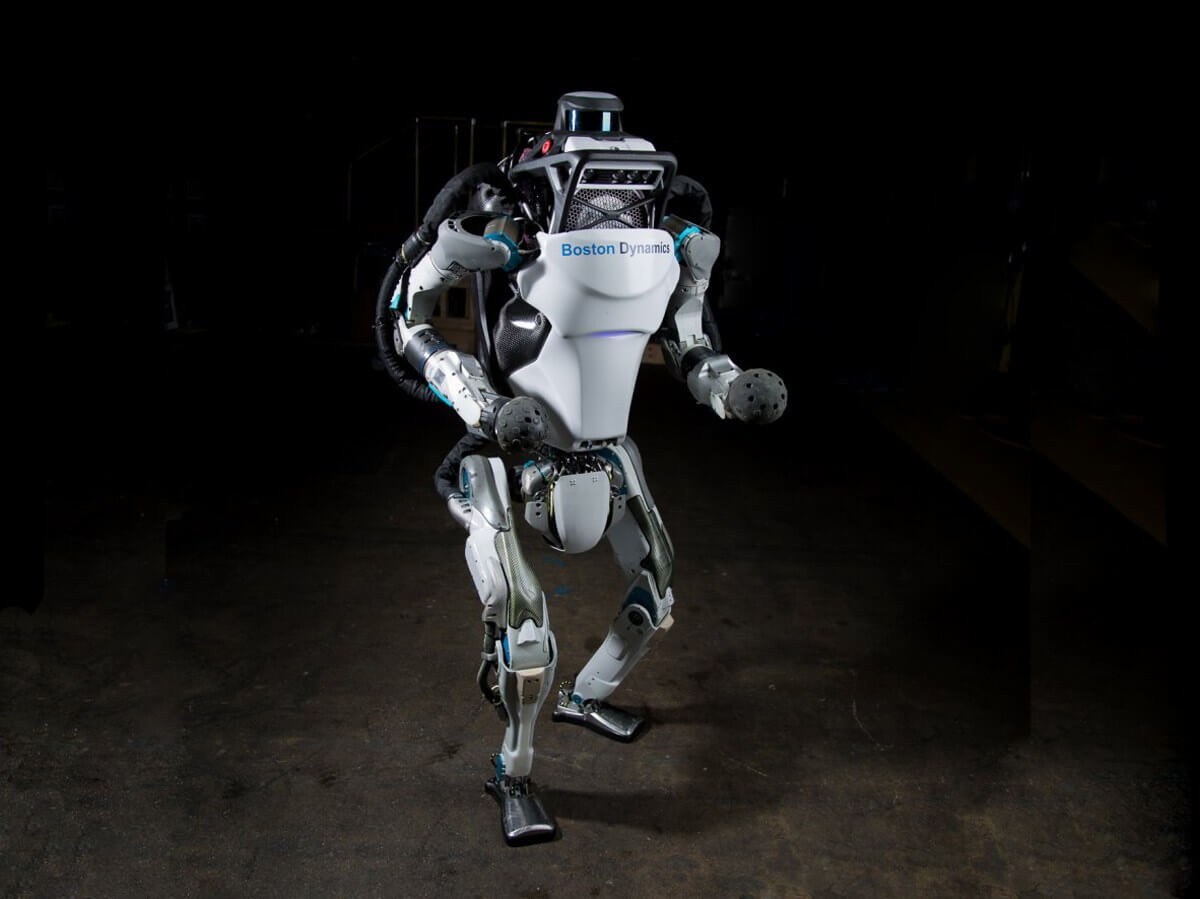 Some of you might remember Atlas, the somewhat terrifyingly nimble bipedal robot that was created by Boston Dynamics.

While the company’s robot dog, Spot is ready to go out in the wild and meet the world, Atlas has apparently been working out. The robot was previously seen performing backflips and some form of parkour but now can also do a bit of a gymnastics routine that includes somersaults and even a split leap.

Needles to say, this is Atlas most spectacular video so far.

According to the video description provided by Boston Dynamics, they are using a ‘model predictive controller’ to help the robot blend all the moves in into a proper routine. The 5-foot robot benefits from 28 hydraulic joints which help it achieve a wider range of motion and perform them more smoothly.

As expected from the company, Atlas does not lose its balance at any point and can easily get back up every time it rolls on its back.

However, Atlas is not without flaw: the robot has an 80% success rate and it does sometimes falter. Basically, for each every five attempts, he will fail once but at the end of the day, those are not bad numbers at all.

Even so, don’t expect Atlas to participate in robot Olympics: in spite of its improved agility, the better it will become, the bipedal robot will most likely find a job navigating unpredictable environments and act as the first responder of the future.

For now, Atlas remains nothing but a research robot that is used as the foundation for what is to come so we will most likely not see it become commercially available at any point in the near future.