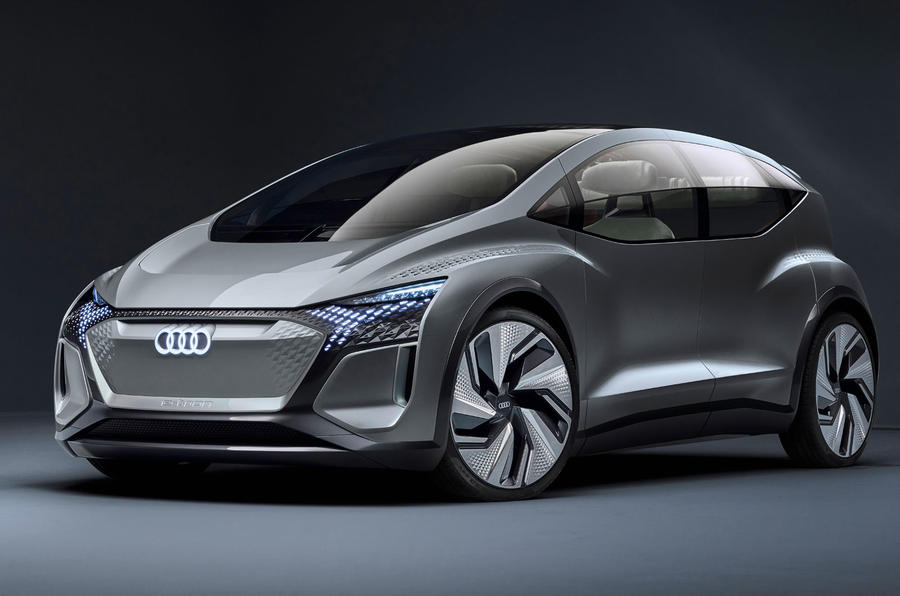 The new Audi AI:ME concept car has made its official debut at the Shanghai motor show and introduced itself as a zero-emissions hatchback that has been developed with city use in mind, and it shows: the car features sleek, compact lines, fit for the urban environment.

The AI:ME has a 65kWh battery that rests under the floor and drives a 167bhp motor that sits, in turn, on the rear axle. The car would be capable of driving at speeds between 20 to 70kph (12 to 43mph), over short distances, since it’s a vehicle designed for city streets – “extreme acceleration values and top highway speeds are just as obsolete as high cornering speeds and ranges that are suitable for driving long distances,” Audi says.

Design-wise, it’s as futuristic as it can get without losing functionality – for one thing, the car features a wider top side when compared to the bottom and Audi chief designer, Andreas Mindt explained that they chose this particular line for the car because “the widest point is where your head is, where you want the most space“. It’s also worth noting that, in order to direct the air to your body and not your face, the car only opens the bottom half of its windows.

The car features LED lights front and back, designed to send signals not only to pedestrians but also to the other vehicles, via light sequences and colors.

On the inside, the cabin is minimalistic: since the car is designed with Level Four autonomy in mind, we can find a retractable steering wheel in front of the driver and two tables, a food storage unit and even magnetic cup holders.

All the other storage areas are open, such as the dashboard and the door cubbies, in order to minimize the chance of anyone leaving their belongings behind, if the car is being shared but also to offer more space and smoother design lines.

The car’s infotainment and other systems are operated via an augmented reality display, which can be controlled by gesture or simply by eye movement. Another option for operating it is via touching the panels built in the doors.

All the materials used for the cabin are soft and tactile and, believe it or not, live plants are built into the dashboard and the panoramic roof to highlight the built-in air filtration system.

The AI:ME follows the 2017 Aicon and 2018 PB 18 concepts and is part of a four-part series of cars, which will be completed in September at the Frankfurt Motor Show, where the company will unveil the fourth and final concept car.