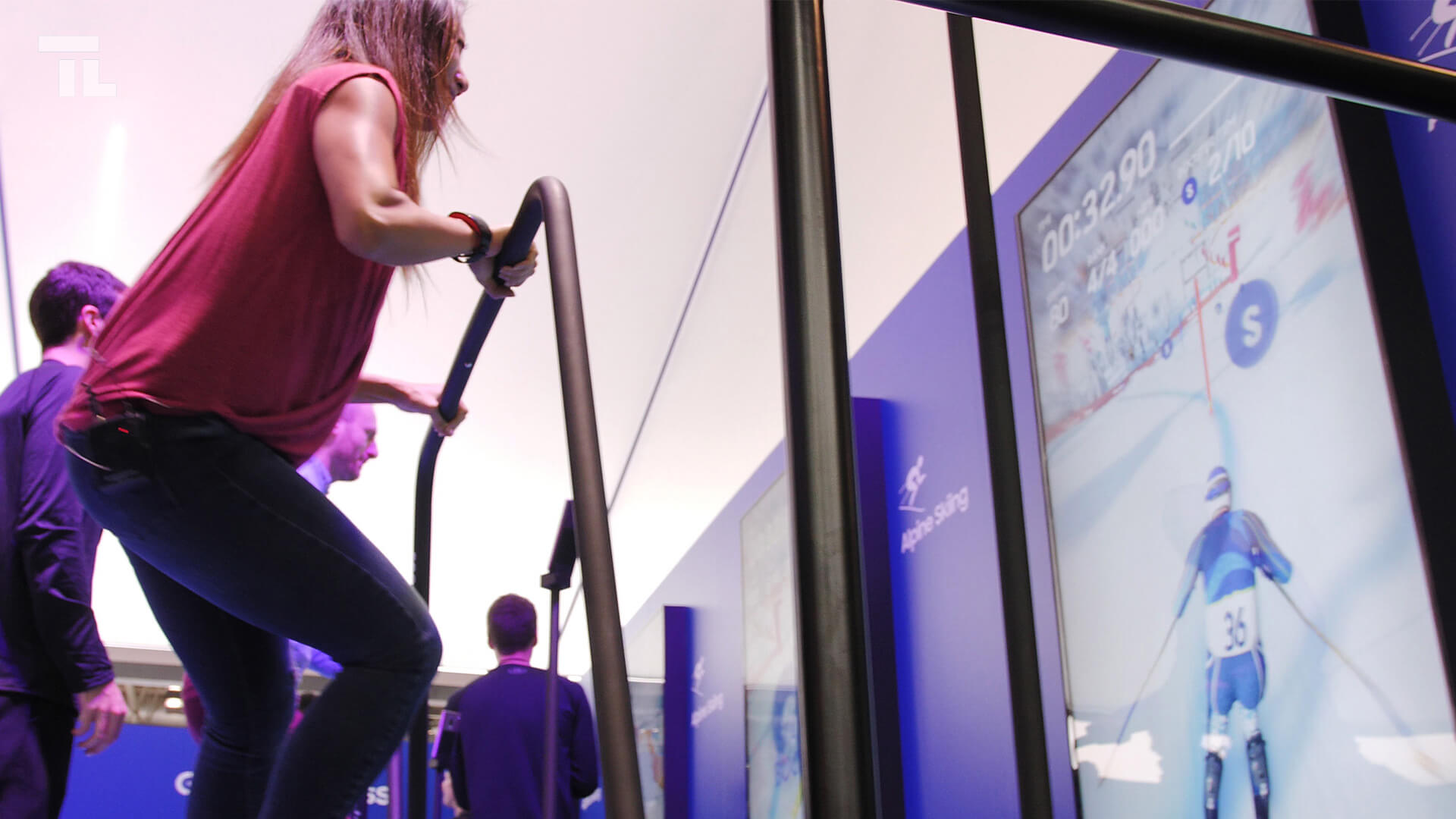 While our trip to Barcelona for Mobile World Congress (MWC) was mainly to check out new tech and report it back to you all, some of the tech here was so exciting that we ended up having the time of our lives testing different products. Some of the devices took us on the slopes without leaving the convention hall and others transported us back in time. Here are the best things we experienced at #mwc18!

Indoor skiing, as fun as the real thing

Hall 3 had, by far, the most eye-catching booths and experiences. A lot of the brilliant tech we saw was showcased at the Samsung booth, which was all the hype this year. To demonstrate their new fitness tracker, Samsung organized a ski race of sorts. 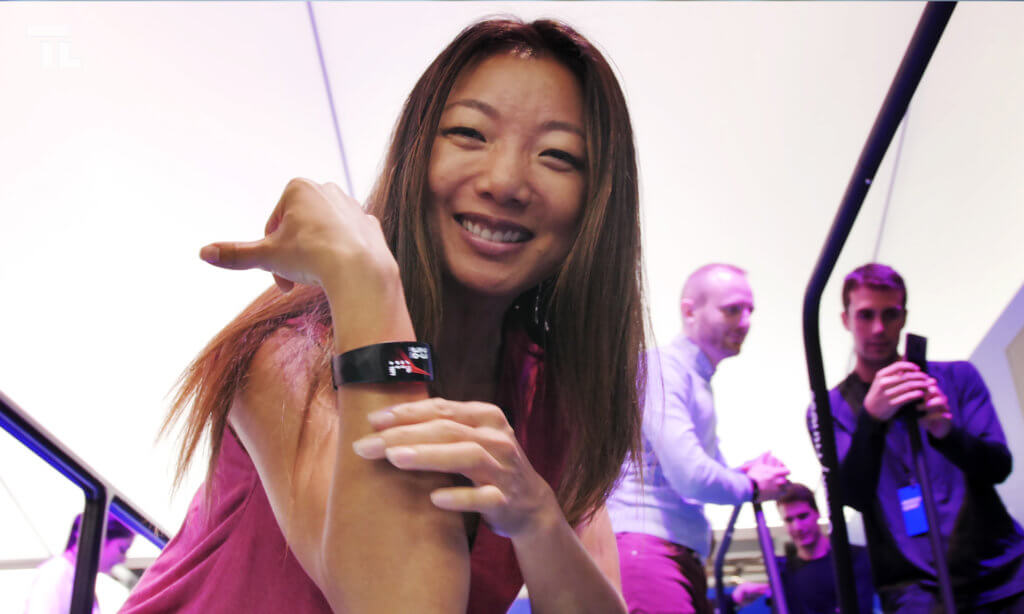 Yue Xu, Tech The Lead’s reporter, was brave enough to try out their machine and challenge two other contestants. On a stepmaster-like machine, Yue started skiing down a mountain! Forcing her to do snowplow turns and keep within the area marked, the game helped her burn quite a bit of calories by the bottom of the mountain. It seemed so fun that it didn’t look like it took any effort!

Although Mobile World Congress is filled with phones, wearables, tablets, and the sorts, there were a couple of robots that captured our attention. Like the delightful Pepper. Now, the humanoid bot is sassier than ever as we discovered in a lengthy conversation with it. 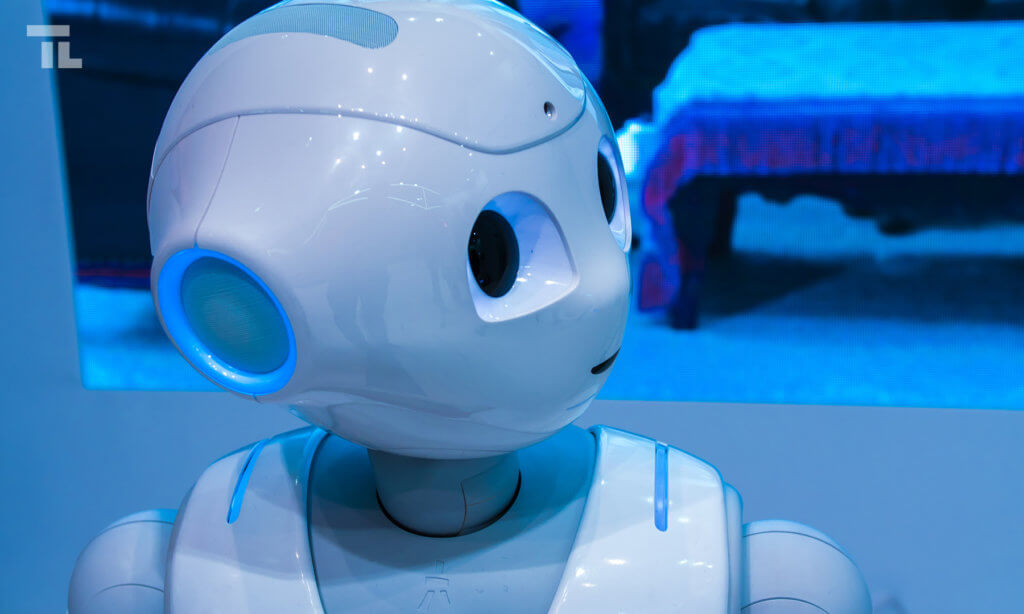 Some of you may remember the last time we saw Pepper and it has grown so much that it can now carry on a dialogue with a human! It takes into consideration context as well, thanks to artificial intelligence developments. Pepper danced with us and even sent a special message to Tech The Lead readers back home!

TBT/ A jump in bullet time

In #throwbackthursday style, the Nokia 8110 made a comeback! Yue was sold by the Nokia 8110 4G, which is the banana phone reloaded. With 4G LTE support, colorful screen, Snake and OS on board, it’s almost hard to say no to the newly upgraded iconic Nokia phone. 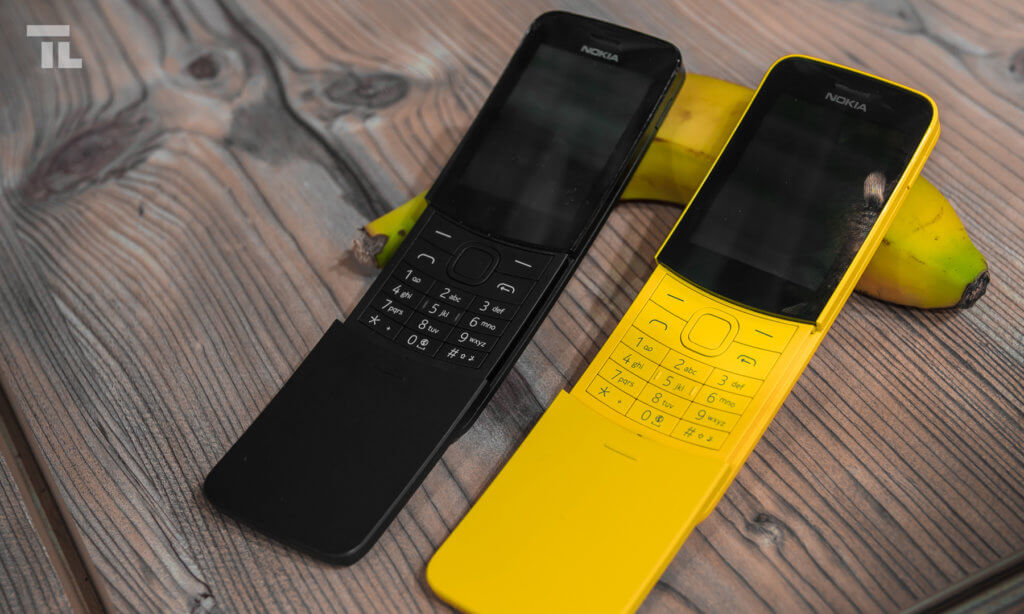 HMD Global (the ones who bought Nokia) was super nice and nostalgic bringing this phone back! It’s hard to believe that they brought us this blast from the past! Watch the moment here:

Meanwhile, check #TTLlive on social media for all the MWC18 coverage and check out our YouTube channel for exclusive interviews and hands-on videos!