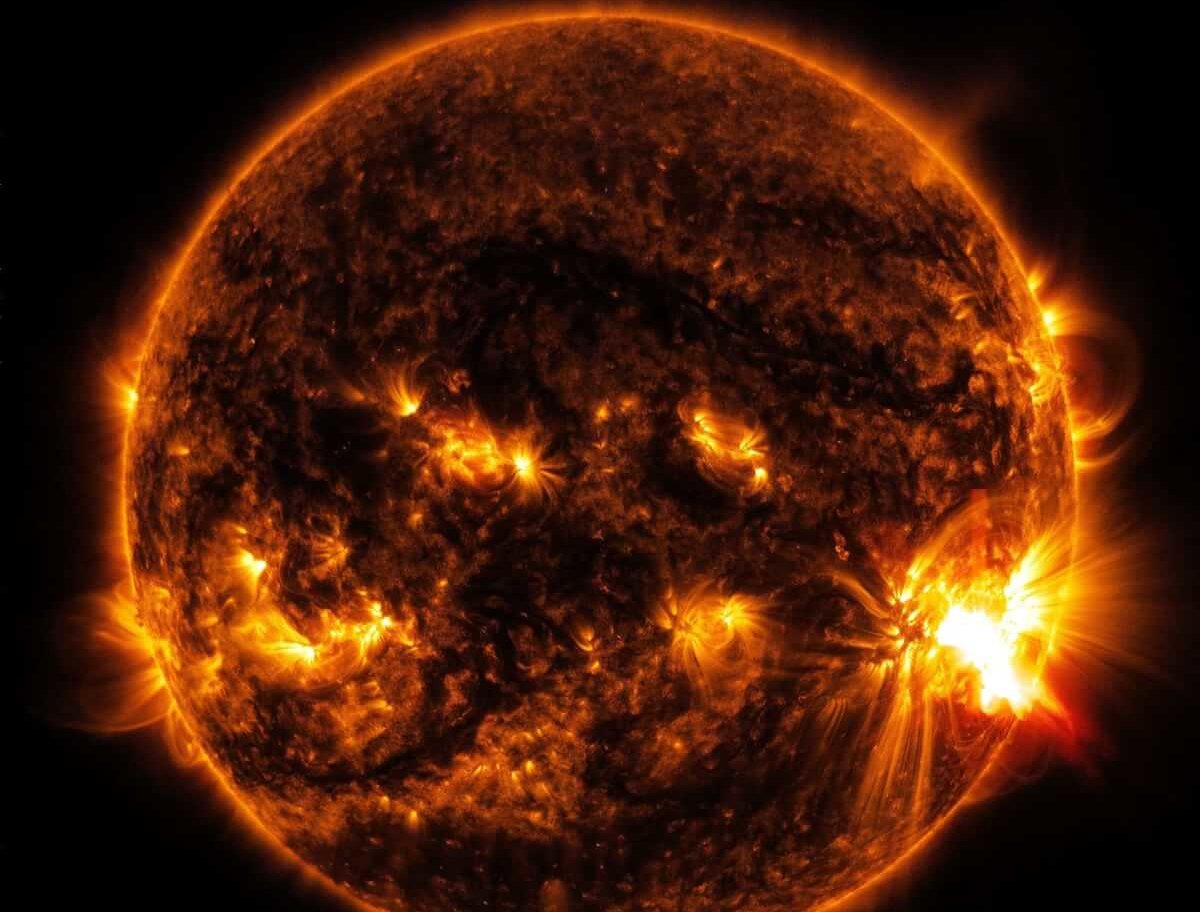 Yesterday morning, the Sun acted out. NASA’s Solar Dynamics Observatory captured two huge solar flares, one of them being the biggest registered in more than a decade. The impact of that solar flare on Earth was serious enough to disrupt radio communications #todaymagic

NASA reported two strong solar flares (from the X-class) yesterday morning, taking place at a couple of hours distance from each other. Of the two massive explosions, the second one, observed at 8.02 am EDT, was an X9.3 flare, which is considered the biggest one in the last 12 years. According to NOAA, it was this one that knocked out radio communications and degraded low-frequency navigation.

Thankfully, the impact was imperceptible to humans. As NASA explains, “harmful radiation from a flare cannot pass through Earth’s atmosphere to physically affect humans on the ground, however — when intense enough — they can disturb the atmosphere in the layer where GPS and communications signals travel.”

Such a solar explosion can send a coronal mass ejection towards Earth. When it hits the magnetic field, it should result in an unexpected Aurora Borealis. With a bit of luck, people from states in the northern parts of U.S. could witness the Northern Lights on Wednesday night. If you live in North Dakota, northeast South Dakota, Minnesota, Wisconsin, Michigan, New York, Connecticut, Rhode Island, Massachusetts, New Hampshire, Vermont, and Maine, there’s a chance you might see it.

That said, solar flares could mess up with Earth in the following months, too. Sunspots like the one that pushed out these solar flares can stay active for months, even half a year.