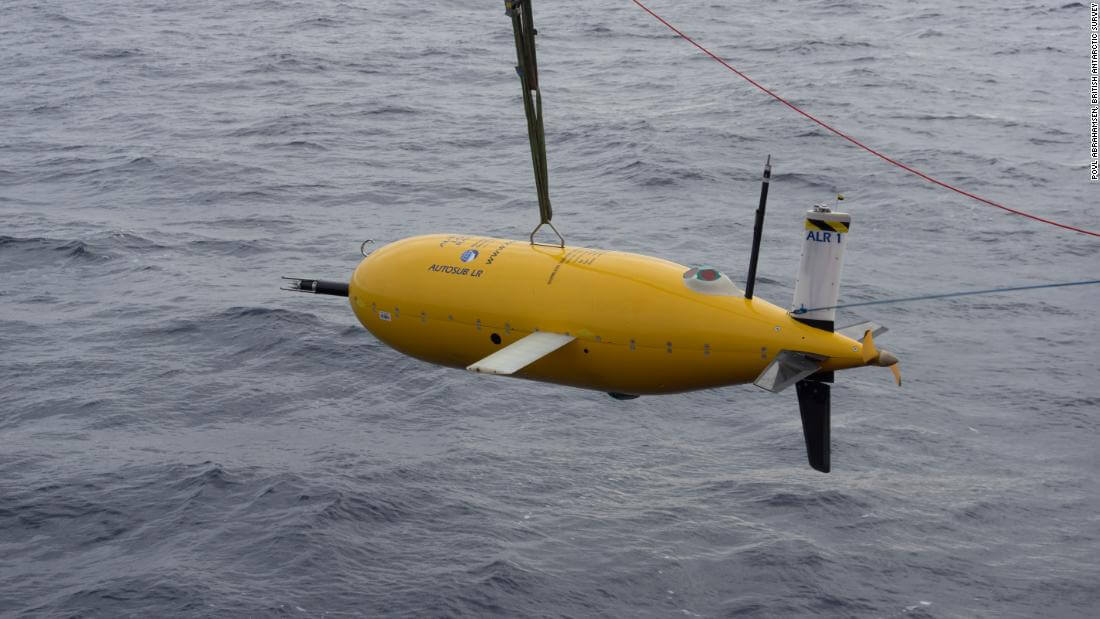 For some reason, back in 2016, the British government allowed the public to choose the name of a £200 million high-tech research vessel. The public unanimously regarded Boaty McBoatface as the perfect name.

However, the governing powers decided that calling it the RSS Sir David Attenborough was more appropriate.

Following the major disappointment that the name change received, they did eventually give the humorous moniker to an autonomous submarine. The sub might have only been mentioned around thanks to its name in the years that followed but it recently performed some research in Antarctica that uncovered more evidence about how climate change is causing rising sea levels.

The researchers published the results of Boaty’s exploration in a paper published on Monday in the Proceedings of the National Academy of Sciences.

Boaty McBoatface was deployed down under in the Weddell Sea, which rests between the Antarctic Peninsula and East Antarctica. The mission lasted for three days, which saw Boaty travel for 112 miles (180Km) through underwater valleys and measuring the temperature of the water, its saltiness and turbulence, at depths of up to 4,000 meters.

That particular sea hosts a pool of icy cold saltwater and, after exploring it via the sub, the researchers discovered that the increasing winds are making the water on the bottom of the ocean even cooler, which, in turn, force it to go faster and create turbulence as it mixes with the much warmer waters from above.

The warm water that results from this turbulence is a strong contributor to rising sea levels and the strong winds that blow across the Southern Ocean are the result of greenhouses gases and the hole in the ozone layer that rests above Antarctica.

“The data from Boaty McBoatface gave us a completely new way of looking at the deep ocean – the path taken by Boaty created a spatial view of the turbulence near the seafloor.” Dr. Eleanor Frajka-Williams of the National Oceanography Centre has said.

The new information is very important, not only because it acts as more proof to the naysayers that climate change is real and it is happening as we speak, but also because all the data Boaty gathered can be used to further polish the models that show us how the climate system works and how it may change in the future.

Boaty will continue to do more research in the future but will be operating directly from the RSS Davis Attenborough as of later this year.