Honda Restores A 1961 Chevy Apache To Its Former Glory 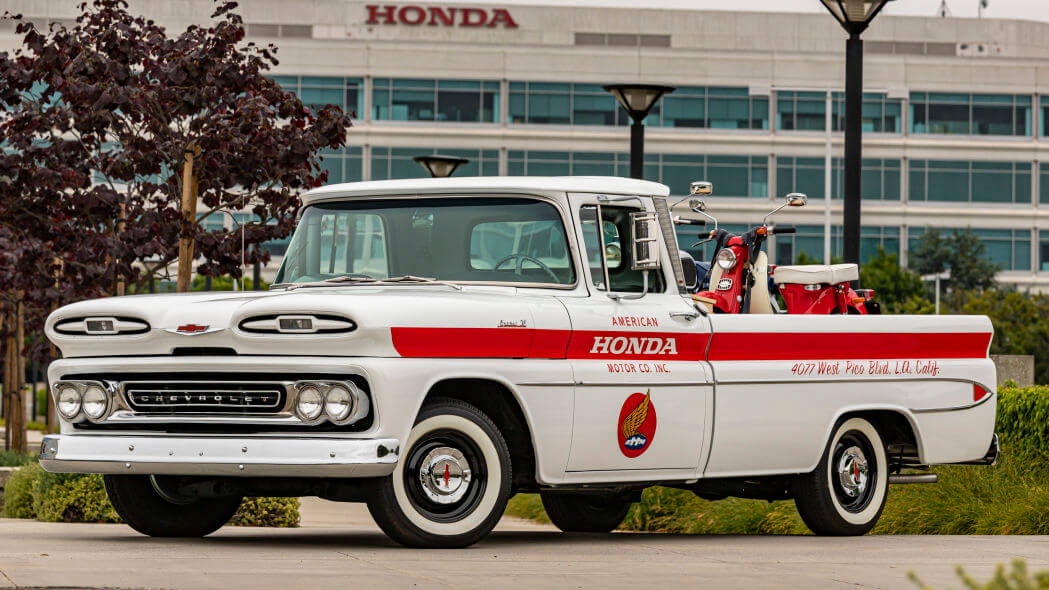 Honda and Chevrolet are now rivals on the car market as well as on the race tracks but, back in the late 50’s, Honda actually counted on Chevrolet to bring its business to the American market.

Back in the day, the company used an entire fleet of Chevy Apache pickup trucks to transport its motorcycles to dealers. These trucks, even according to Honda itself, were critical in helping the company “quickly establish a U.S market foothold”.

By 1965, Honda was the best selling motorcycle brand in the U.S and part of that success also came to be thanks to Chevrolet.

It’s been 60 years since then and, to celebrate its 60th anniversary, Honda decided to pay homage to the trucks that made it all happen. How? They decided to completely restore a 1961 Chevy Apache. 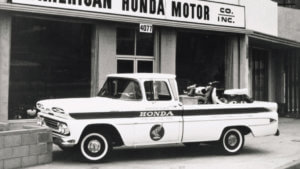 While it’s not one of the original delivery trucks, the vehicle was given not only a 283 cubic inch V8 engine with a three speed manual transmission but it was also painted in the original colors, all details included, even Honda’s original home office address the company used to have in the U.S.

The tricky part was that the entire restoration process was based on just one single photo of a similar car. The image shows the Chevy parked in front of the original Honda U.S headquarters which used to be located on the Pico Boulevard in Los Angeles. 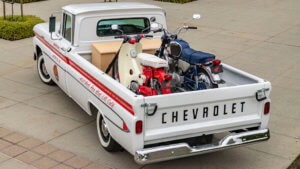 Much of the detail was lost in the photo, including the hand-letter design. In order to recreate it as accurately as possible, Honda had to actually find some of the people who used to work for them at the time and pry it out of their memories.

After restoration, the Chevy was loaded up with two gorgeous vintage motorcycles: the Honda 50 and the Honda CB160, the same ones that were carried by the truck in the photograph. 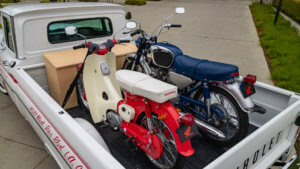 The company plans to show off the truck at a few automotive events that will take place in Southern California but the car and its motorcycle passengers will eventually be permanently displayed at the Honda Collection in Torrance, California.

It will be parked in front of a life-size facade replica of the original American Honda headquarters, if you’re interested in going to see it.