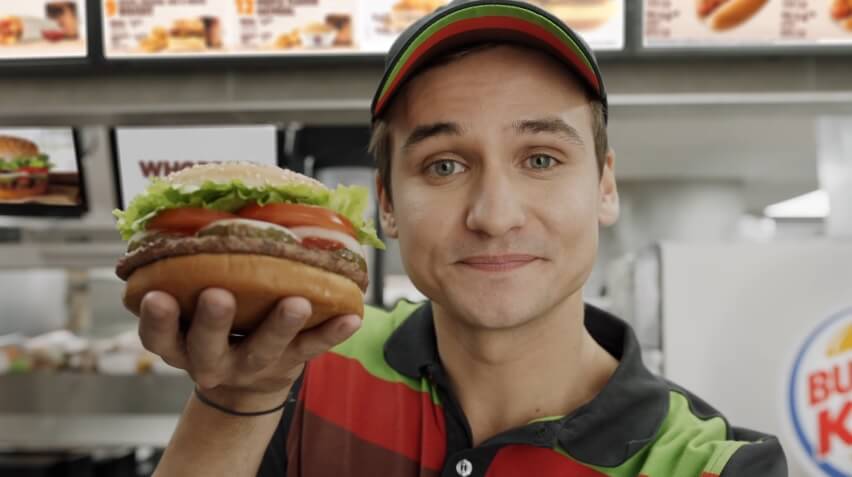 Burger King came up with a infuriating idea for its latest ad campaign. (Un)Fortunately, it backfired and hours later, Google itself found a way to shut it down. Kind of. #objectmagic

Last week, Burger King launched a 15-second ad with one character and one Whopper. What could be said or done in such a short time? Almost nothing. That’s why the company figured it could use Google Home to do the rest. So, the guy from the ad said at the end of the video: “OK Google, what is the Whopper burger?”. Instantly, Google Home started to take the first line from the Wikipedia page of Whopper and described the burger to the listeners.

The idea was pretty clever, granted. But the execution had its weak points from the start. First, the ad couldn’t reach those who watched the ad on their PC with their headphones on. There was no Google Assistant to hear the request. Then, the description of the Whopper on Wikipedia was always free for editing. This meant it could be manipulated from someone from the company but also by various users; if that happened, Burger King could do zero damage control. Third, the company didn’t really think about Google’s stance on using their devices and technology without a previous discussion.

Of course that, hours after release, Burger King got burned.

Before the ad aired, the description of the burger was already replaced with something suspiciously positive. The Wiki entry had been modified. Instead of the objective “The Whopper sandwich is the signature hamburger product sold by the international fast-food restaurant chain Burger King and its Australian franchise Hungry Jack’s”, it read “The Whopper is a burger, consisting of a flame-grilled patty made with 100 percent beef with no preservatives or fillers, topped with sliced tomatoes, onions, lettuce, pickles, ketchup, and mayonnaise, served on a sesame-seed bun.” The editor had the nickname Fermachado123 which is pretty close to the real name of Burger King’s marketing chief, Fernando Machado.

This change didn’t go well with other users who immediately started to edit the entry themselves adding “ingredients” like “cyanide” and “a medium-sized child.” The editing war was finally ended by Wikipedia, that blocked the article from being further modified by anyone who was not an extended confirmed user. Also, the page was reverted to its original state.

If Burger King can’t trigger responses from Google Assistant anymore, then its ads are pretty much for nothing, right? It certainly seems that way. It might be true that bad publicity is better than no publicity but the amount of resources wasted on these ads could have been better invested. Imagine airing a clever, positive commercial on the slots they had secured – prime-time, on at least five channels and 3 shows – and tell me the impact wouldn’t have been equally powerful but better.