Chinese Lunar Rovers Sends Back Photos Of The Lunar Landscape 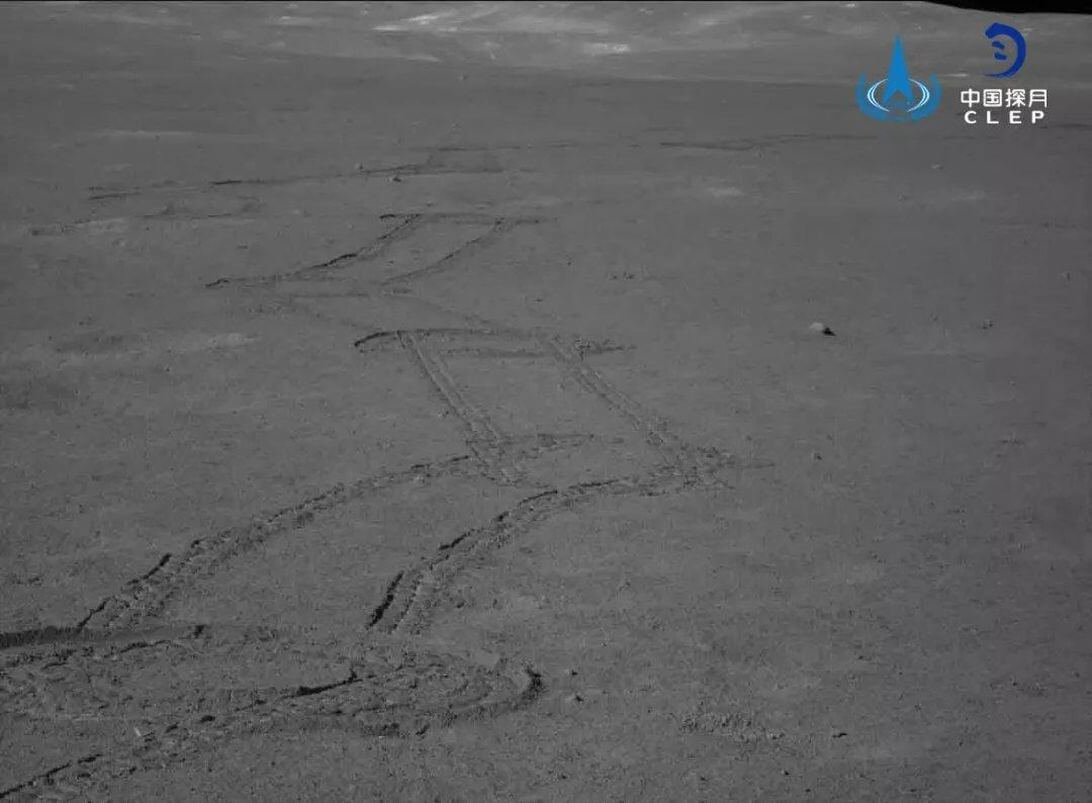 Some of you might remember that, back in January, China successfully landed the Chang’e 4 lunar lander alongside the Yutu 2 (Jade Rabbit 2) rover on the far side of the Moon, making it the first spacecraft to do so in that particular region.

The China National Space Administration plans to use the rover to investigate in detail the part of the Moon that faces away from the Earth. It’s widely regarded as quite mysterious so Chang’e’s successful landing was regarded as quite the feat.

The rover sent the ground team one photo of the Moon back then, which showed the surroundings of its landing spot in the South Pole Aitken Basin – the Moon’s largest and oldest impact crater.

A while later, some of the cotton seeds the rover was backpacking also germinated – the entire process has even been recorded via two small cameras present on the vehicle. Unfortunately, the seeds died when the temperature within the mini habitat they lived in went down.

However, the rover got to business as soon as it touched the surface and has continued to be hard at work ever since.

Over the past months, the rover, being as it is solar-powered, went to sleep during the lunar nights (which are the equivalent of 28.5 Earth days!) and woke up during the lunar days for work. On Tuesday, it went back to a well-deserved sleep but managed to snap two photos of the far side of the moon before the snooze.

One of the images shows the Yutu 2 looking towards the lander, which rests a few feet away while in the other we can see the tracks the rover left in the dust.

Since it landed, the rover discovered that the composition of the lunar surface at the South Pole-Aitken Basin is different than what the researchers back on Earth expected. One of the theories that followed this discovery is that the Moon was, at some point in time, filled with magma oceans.

The oceans had cooled in time and deposited minerals like olivine and pyroxene into the lunar mantle. These elements are normally found deeper in the mantle and another theory suggests they might have been ejected by a meteor that hit the surface.

“Understanding the composition of the lunar mantle is critical for testing whether a magma ocean ever existed, as postulated,” Li Chunlai, author of the discovery study published in Nature, has said. “It also helps advance our understanding of the thermal and magmatic evolution of the moon.“

China will launch a second lunar mission later this year, dubbed Chang’e 5, which will bring 4.4 pounds (2 kilograms) worth of lunar samples to Earth for the first time since the Russian Luna missions, which took place in the 1970’s.