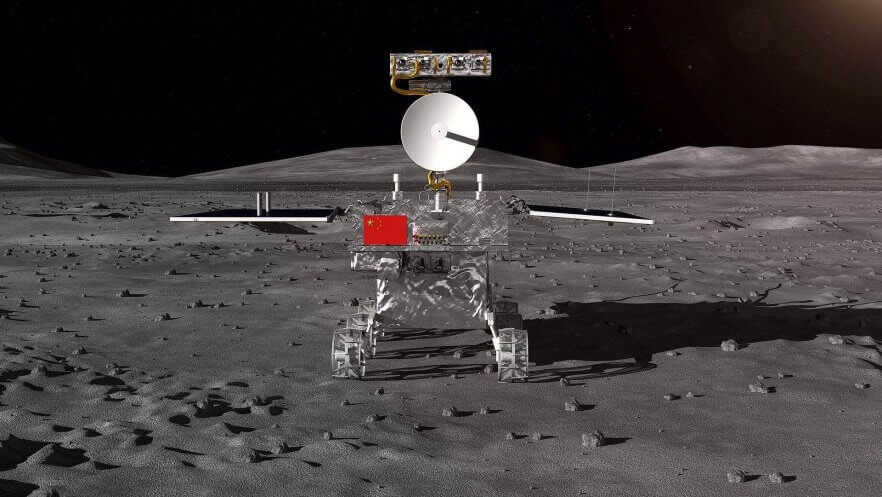 It’s only been a day since we got news from NASA about New Horizon’s successful Ultima Thule flyby and we already have some more good news coming in from space: the Chang’e 4 spacecraft has landed on the far side of the Moon.

China launched the Chang’e 4 lunar probe in December 2018 and the spacecraft is now the very first one that has landed on that side of the Moon.

The probe was launched from the Xichang Satellite Launch Center in the Sichuan Province on a Long March-3B carrier rocket, has been orbiting the Moon since December 12th and officially landed at 10:26 a.m Beijing time on Thursday.

Chang’e landed in the South Pole-Aitken Basin, which is the Moon’s largest and oldest impact crater. From there, the craft will be making experiments for low-gravity plant growth and the relationship between solar winds and the Moon’s surface.

One of the most important experiments will be to assess if any water or other types of resources present at the poles.

“It is highly likely that with the success of Chang’e — and the concurrent success of the human spaceflight Shenzhou program — the two programs will eventually be combined toward a Chinese human spaceflight program to the Moon. Odds of the next voice transmission from the Moon being in Mandarin are high.”

Chang’e cannot receive signals so it relies exclusively on a relay satellite to communicate with mission control. While it’s not ideal, it is actually the best option and might prove to be the foundation for any other future Chinese space missions the country will undertake in the future.