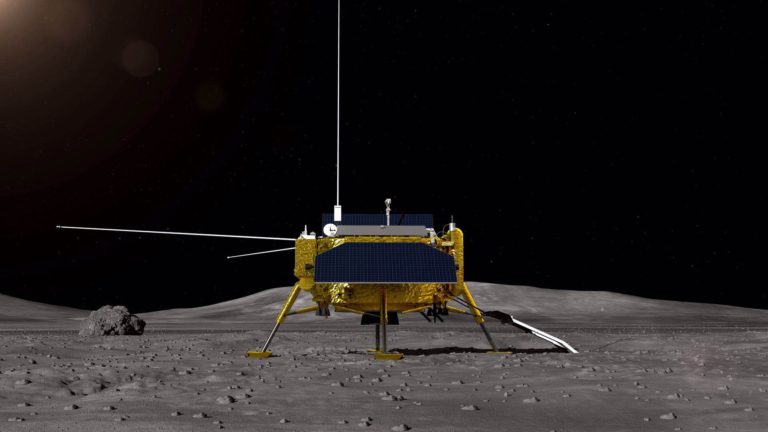 China launched the Chang’e-4 mission on December 7th and successfully managed to send the spacecraft into the lunar transfer orbit.

The probe will be landing on the far side of the moon, which will be an achievement for the Chinese space program: the last time someone saw the moon’s far side was in 1968 when the Apollo mission flew around it.

The far side of the moon is filled with impact craters and the crust on that side is thicker than the other and the scientists have so far not been able to understand why. The probe will, hopefully, be able to provide them with some answers.

“As no astronauts or rovers have ever landed on the far side, we know little about it except for speculation based on remote-sensing images,” the executive director of the Chang’e-4 project, Zhang He, said.

After careful consideration, the scientists decided to land the probe in the Von Kármán Crater in the Aitken Basin. The area is believed to have a lot of research potential and receives enough sunlight to keep the probe functional.

Once the probe will land safely, it will start conducting scientific tasks such as low-frequency radio astronomical observations, terrain surveys, measuring neutron radiation and atoms in order to study the environment in that area of the moon and many other things.

“The soft landing and exploration of the far side, which has never been done before, will gain first-hand information about the terrain and lunar soil components and other scientific data, which will help enrich our understanding of the moon and the universe.”

– Zhang He, Executive Director of the Chang’e-4 Project

While there is no official date set for the landing, the China Aerospace Science and Technology Corp. stated that the probe will most likely reach the far side of the moon sometime in early January.

✍️InSight Mars Landing Successful: The Lander Sends Back A Selfie✍️