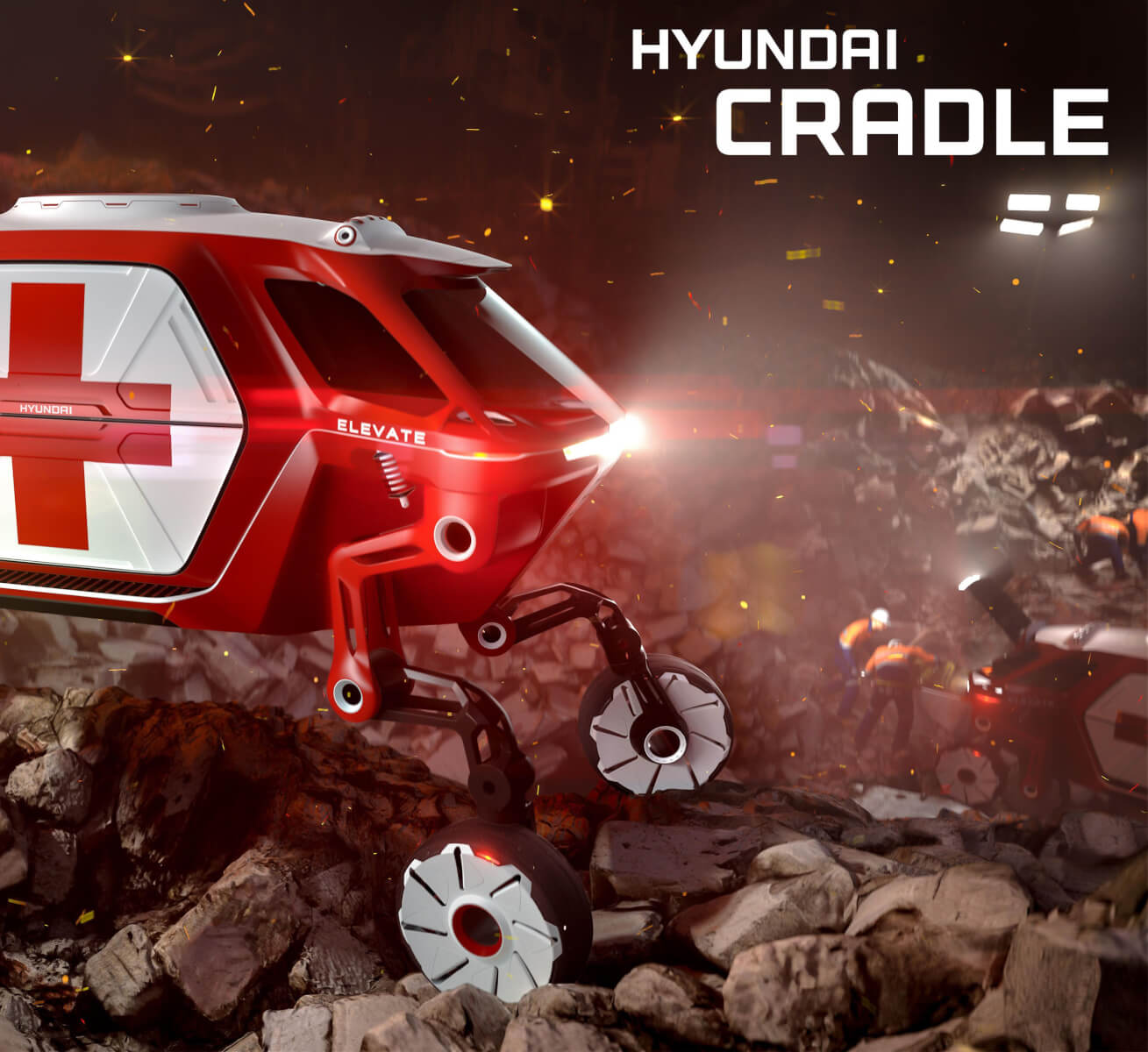 Just when we thought that the CES could not surprise us anymore, it looks like it still has a few things up its sleeve for this year’s event.

Hyundai will bring a new type of vehicle to the show – a car that can not only drive but also walk and climb which, will “take people where no vehicle has been before”.

It might all sound a bit strange but Hyundai accompanied its announcement with a concept photo of the car – which has been dubbed the Elevate – that shows how the car’s wheels rest on a pair of ‘legs’, which add a new range of motion in addition to rolling across the road.

Hyundai has not released a lot of information about the car’s system but what we do know is that it uses an electric powertrain in conjunction with advanced robotic systems.

Judging by the first aid logo on the door, the vehicle would be used by the military, paramedics or search and rescue missions, since it could, technically, be capable of operating on rocky terrain or in areas that are not accessible by other, more conventional ground vehicles.

We don’t know if Hyundai will have a working model on display at CES, but we do have to admit the idea is innovative and unique, to say the least.