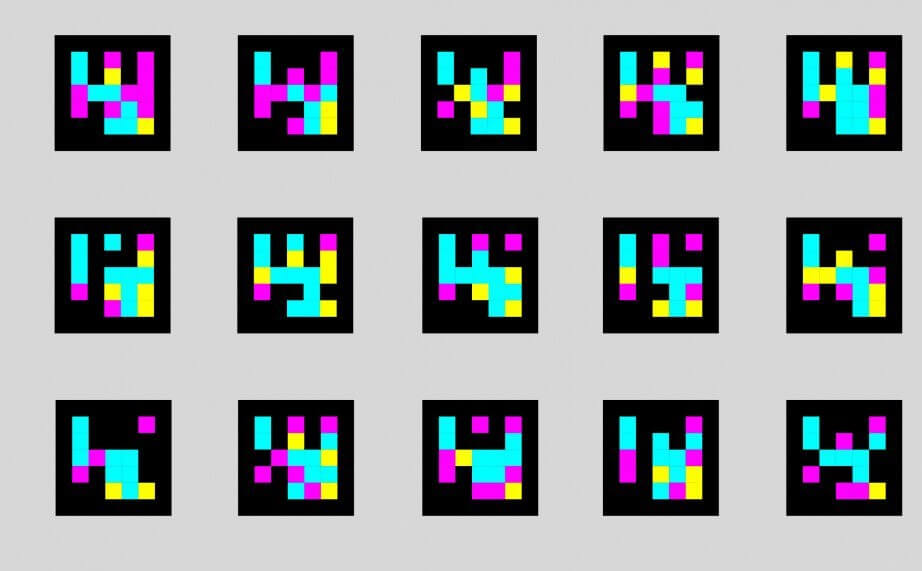 If you happened to visit Barcelona lately, you might have noticed some colorful stickers appearing across the city’s transit system. Each one of them measures 5×5 cm and features colorful squared on a black backdrop and they can be found near exits, platforms, escalators, ticket booths, intercoms and passageways.

You might first think the stickers are just the work of a kid having fun but in reality, the stickers are part of a program created by the public transport service in Barcelona, Transports Metropolitans de Barcelona (TMB), who wants to help visually impaired people navigate the city easier.

The system was developed by the Mobile Vision Research Lab at the University of Alicante, alongside Spanish startup NaviLens.

But how would visually impaired people use what basically is a visual target?

Quite simple: all they need is a smartphone camera and an app. The phone’s camera doesn’t even need to focus and it can scan the tags even at a 160 degree angle and record up to 200 tags within a single frame.

Not everyone was impressed when the program first launched though. Marc Powell for example, a visually impaired judo player who competed in the 2021 Paralympic Games and has tested the system said that people were not all that convinced it would work properly in the beginning.

“We’ve found there’s a bit of skepticism at first,” Powell said, “but it soon turns into a bit of a giggle, and a wow moment of surprise—did I really just detect something 15 meters away? Knowing what’s around: a quiet room, a vending machine, all of those things bring the building back to life.”

Audio cues also guide the user toward the tag and, to get the tag’s contents to be read out, all they have to do is shake their wrist a little and they’ll hear everything they need to know about timetables, the obstacles they might encounter ahead or even physical descriptions of the environment around them.

The tag can be programmed in multiple languages and the phone will automatically select the native language of its user.

“It really seems like magic when you read a label several meters away,” visually impaired Barcelona resident Juan Nuñez said. “Until now there was no alternative but to learn the layout of the stations by memorizing the routes to follow.”

The users can also download plain tags and customize them to whatever their needs might be, which does prove to be very useful in the case of different documents, for example.

The NaviLens system was tested on one subway line and a bus route but it was so successful that Barcelona is now expanding it across all of its 159 subway stations and 2,400 bus stops.