Curiosity Rover's Wheels Have A Hard Time on Mars 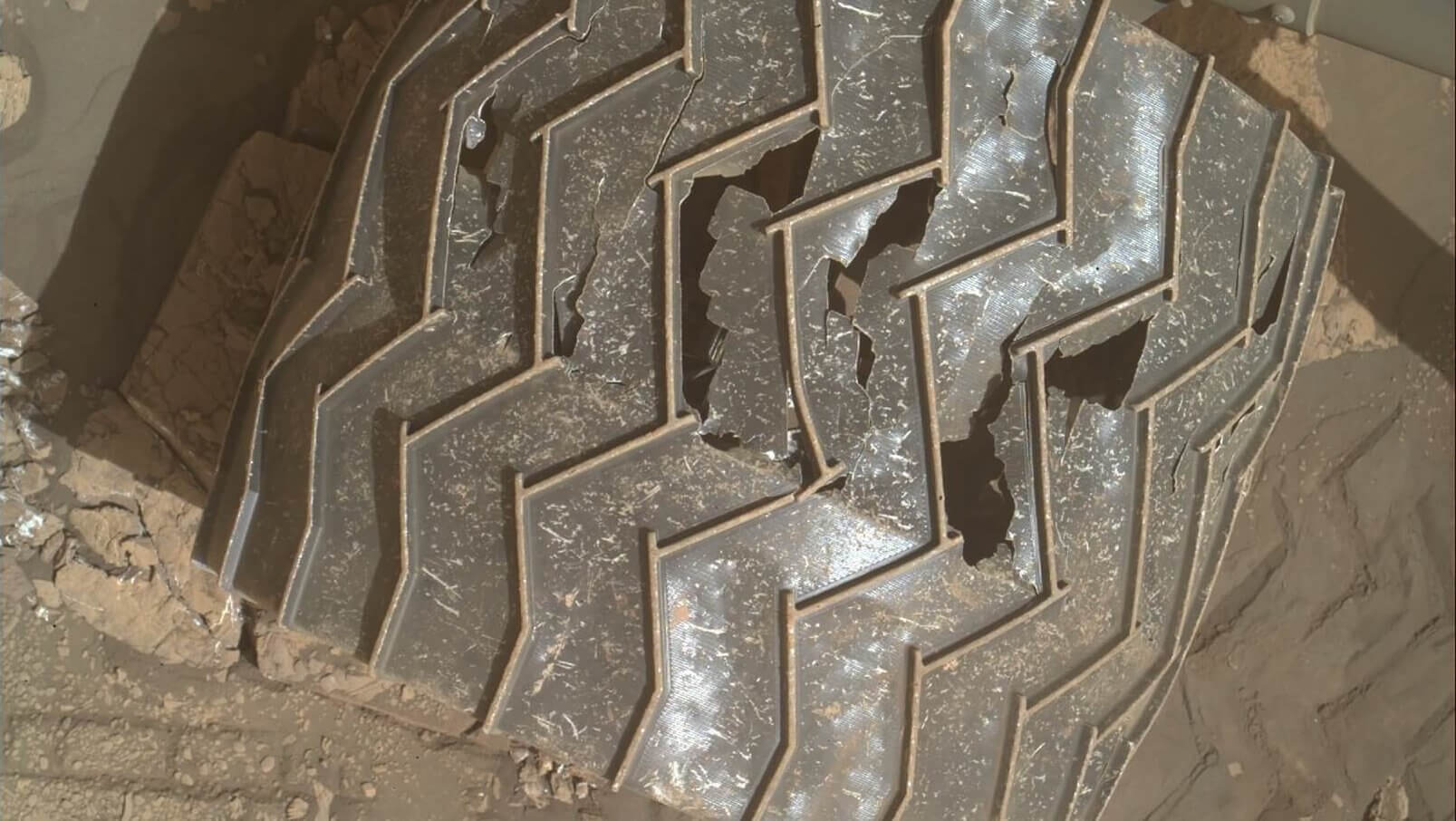 We now know that Mars is not easy to travel across – we’ve seen images of the red planet’s rocky hills and deep valleys for a few years already and the one inhabitant of the planet has recently sent some photos home that show the damage the Martian landscape has pushed onto it.

I am, of course, talking about the Curiosity rover and its wheels.

Every wheel tire on the rover was manufactured out of a single aluminum block. They measure 50cm in diameter and 40cm wide while its treads protrude 7.5mm from the wheel skin, which, in turn, is only 0.75mm thick. That is the thinnest wheel skin the team behind the rover could create at the time.

The rover has traveled 12.99 miles (20.91km) since it reached Mars in 2012 on those wheels and, while that might not sound like a lot considering the time stretch, you have to remember Mars is not exactly the friendliest environment to be in.

Mission control turned the Mars Hand Lens Imager (MAHLI) camera on the wheels on the 7th of July, in order to do some damage control. Using the camera is the only way for the team to inspect that state of the rover and they carry out these checks regularly, to make sure everything is in working order.

What they saw was not necessarily good news but it was also not unexpected: the wheels are quite dented due to all the rough terrain they had to tread on and feature quite a few prominent holes scattered across their surface.

The Curiosity team has been aware of initial dents and holes since years ago and they did everything in their power to minimize the damage, including adjusting the speed of the wheels in order to reduce the pressure when the rover traveled across rougher terrain.

“Although the wheels have developed some holes, the testing and modeling that have been done since early 2014 indicate that Curiosity can still travel a number of kilometers on these wheels,” Roger Craig Weins, Curiosity team member assured everyone during a mission update published on the Jet Propulsion Laboratory website.

Thankfully, the rover still has some investigating to do in the spot it’s currently at: the ChemCam it backpacks will be investigating a new target while the Navcam will be looking for dust devils and “take a horizon movie”, which means that Curiosity will stay in one place until the end of the week.

Opportunity, the only other rover who crossed the Martian landscape sadly sang its swansong in February so Curiosity has to hang in there for a while longer, at least until its younger sibling, the yet-to-be-named Mars 2020 rover, will take over.