Designers Draw Attention To The Environmental Crisis In New Exhibition 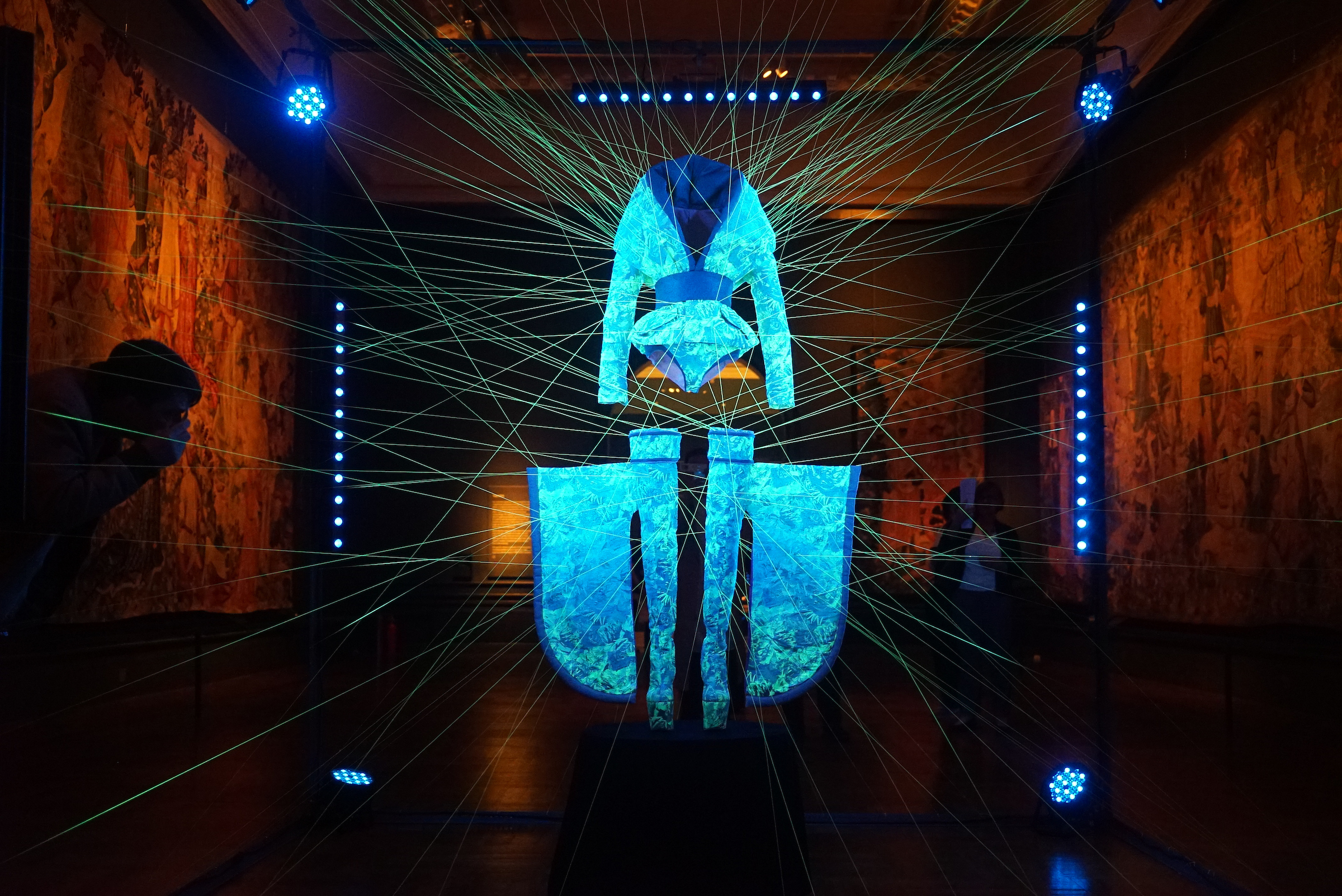 The reason why this event is special is because it’s filled with the creations of designers who want to initiate a call to action concerning climate change and the environmental crisis.

The event hosts over 60 projects from designers from 22 countries, each of them placed into seven categories: Understand, Simulate, Remediate, Salvage, Facilitate, Augment and Nurture. Those who have collaborated the collection are not just artists, they are also scientists, engineers, farmers, programmers and philosophers.

Clothing occupies a large part of the collection and that hardly comes as a surprise, considering it has been often pointed at as the largest contributor to pollution and waste.

Fast fashion for example, is attacked in clothing design projects such as the ‘Infinity Burial Suit‘, which is embedded with flesh-eating microbes that aid the decomposition of bodies.

Western burials make use of harmful chemicals that endanger not only the funeral workers but also the planet – the ‘mushroom death suit‘, as it has been dubbed online, offers a more eco-friendly alternative to death itself.

On the flipside, one of the projects is an Ultraboost sneaker, produced by Adidas and a non-profit organization called Parley for the Oceans, who sources plastic ocean waste and transforms it into a spun textile that creates the sneakers.

Air-Ink targets pollution itself: the project, developed by
Anirudh Sharma of Graviky Labs, uses CO2 emissions from fossil-powered cars and then purifies and distills them into a carbon pigment that can be used to create ink. Their installation features posters created by artists who have used the ink.

Outside the New York museum, in the garden, artist Sam Van Aken grafted a tree, which he called “Tree of 40 Fruit“, which holds 40 rare and local species of fruit, a few of them which have not been produced agriculturally for centuries, in a live installation that asks the visitors to consider their place in nature.

The “Tranceflora” installation on the other hand, is a kimono dress that uses transgenic glowing silk, which was created by injecting the genes of a glowing coral and jellyfish into silkworm eggs.

Around 3000 transgenic silkworm cocoons were needed to create the dress.

These are just a few of the installations that contribute to the project and Andrea Lipps, associate curator of contemporary design at Cooper Hewitt, triennials, admitted and insisted that just design alone cannot help the Earth.

“Design itself is not a panacea. There is much action that needs to be taken at a policy and governmental level to really lead us to the place where we need to be,” Lipps said. “We have the knowledge of knowing the impact of our actions now. The discussion has gotten a lot further than the greenwashing from just five to 10 years ago, and we’re normalizing that conversation that there does need to be some action around it.”