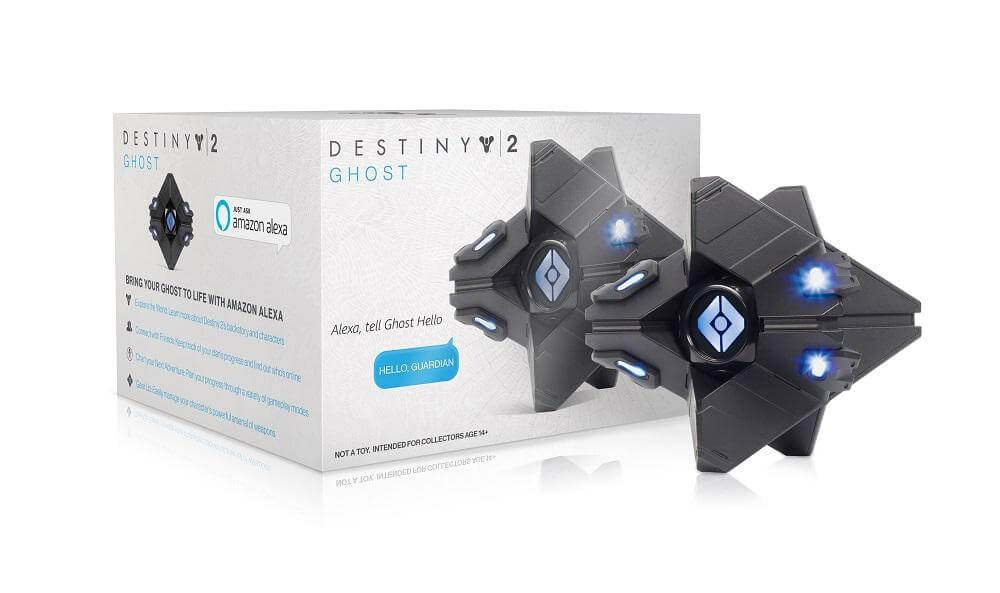 If you’re not a hard-die fan of Destiny 2, you’ve at least heard about the action shooter. It’s addictive to many gamers so it’s no wonder that Amazon took advantage of its popularity and paired with the Activision developers to bring the game’s AI, Ghost, over to Echo #softwaremagic

The artificial intelligence has become a real-life assistant as Amazon paired it up with Echo speakers. Players who tap into this new skill – available already – will be able to give orders to Ghost through Alexa, using commands such as “Alexa, ask ghost for my next milestone.” or “Alexa, ask ghost to equip my best weapon.”

You can also use the new ability to send messages to friends and see who can help you out without having to turn on the console; just say “Alexa, ask Ghost to call for backup”.

There’s also a $90 Ghost replica speaker coming right up this December 19th. That device syncs with Amazon Echo and responds to commands in the voice of Nolan North (the Ghost itself). There are over a thousand custom responses ready to accompany any command, so you won’t get bored or annoyed too easily. Don’t worry, it works with PlayStation 4, Xbox One and PC devices. The blue, built-in LEDs activate on Ghost’s response each time.