Divers Make 4K Video To Preserve Images of The Titanic 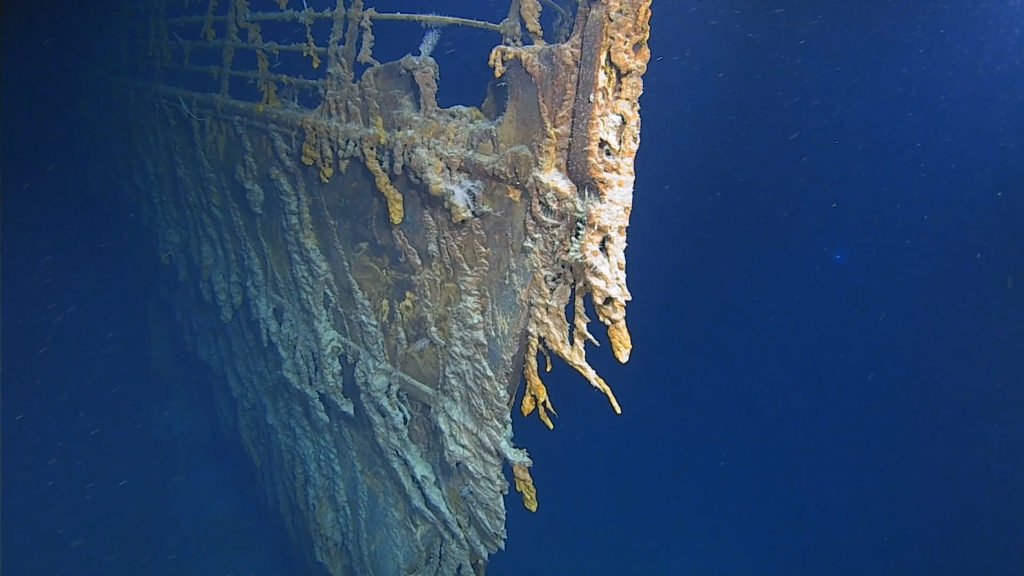 The Titanic has not been visited by divers in a while: the last time someone visited it was in 2005. It has been 14 years since but now, the Triton submersible reached the bottom of the North Atlantic Ocean earlier this month, at the ship’s final resting place.

Once there, a team of divers completed five dives to the vessel in total, which spanned over the course of eight days and captured 4K images of the wreck, images which will be part of a documentary film created by Atlantic Productions, in London.

“Following established U.S. legal protocols and under the observation of an on-board NOAA representative, the team of experts and scientists examined the remains of the ship, capturing for the first time extraordinary native 4K footage using specially adapted cameras, to capture the wreck in a way it’s never been seen before,” Atlantic Productions said of the endeavor in a press release.

The ship has been resting at a depth of 12,500 feet, 370 miles south of Newfoundland since it has hit an iceberg on April 14th, 1912 and, according to the divers, is deteriorating at a fast rate due to a number of factors.

“Salt corrosion, metal-eating bacteria and deep current action are having the greatest impact on the wreck,” Atlantic Productions said. “The team observed one area of deterioration was in the officer’s quarters, where the captain had his rooms. Here the hull has started to collapse, taking with it the staterooms.”

Historian Parks Stephenson, who took part in the dives, said that “The most shocking area of deterioration was the starboard side of the officer’s quarters, where the captain’s quarters were. “That whole deck hole on that side is collapsing taking with it the staterooms, and the deterioration is going to continue advancing.”

The crew, in addition to taking the detailed videos, also created 3D models of the ship using photogrammetry, which will allow them to create a better view of the wreck in its current state via augmented and virtual reality.