DJI Announces $500 Educational Robot That Can Also Race and Battle 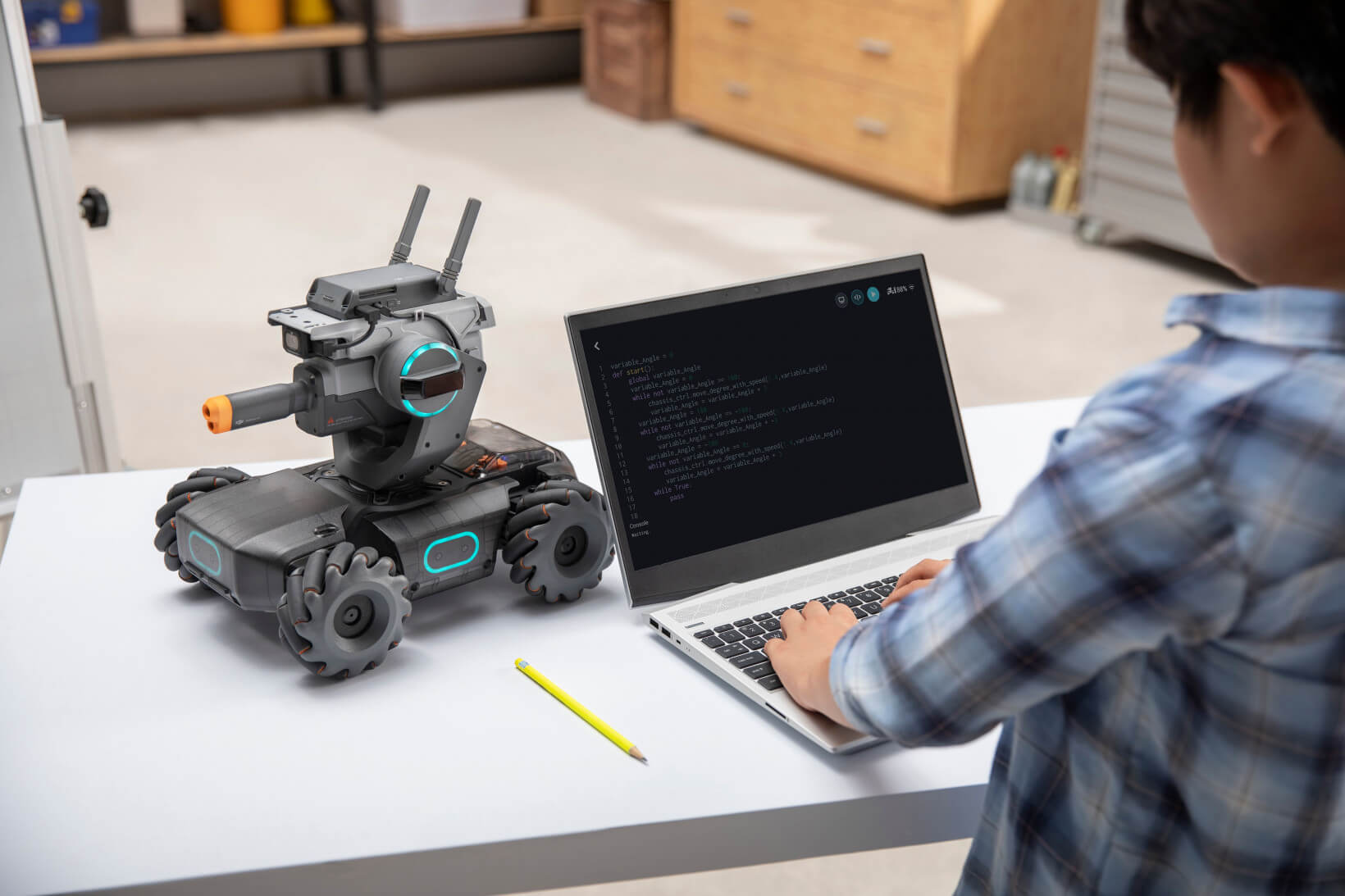 DJI has name a name for itself as a company thanks to the amazing drones it has released and, while its success steadily flies over our heads with a buzzing sound, the company has also begun to plant its feet on the ground with the release of its very first educational robot.

The robot has been named RoboMaster S1 and is designed to ease the users (mostly children) into the world of artificial intelligence, engineering and robotics. It can also be used for racing and battling, which, you have to admit, is the most exciting part.

Its name comes from DJI’s annual RoboMaster Robotics Competition for students. The S1 stands for Step 1.

The robot arrives in modules that can be pieced together and wired up by the users so they can gain a better understanding of what exactly makes it tick.

It’s powered up by brushless motors and a 2,400mAh battery that can give around 35 minutes of use on a single charge.

The set comes with four Mecanum wheels with 12 rollers that aid omnidirectional movement, a mechanical gimbal that comes fitted with a blaster for gel bead projectiles and an intelligent armor tattered with sensors that can detect strikes.

The robot can be controller either via a smartphone app or a companion controller that comes with different modes like Road to Mastery, DIY Programming and RoboAcademy.

There are a set of functions that you can work with right out of the box too.

Among them there’s the ability to automatically follow a line the user mapped out across the floor, to recognize 44 different visual markers, recognize and respond to hand gestures and even claps as well as perform different movements if the robot happens to come across another S1.

Via the app is where the magic happens though: you can use Python and Scratch 3.0, both of which are built into the RoboMaster application, to program the robot however you like, if you happen to have some programming skills. That would mean perhaps adjusting the wheel torque or program special counter attacks for a battle scenario.

According to DJI, building the robot from the ground up should take about two hours and the assembly process will come with goggles and visual markers to help you out.

If you want to grab a RoboMaster S1, you’ll be happy to find out that they are available as of today, with a $499 price tag. DJI will also offer special discounts to students and teachers but the company didn’t yet mention how much that will be.