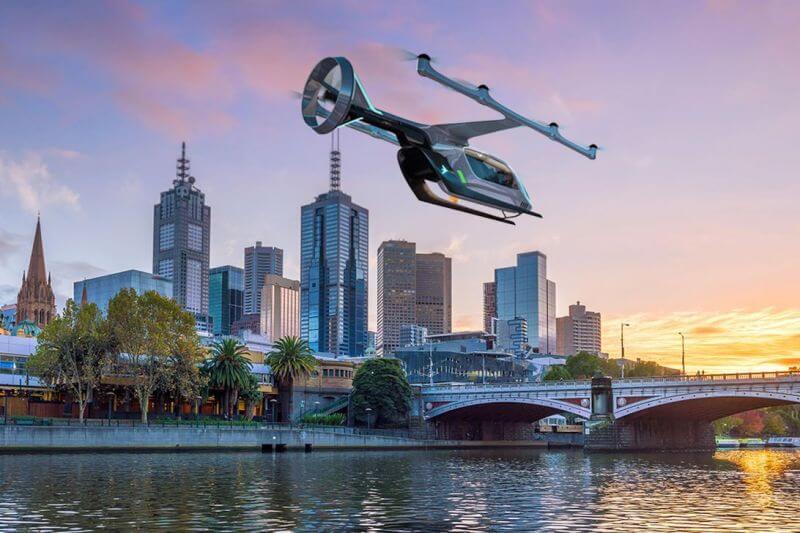 The cities of the future will feature flying vehicles, it’s something we took for granted since 1950’s Science Fiction literature started to emerge. We expected them to make an appearance in the year 2000, of course, but, while their emergence seems to have been delayed, the concept in itself is alive and well and soon enough, we might actually see the Jetsons future we were also dreaming of as children.

Uber has announced on Tuesday that it will use the Australian city of Melbourne as the test site for the company’s first flying taxi service.

The test flights will transport the passengers from one of the city’s Westfield shopping centers to the international airport that rests around 19Km away. Usually, a ground taxi ride would take around 25 minutes to cover that distance but the flying taxis are expected to cut that time down to just 10 minutes.

The taxis wil be ordered via smartphone apps the same way Uber’s ground taxis usually are and, once the service will be fully implemented, the flying taxis will travel across a network of landing pads that are called ‘Skyports’.

“Australian governments have adopted a forward-looking approach to ridesharing and future transport technology,” Susan Anderson, Regional General Manager for Uber in Australia, New Zealand and North Asia told Reuters in a statement “This, coupled with Melbourne’s unique demographic and geospatial factors, and culture of innovation and technology, makes Melbourne the perfect third launch city for UberAir.”

Australia has welcomed the idea with open arms, as it has the potential to reduce traffic congestion, a problem that costs the country a staggering $16.5bn a year. In addition to that, flying taxis might actually prove to be a safer alternative than autonomous vehicles.

“While a driverless car would be faced with obstacles on the road like pedestrians on their mobile phones or other vehicles like trams and buses, aerial autonomous vehicles don’t have these obstructions,” RMIT University aerospace engineer expert Matthew Marino told The Guardian “We need to prove to people that this technology can be as safe as helicopters, which regularly fly in our cities. More research and development are needed in this area.”

Of course, there’s also the added problem of flying vehicles cluttering up the sky and just how environmentally friendly they actually are. For now, we don’t really have answers to those questions, so it remains to be seen if Uber will release any statements regarding those issues.

Initially, Uber was supposed to begin the tests in Dubai but, due to some launch delays, the company turned its attention towards Australia, after announcing that the U.S cities of Dallas and Los Angeles will follow in 2020.