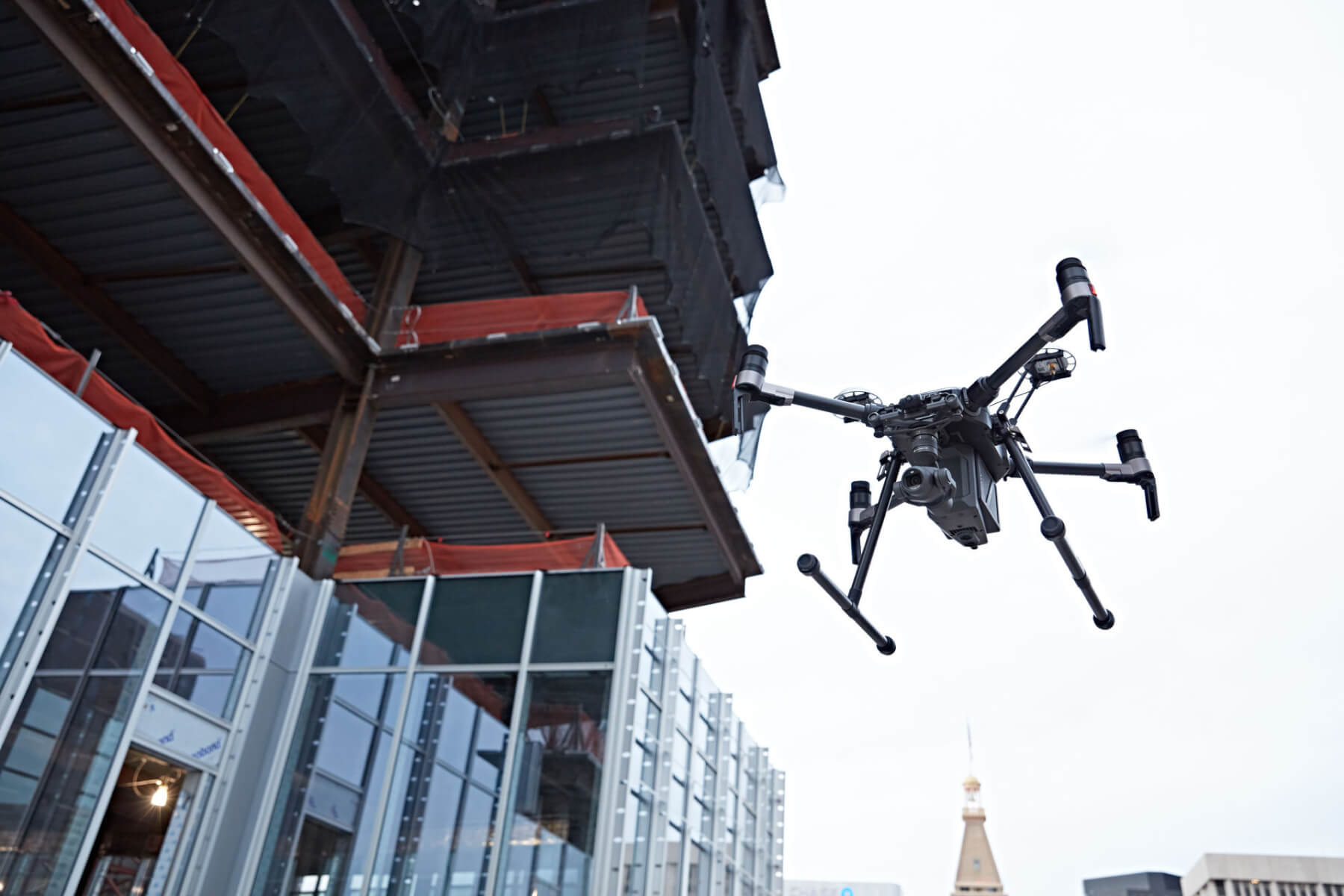 DJI’ consumer drones are among the best and most popular in the world, leaving Intel to take care of the industrial ones. But 2017 brought along a shift in strategy, as the Chinese company has just announced a rugged, versatile, power-packed drone series, Matrice M200, for inspections and search-and-rescue missions #actionmagic

Matrice 200 series is comprised of three drones: the M200, M210 and M210 RTK. Now, the name alone doesn’t say anything, I know, so here is the main difference between them. The M200 supports one downward-facing gimbal mount while the M210 raises the bar with two parallel downward-facing gimbal mounts or one downward/upward-facing gimbal mount (the latter is perfect for inspections underneath objects). The two make faster, various data collecting possible by adding the Z30 zoom camera with optical zoom up to 30x and the XT thermal camera, for example. The last one from the series comes with the added bonus of RTK modules for super precise navigation to the point of centimeter avoidance or descent. 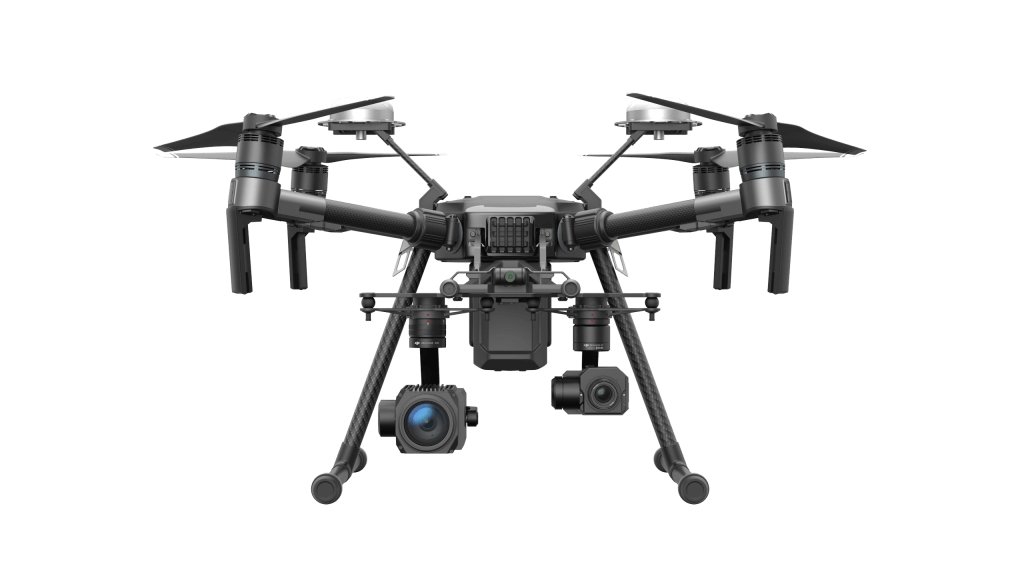 The M200 drones series can fly on a 7km operation range, carry up to 2 kg in payload and stay in the air for up to 35 minutes with a mounted camera thanls to dual battery setup. This module is also helpful when the drone is meant to survey areas with sub-zero temperatures as the drone self-feats to withstand the cold. Talking about the weather, which in DJI’s case is never a boring subject, these industrial drones have an IP43 protection, meaning their weather and water-resistant. 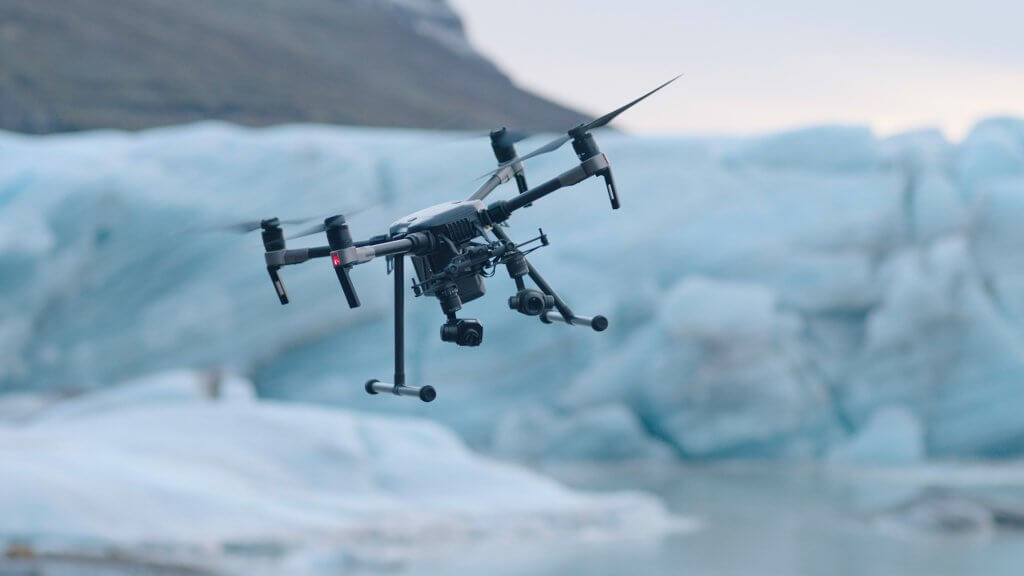 During bridge or buildings inspection, DJI M200 drones can use the Spotlight camera mode, during which the camera locks onto a subject while the UAV moves freely or the Point of Interest mode that allows them  to circle around an object. In search and rescue missions, visual and thermal sensors are vital and operators can use effectively the drones’ Tripod mode which helps with the position framing in narrow spaces or Active Track if they need to evaluate the physical state of survivors or to focus on the efforts of rescue teams on the ground.

This versatility wouldn’t be possible without DJI’s industry-standard cameras. M200 drones are compatible with: 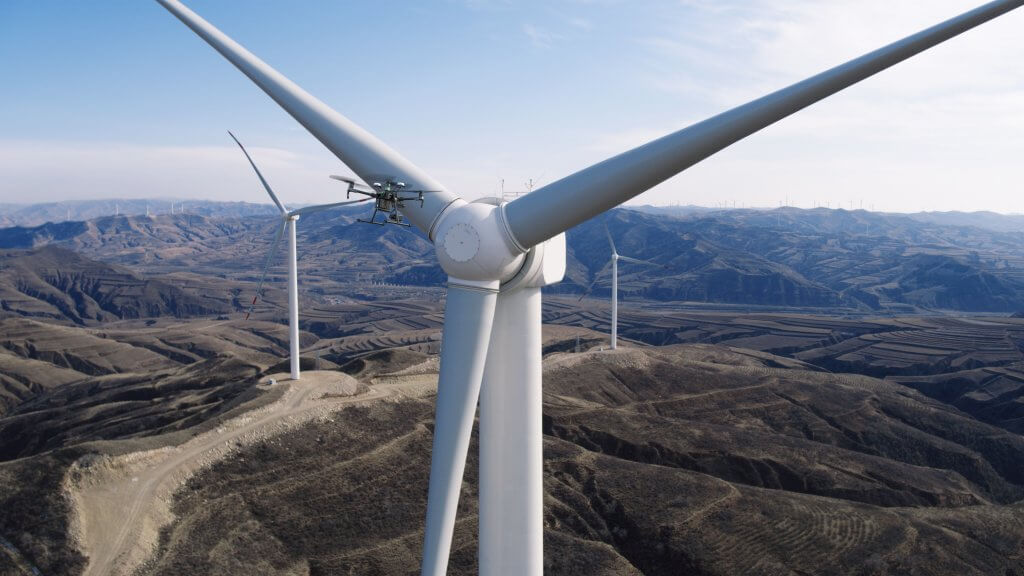 All M200 foldable drones are equipped with forward-facing FPV cameras that come in handy to the operators on the ground. They can see the action on two separate controllers. An alternative are DJI Goggles that offer a bird’s-eye view of the world below.

As for obstacle avoidance, DJI doesn’t disappoint with sensors facing forward, up and down. Plus, the so-called DJI AirSense, which is an ADS-B receiver, keeps track of the position, altitude and velocity of aircrafts nearby.

Pre-orders have just started on the official site, but there’s no public information about shipping date and prices.