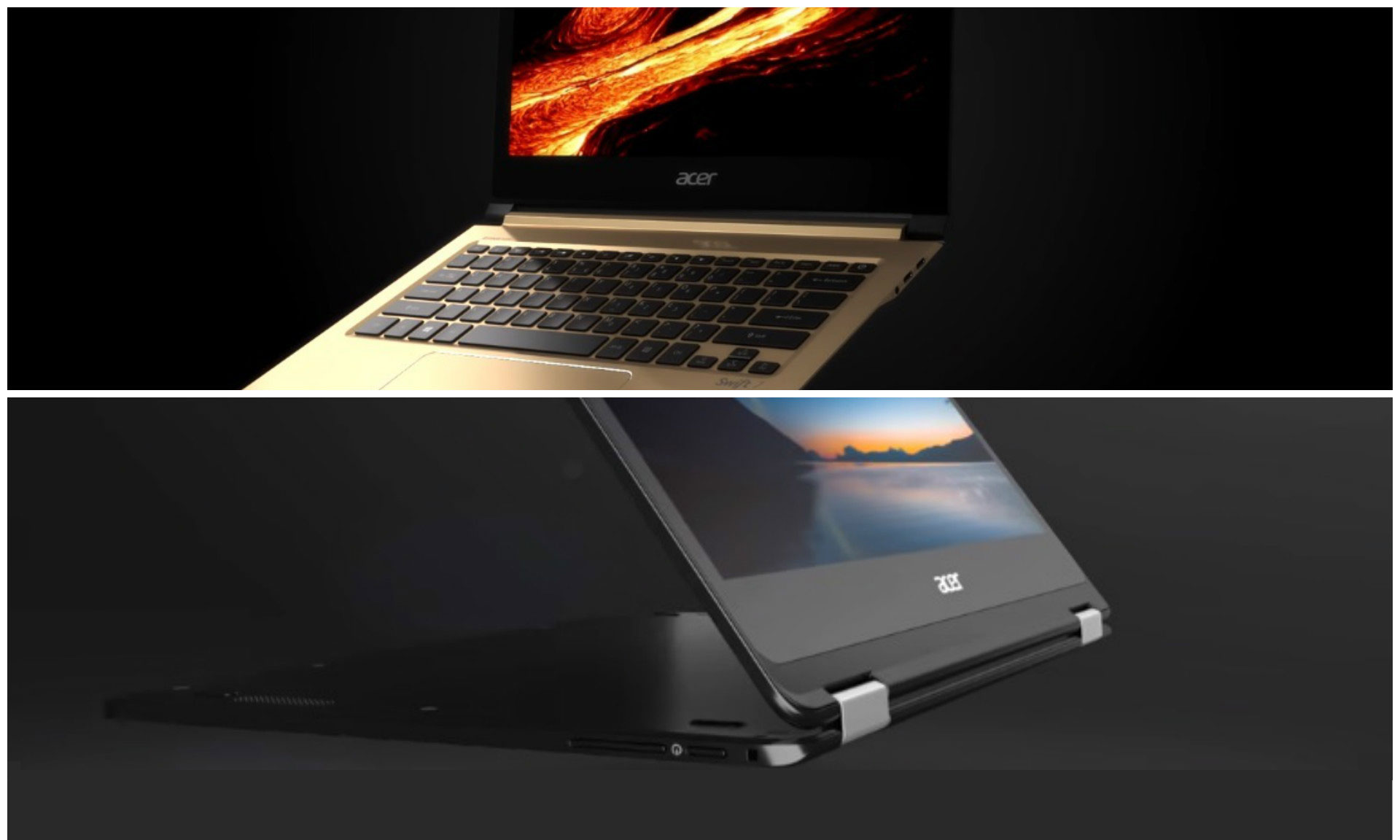 Acer had two aces up their sleeve for this year’s IFA event. One of them was betting on thinner-than-ever devices. Hence, the two new laptops unveiled, one skinnier than the other and both, more slender than Apple’s MacBook Air #hardwaremagic

We’re talking about the Swift 7 and Spin 7. The first is the thinner of the two, with just 0.39-inches in size, a 13.3-inch full HD IPS display with no touchscreen, a very wide trackpad and a great black and gold finish. This one was prepped with new 7th gen Intel “Kaby Lake” Core i5 processor, 256GB SSD and up to 8GB of RAM.

Being so thin, it allows only two USB-C 3.1 ports, headphone jack on the right side; sorry guys, no memory card slot is in sight. Battery should last for 9 hours so if you think it’s a “match”, check it in stores at $999 in October (for US) or this month (for China).

Spin 7 is lighter than its brother, at 2.6 pounds, but slightly thicker (0.43-inches). It comes with a larger 14-inch full HD IPS touchscreen that, as the name suggests, spins around like a Lenovo Yoga. In terms of performance, you can count on the same processor but with a better Core i7 chip.

Expect the same 256GB of SSD and up to 8GB of RAM but with a bit smaller battery life – 8 hours. You’ll find the same USB-C ports and headphone jack, plus an HDR webcam. This one will retail for $1,199 in September for China and October, for U.S.