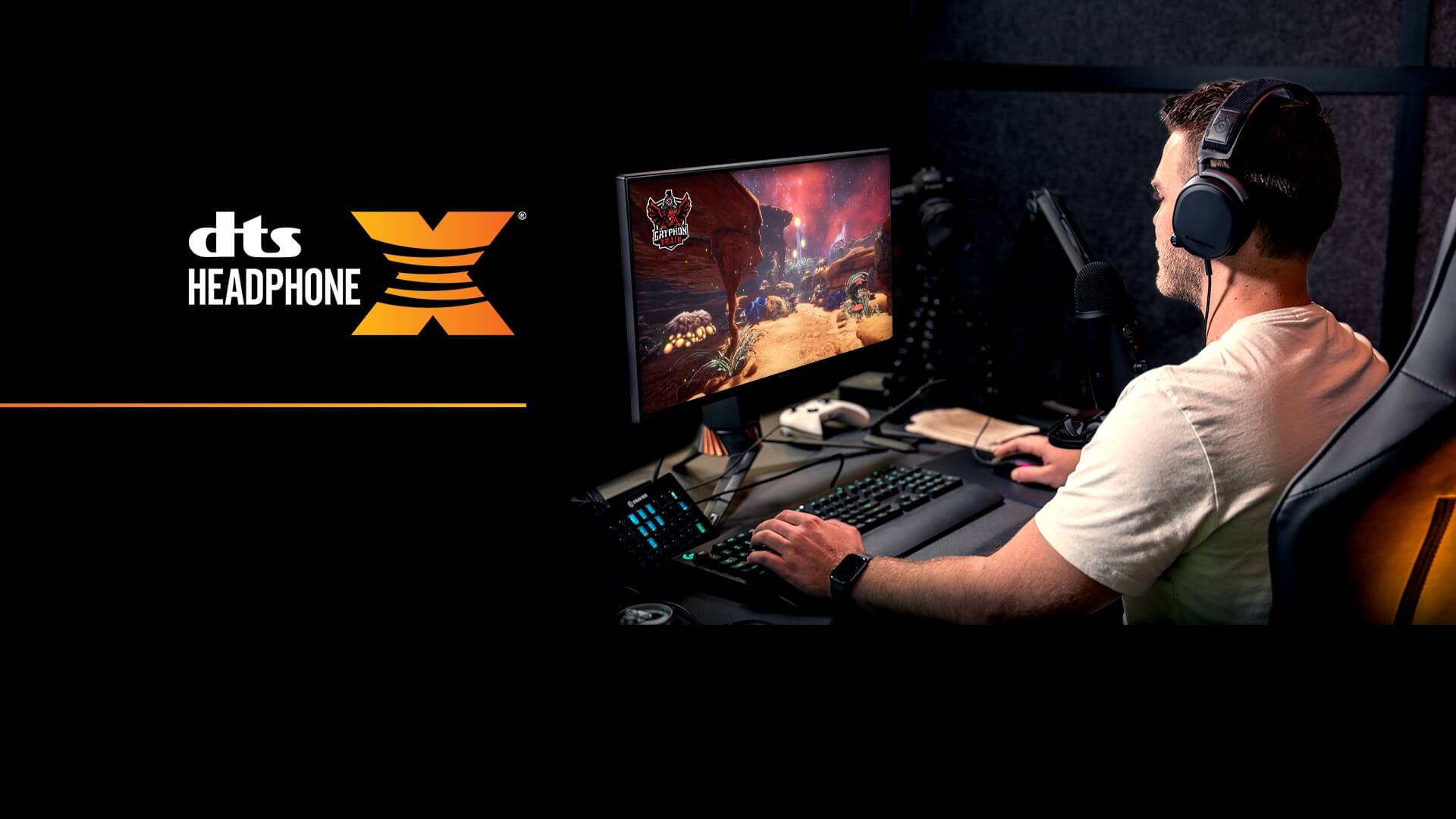 Mobile gaming is gaining traction year after year and console gaming is more popular than ever, but I’ll always remain a PC gamer at heart. It’s the platform where I started gaming with my brother when we were kids and where I’m the fastest player, fingers gliding easily on the WASD keys.

Of course, back then, Age of Empires, Mortal Kombat and Counter Strike were everything we could think of. They didn’t have the graphics, storyline or sound effects most big titles today offer.

In fact, back then, we were “blissfully” unaware of how much audio can bring to the table, especially when the storytelling shines.

Today, however, it’s impossible to remain unaffected by the screech of a Bruxa, the swoosh of a blade or  the growling voice of a war-torn Marcus. That’s largely due to the evolution of audio in gaming. Game developers realized they need audio solutions that can elevate the gaming experience, giving life to the images that pass in front of your eyes, as you click your mouse and smash your keyboard.

Mixing sound for games has become an art in itself and rendering it in a way that blurs the line between the real and the digital world is paramount.

But how can you bring the game in the real world? Well, start by making the sound richer, fuller, all-encompassing. Instead of just hearing a bomb explode on your right and your friend yell from your left in co-op games, you should also hear the helicopters’ propellers above your head and twigs breaking under the weight of your boots.

That implies making the audio not only surround, but 3D.

This is the next step forward-thinking audio companies and game developers are working on now.

DTS is one of the firsts to do so. The audio company has realized 3D audio can not only immerse the player in single-player titles, but breathe life into the storyline, while serving as a competitive edge in e-sports and multi-player games.

So, DTS launched Sound Unbound, an audio app that offers unique, rich spatial sound for users. Luckily for us, PC gamers, the app just showed up in Microsoft Store and works perfectly with Microsoft Spatial Sound.

What is Microsoft Spatial Sound, you ask.

It is a Microsoft feature that you can already find on your Windows 10 device. It comes disabled by default but you can enable it and download the DTS Sound Unbound app from the store. DTS says that, once you do that, you can start a free trial to see how the content sounds before purchase it. If you’re already sure you want the best-in-class 3D audio, you can make a one-time in-app purchase.

From there on, you’ll have a clear, rich, dynamic spatial audio experience while gaming even if you use normal stereo headphones.

That’s because Sound Unbound is comprised of DTS:X decoder and DTS Headphone:X.

Actually, odds are your headphones are one of more than 450 tuned pairs compatible with DTS Headphone:X, so you’ll get the most out of the experience.

You will perceive lifelike sound coming from all directions – not just left, right, front and behind, but also above you.

“DTS Sound Unbound represents a meaningful step forward to extend our gaming audio lead even further with this tight integration inside Windows 10. With ongoing content support from Microsoft delivered to the largest ecosystem in the world, DTS Sound Unbound will enable an unrivaled and immersive gaming experience, benefitting not only DTS’ many licensing partners, but consumers alike.”

DTS confirmed Sound Unbound will also be released for Xbox at a later date, so even when you’re not at home, on your gaming station, you’ll still be able to get the same no-restraints, immersive audio.

What makes Sound Unbound even more exciting for PC gamers is ASUS’ stance on it. Yes, ASUS, a company that doesn’t need any introduction on the gaming market, has teamed up with DTS to bring Sound Unbound for its Republic of Gamers audience.

Sound Unbound is now available as a built-in solution on all ASUS ROG motherboards with an AMD X570 chipset and will come with all future X570 motherboards.

I can only imagine what Sound Unbound on a ROG motherboard will feel like in shooters like Gears 5, racing games like Forza Horizon 4 and sagas like Assassin’s Creed, but also Borderlands 3, Call of Duty Modern Warfare and more.

Frankly, this is probably the best time in history to be a gamer. From the stories out there, to the visual and graphics and the audio that has gone from stereo to 360-degrees.

If you’re not a gamer? No problem, you’ll still feel the perks of installing an app like Sound Unbound during a blockbuster or gripping documentary.