Elon Musk Threatens To Move Tesla Out of The USA 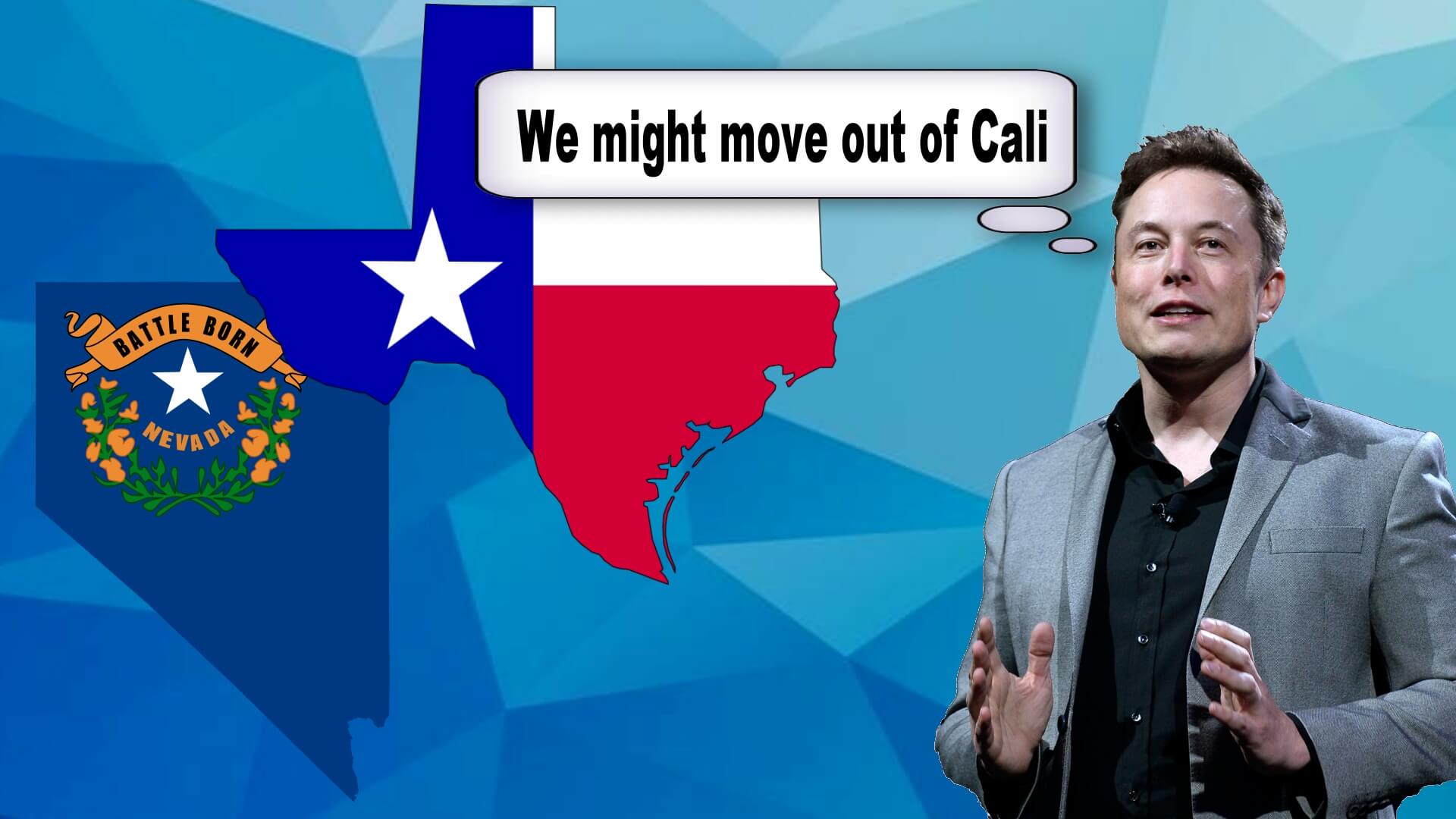 A disagreement between Elon Musk and local health officials in California on Saturday over the reopening of Tesla’s factory in Fremont might be the straw that breaks the proverbial camel’s back. Musk said he would be willing to move the company’s headquarters out to Texas or Nevada.

Musk, currently the company’s chief executive, argued that Tesla needs to return to production, and people need their jobs back. On the other hand, the USA government is seeking a delay of about a week, a fact that enraged the electric mogul enough to vow to move the factory outside of California.

The Fremont factory is located in Alameda County, and the county ordered Tesla to keep the facility shut until the end of May, stating that the car manufacturer is not an essential business.

Frankly, this is the final straw. Tesla will now move its HQ and future programs to Texas/Nevada immediately. If we even retain Fremont manufacturing activity at all, it will be dependen on how Tesla is treated in the future. Tesla is the last carmaker left in CA.

The argument culminated in a lawsuit against the county, Tesla lawyers stating that the restriction is a power-grab, and proceeded to call out California’s governor, Gavin Newsom as he had declared, last Thursday, that manufacturers in the state would be allowed to reopen.

County officials did not immediately respond to a request for comment on the lawsuit.

Musk took to Twitter to warn county officials that he would leave the state if nothing would change. To note, the San Francisco Bay area facility is currently Tesla’s only US vehicle factory.

Tesla is filing a lawsuit against Alameda County immediately. The unelected & ignorant “Interim Health Officer” of Alameda is acting contrary to the Governor, the President, our Constitutional freedoms & just plain common sense!

Fremont Mayor Lily Mei showed concern about the economic entanglements of maintaining the order without provisions for manufacturers such as Tesla to resume operations. Mei, on Saturday, requested the county to work with businesses on “acceptable guidelines for re-opening”.

In this context, we can understand the Free America Now Tweet that he made a while back, Musk having a small bout with the California officials in March over whether Tesla had to halt production. He also criticized the lockdown and stay-at-home orders, calling them a serious risk to the US economy and unconstitutional. It remains to be seen if the California officials will give in to Musk or if we will see a move to another state.

Elon Musk and Tesla have decided to go against Alameda County’s order to keep the factory closed, the CEO confirming that the plant will resume production this week. He stated: “If anyone is arrested, I ask that it only be me.”

Gavin Newsom, the Governor of California said that the officials had a very constructive conversation with the county officials and the Tesla team, and hoped that the factory could reopen as early as next week.

Despite the positive feedback from the Governor and the county officials, the factory opened beyond Minimum Basic Operations on May 11, choosing to defy the state and the county. And it seems that Musk has the backing of the President in this endeavor.