Facebook's Ban On Nudity Protested By… Dozens of Naked People 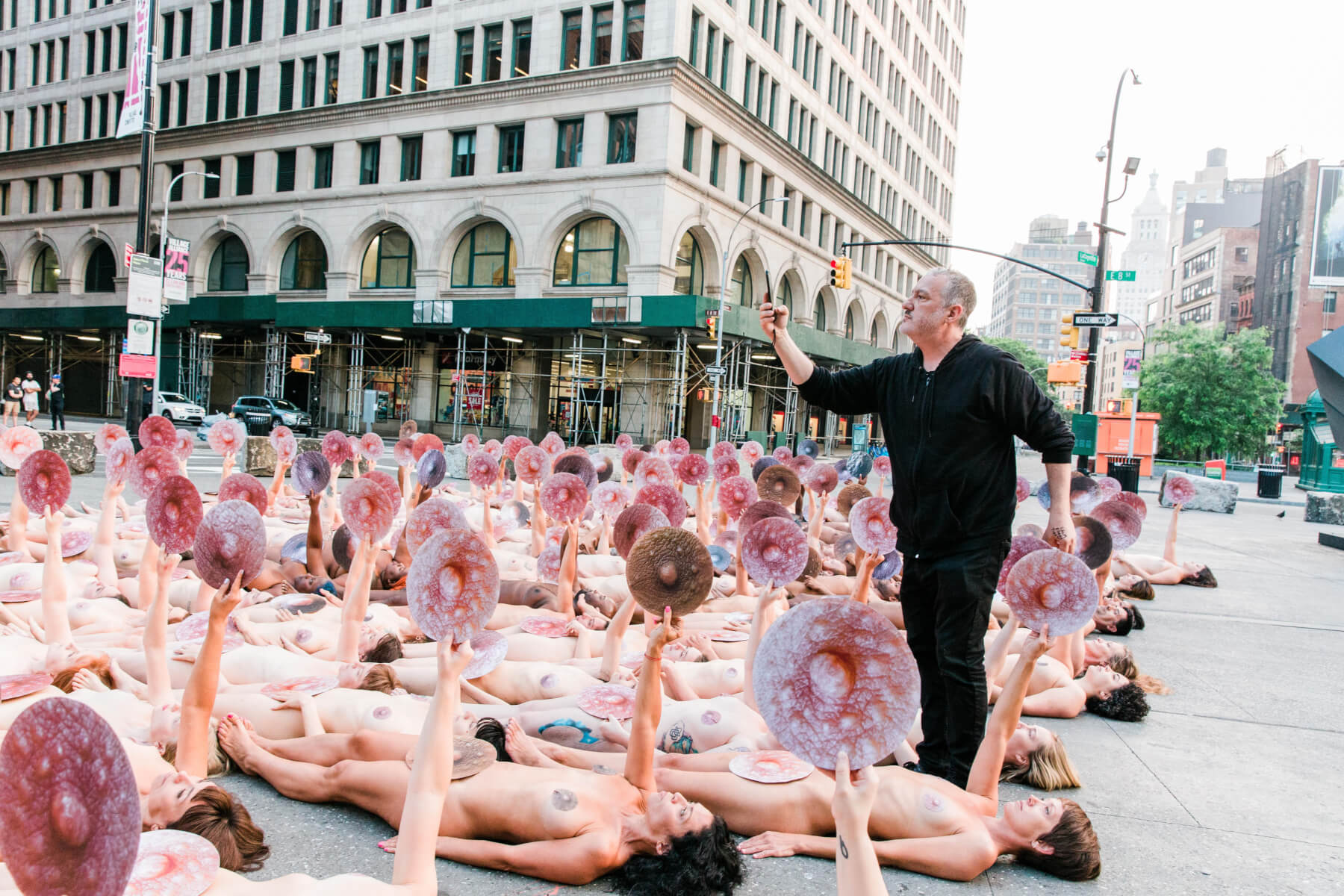 Sunday mark a change for Facebook: for a change, the social media giant was not being hounded by privacy advocates and regulatory bodies but by… actual nude bodies.

Facebook’s ban on nudity on its platform sparked the rage of the National Coalition Against Censorship (NCAC), which took to the streets in protest, stark naked, holding up nipple prints.

The event took place outside of Facebook’s Manhattan offices under the #WeTheNipple moniker, with photos being taken by the artist Spencer Tunick.

SHARE THIS POST, It’s the only way to fight back! #WeTheNipple Art Action in front of @Facebook and @Instagram offices this Morning. #StopCensorship These are all male nipple stickers covering female presenting nipples and male nipple cards covering all the participant’s genitalia. There is no reason for Facebook or Instagram to censor this video or block from hashtags. @NCACensorship @chadsmithofficial @bravoandy @pagmi #AndresSerrano @theadamgoldberg @aclu_nationwide #FuckCensorship Link in Bio.

#WeTheNipple was NCAC’s response to what it perceives as censorship from the biggest social media platforms in the world, as both Facebook and Instagram enforce strict bans on nudity on their platform.

“It particularly harms artists whose work focuses on their own bodies, including queer and gender-nonconforming artists, and the bodies of those in their communities. Museums and galleries are constrained when even promoting exhibitions featuring nudes,” said NCAC in the press release accompanying the #WeTheNipple protest.

So far, Facebook did not respond to the manifestation, though we imagine lots of people would like to see Mark Zuckerberg carefully crafting a reply for naked people holding up nipples.