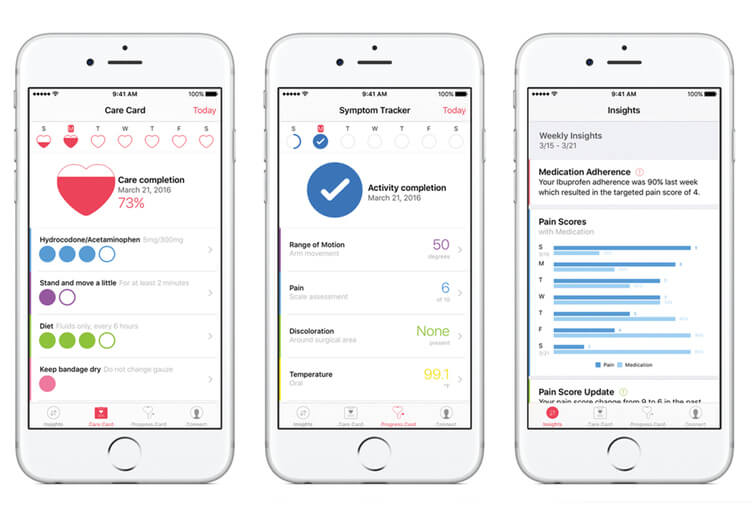 Remember the CareKit update Apple announced at their event one month ago? The software platform with open source is meant to help developers make health apps that track medical conditions and helps users share their progress and data with doctor. Well, today, the first apps based on Apple’s framework went live #softwaremagic

Meant primarily for consumers, apps developed with CareKit can come in handy for doctors too, helping them measure the state of health of their patients. The platform allows integration for 4 modules; one is meant to describe care plans, the other one keeps the symptoms in check, while the last two modules help the patient keep in touch with his doctors and his progress after/on treatment.

The first apps to benefit after Apple’s CareKit framwork are One Drop, Glow Nurture, Glow Baby and Start. The first one is dedicated to diabetic patients, helping them track their health stats, symptoms, set health objectives and share everything with doctors. The second one, Glow, focuses on pregnancy and the baby’s first year, informing parents and doctors about the progress they make.

Finally, startup Start is dedicating its app to people that fight with depression. The app should help them reach out easier to doctors and keep them informed about their mental health.