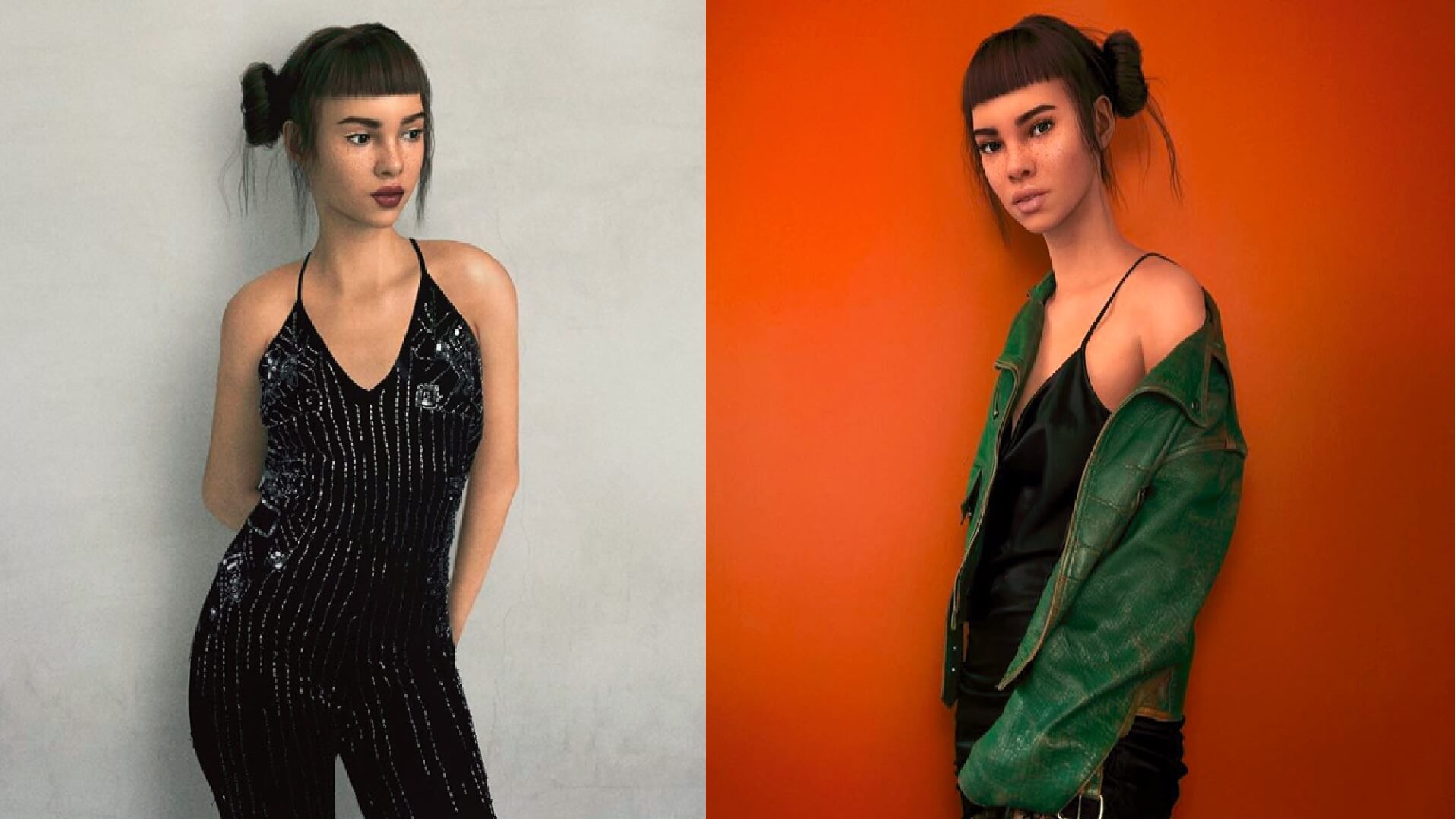 Walking on the streets of New York, you’ll see flocks of fashion-forward trendsetters, models and artists. Before you start asking why is everyone rocking their best outfits in the dead of winter, we’ll save you the trouble – it’s the first day of New York Fashion Week. Most fashion influencers will be at the top shows for the next seven days, tweeting and instagramming from there. There’s one influencer you won’t see in the flesh but you’ll definitely see on Social media: Miquela Sousa. The perfect human being, an ideal role model at first sight; that’s because she’s not actually a flawed human like everyone of us. Instead, Miquela is the first CGI fashion VIP that everyone loves to follow #softwaremagic

The model is more than just a computer-generated character drawn in different clothes and placed in various environments. She’s got a personality, interests and causes close to her heart, like Black Lives Matter. Look her up on Instagram and you’ll find a fan club of over 555,000 people, dubbed Miquelites. You’ll see her sporting Chanel, Supreme, Vans and Vetements in #OOTD shots, as well as hear her sing. Believe it or not, the 19-year-old CGI girl with Brazilian and Spanish roots is also a musician, with her debut single “Not Mine” on eight place in Spotify Viral (August 2017).

YOU SHOULD BE ALONE available everywhere link in bio 🍒

Let us be clear – Miquela isn’t the first ever virtual person to sing on a big stage, record albums and have a steady fan base. Hatsune Miku, a 16-year-old Japanese star, is famous in the whole world, getting Marc Jacobs to design her tour costumes and Riccardo Tisci to create a custom haute couture gown.

tonight I found my people 💀🖤

However, she is the first one to take the fashion world by storm, appearing on Paper magazine’s platform and working for fashion brand Area.

Unlike Miku, she is keeping her persona real enough to give an interview to a fashion website:

I definitely wouldn’t say my identity is crowdsourced. I’m an artist and have expressed opinions that are unpopular and as a result have cost me fans. I’d like to be everything and more that my fans want me to be but at the end of the day I have to make decisions that I believe in

This attitude has made more brands approach her and see her value despite she is not a real human being: “I’ve never been paid to wear pieces but I’m starting to get sent free stuff from brands.”

Companies are doing their best to support content creators that work with CGI on a regular basis. Did you know that Lucasfilm & ILM worked on a VR toolset that allows filmmakers to spin their story around while being in a CGI environment?