Forget About Drones: This Hummingbird Robot Is Here To Steal Their Jobs 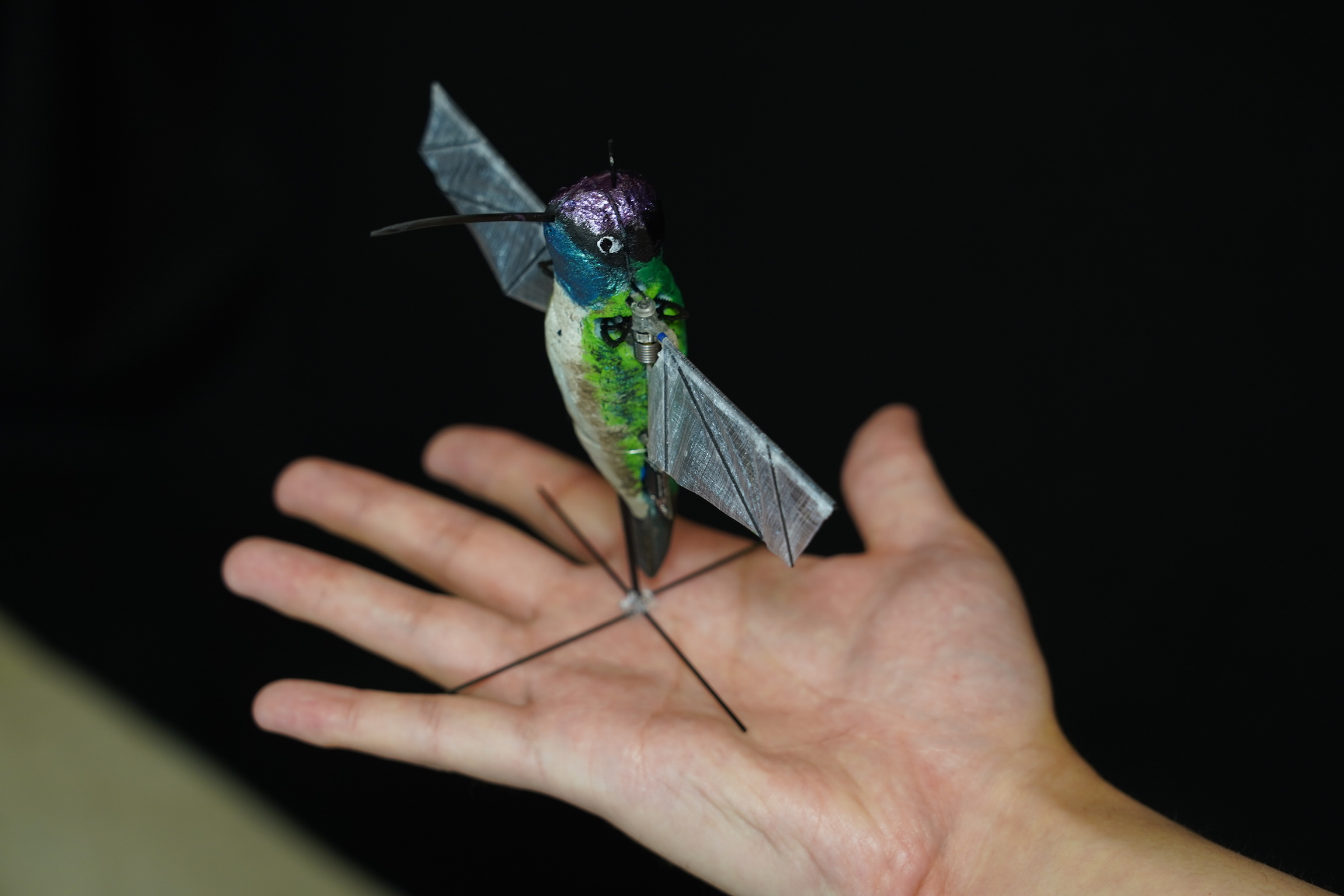 Purdue University researchers engineered a flying robot in the likeness of a hummingbird – it is trained by machine learning algorithms that have been fed information about the techniques hummingbirds use when they fly and hover.

This means that, after it has learned from the simulations, the robot can move by itself in the same way a hummingbird would and, thanks to artificial intelligence and the flexible flapping wings, the robot can also teach itself things.

For example, it does not have the capacity to ‘see’ just yet but it can touch surfaces to sense them – every one of these touches alters an electrical current which can be tracked by researchers.

“The robot can essentially create a map without seeing its surroundings.” Xinyan Deng, Associate Professor of Mechanical Engineering at Purdue University says “This could be helpful in a situation when the robot might be searching for victims in a dark place—and it means one less sensor to add when we do give the robot the ability to see.”

“The physics is simply different; the aerodynamics is inherently unsteady, with high angles of attack and high lift. This makes it possible for smaller, flying animals to exist, and also possible for us to scale down flapping wing robots,” Deng explains.

Deng and her team studied hummingbirds over a few summers, in Montana, and they documented some of the bird’s key maneuvers and managed to translate them into computer algorithms that fed the information to the robot via simulations.

The robots borrow from the hummingbirds not only their flying patterns but also their weight and size: they are made out of 3-D printed bodies with wings made out of carbon fiber and laser-cut membranes, which amount to a weight of only 12 grams. In spite of its feather-like weight, the hummingbird machine can lift up to 27 grams.

They only need two motors and can control each wing independently, exactly like real birds do – this is what allows them to perform swift movements and show real feats of agility in their natural environments.

In addition to that, the robots are also silent and capable of keeping steady even through turbulence.

It’s expected that these robots will lend a helping hand in search-and-rescue missions but will also prove to be a useful tool to the biologists who study hummingbirds.