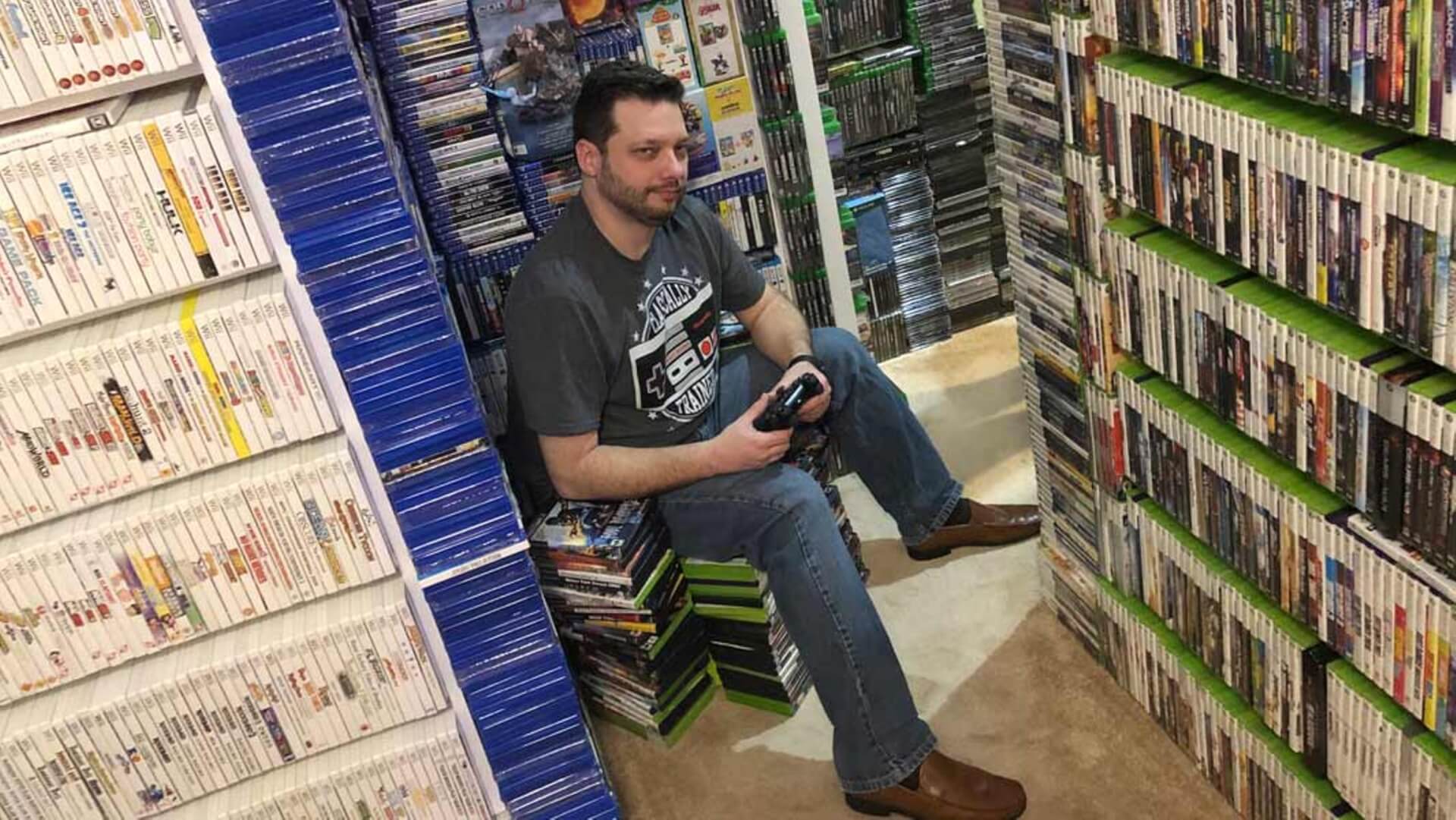 Next time someone tells you that you own too many games, perhaps you should turn their attention towards Antonio Monteiro. The Texas resident has just been awarded the Guinness World Record for “largest video game collection in the world”.

What qualifies for ‘largest’, you ask? That would be exactly 20,139 games, all nicely and neatly packed up in Monteiro’s Richmond home.

It took two Guinness World Record staff around 8 days to count them all before rightfully bestowing the record-holder title to him.

Before you all start asking – yes, he is very much married and to a “very patient, loving wife“.

As you can imagine, he started collecting games as a child. Everything started when his parents gave him a copy of Golden Axe from Sega Genesis. His massive collection stretches all across the walls of his house and includes games that start from the second to the eight-generation consoles, in addition to the 100+ consoles he also owns.

To give you an idea of his collection’s scale, it’s worth mentioning that it holds over 1,000 PlayStation 1 titles, over 500 Xbox One games, all of the NES games for North America including the unlicensed ones, the complete Atari Jaguar System collection for North America and over 1,100 Nintendo DS titles. Some of them are still unopened and unplayed, believe it or not.

That, of course, is just the tip of the iceberg. Monteiro’s collection also features a good number of items that are quite hard to find nowadays such as a complete collection of Nintendo 64DD games that only saw a Japan release and a very rare Sega Game Gear called CJ the Elephant, in addition to a number of educational Sega Dreamcast titles.

According to Monteiro, one of the items is worth somewhere between $500 to $700.

Probably one of the most interesting items is a title called Max Basic Rifle Marksmanship Program. If the cogs in your mind struggle to find any familiarity, don’t work too hard: the game was released by Nintendo exclusively for the U.S Military as a shooting practice alternative and was never made available to the general public.

While you’d think it would be hard to choose a favorite, Monteiro stands by Castlevania IV, stating that the title is a ‘masterpiece’.

He still can’t believe the moment when Guinness World Records gave him the record holder title: “I was at work, in the middle of a meeting, and all of a sudden, I started jumping up and down,” he says.

Monteiro has not really added up the money invested in his collection and he does not seem to be in a rush to do it, either – it is a work of love, after all.