Meet The Gamer Who Owns, Builds And Wears A Deus Ex-Inspired Bionic Arm 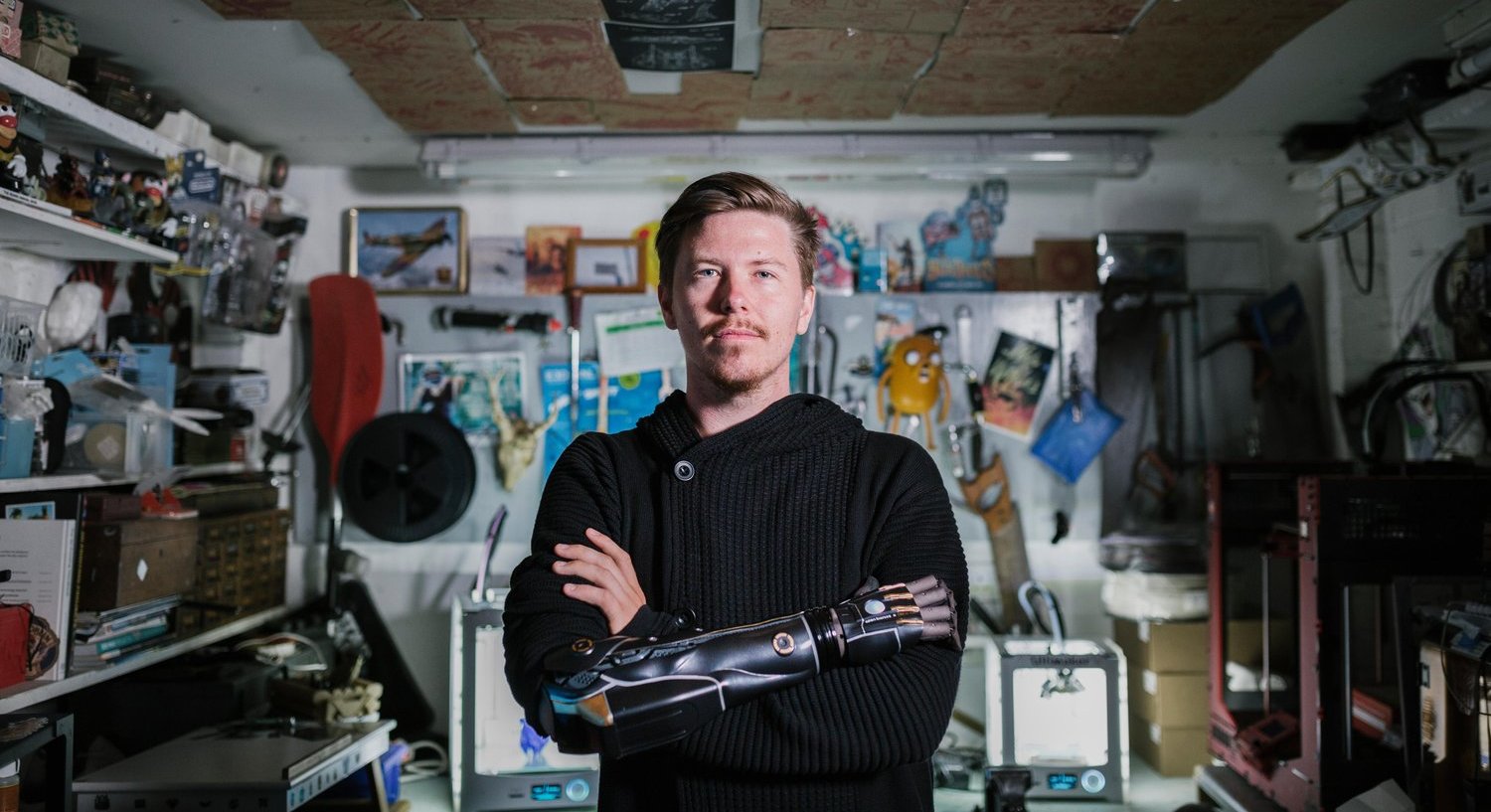 Daniel Melville was born without a right hand and grew up wearing a prosthetic arm, spending most of his childhood playing video games. In spite of the many different characters he encountered in all the games he played, he couldn’t really relate to any of them, mostly because they were all full-bodied.

All that changed when he started playing Deus Ex and, as a child, he got really excited when he noticed that Adam Jensen, the Deus Ex protagonist, also wore a prosthetic arm, only difference being that his was a bionic one.

Back in the day though, bionic arms were too expensive for Melville, especially since he was a child and would soon grow out of them.

“I had prosthetic arms that didn’t do anything. You wore them because you thought that was the normal thing to do. I only ever got them to get time off school because I hated school, but I hated the arm too. It was a Catch 22. I felt more disabled wearing it and for many years I stopped wearing them. I grew up with sci-fi films, though, so I wanted a bionic arm like the Terminator or Robocop.”

Years down the line, the gamer crossed paths with Open Bionics who, at the time, was running a Kickstarter campaign for a 3D printed low cost bionic arm. After exchanging emails with Open Bionics founder Joel Gibbard, he became the official tester for the arm, which also got Melville a spot in the Guinness World Record book as the first person to test a 3D printed multi-grip bionic arm.

The arm allowed Melville to do things he didn’t think he would ever be able to, such as grab and hold items and open and close his hand. He uses pulses in his arm to do all that and, by just tensing his muscle, he can change the grip pattern.

Now the gamer builds his own arms, hoping to improve the technology even further and even add some style to them:

“I bought my own 3D printer and completely destroyed it trying to work out how to use it. You learn on the way and I made a lot of mistakes. It now takes a couple of hours to design my own panels for my bionic arm. You can mix and match.” he says “Some days I want to wear it with normal covers, then another day Deus Ex video game covers then another day camouflage covers.”

Even if Melville is an avid gamer and designs his own bionic arms, he still thinks that it will take a while longer before esport players with disabilities will compete against able-bodied players.

Even so, thanks to the fast-advancing technology we have available today and to people like Melville, that day might not be too far off.

Related: Robotic Hand From Youbionic Moves Almost as Smoothly as a Human One