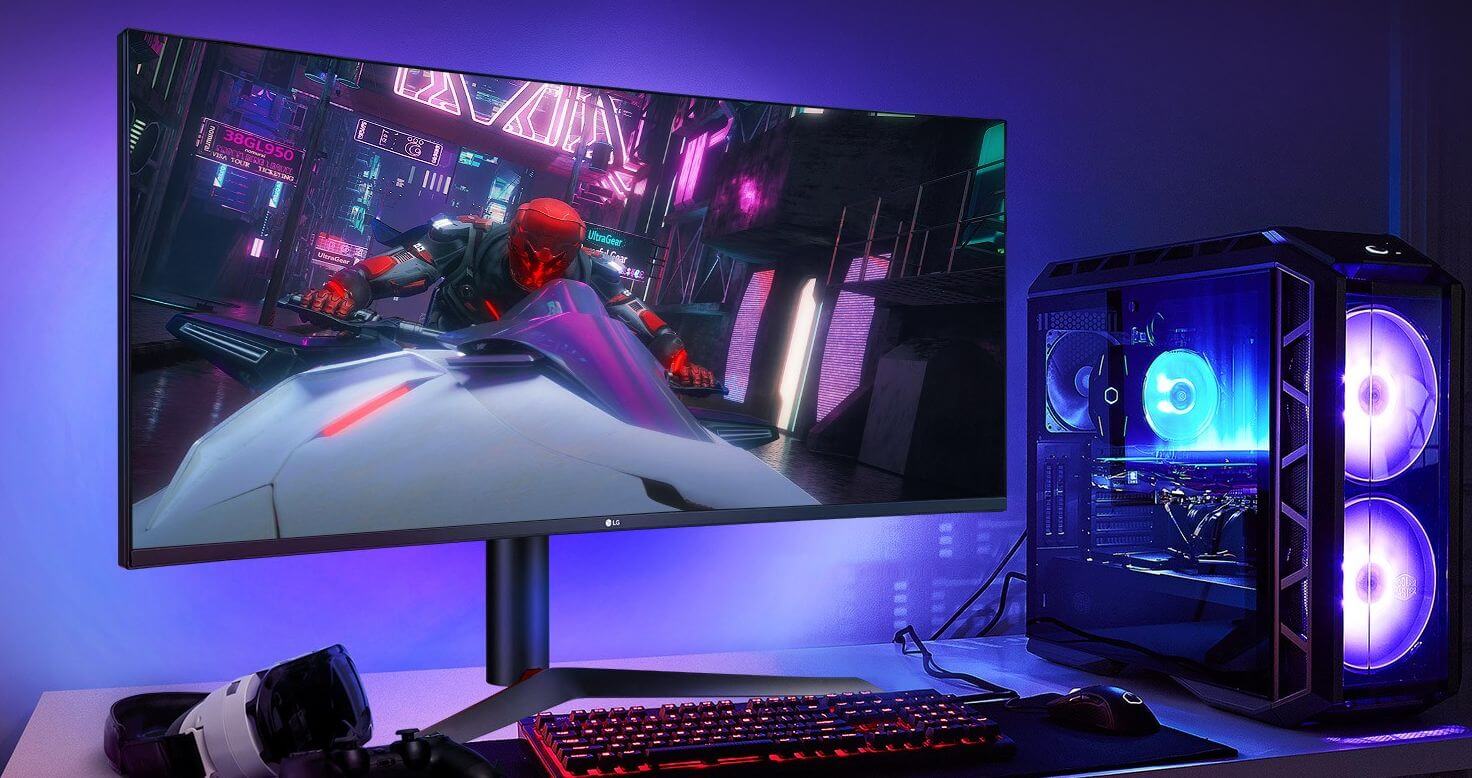 The monitor’s response time is far more significant than the ones available on the market so far: 1 millisecond. The monitor actually comes in two versions, featuring the same response time.

The manufacturer announced the two new gaming monitors under the UltraGear line, both making use of what LG calls “Nano IPS Technology,” with wide color gamuts and a fast 144Hz refresh rate. The monitors also support Nvidia G-sync for gameplay.

They come in two sizes, a 38-inch version with a curved display, and a 27-inch model.

The wider one has 3,840 x 1,600 resolution and an immersive 21:9 aspect ratio, a brightness of 450 nits, and boasts VESA DisplayHDR 400 technology. According to New Atlas, the monitor is certified by VESA as being able to illustrate images in High Dynamic Range (HDR).

The smaller monitor, however, doesn’t have a curved screen and features a resolution of 2,560 x 1,440 pixels. Also, it has a brightness of 350 nits, and, therefore, doesn’t have VESA Display HDR 400 technology, but is able to display images in HDR10.

The 1 ms response time can be enjoyed on both monitors, as well as wide color gamut (DCI-P3 98 percent) and G-Sync compatibility.
Users are able to choose from settings such as “Dynamic Action Sync mode,” “Black Stabilizer” and “Crosshair,” a setting specially designed for FPS games.

Features like an upgraded Sphere Lighting 2.0. is available for the larger version, and it is alike Philips’ Ambilight technology, changing its colors to match what the user sees on the screen, for a more immersive gaming experience.

As far as costs are concerned, LG hasn’t made an official announcement, but Engadget mentioned the fact that the monitors “won’t be cheap.”

Anyway, if you’re a fan, you can pre-order your monitor July 1st. The official U.S. launch will happen within the same month, followed by the one in Europe later in the year.