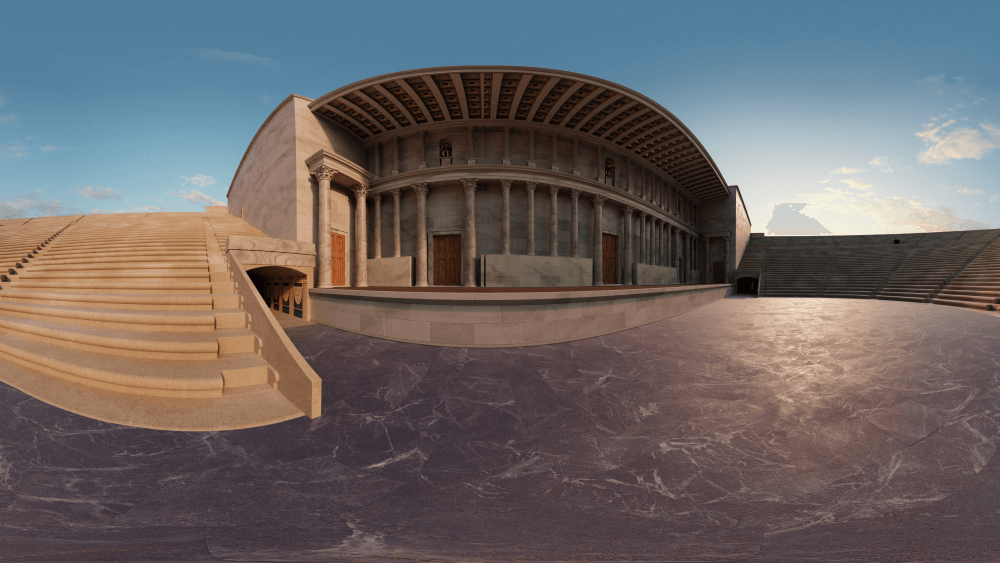 Dreaming of a Greek getaway to see the temples and hear about lost wonders? The Paphos Theatre in VR app, available now on iTunes and Google Play, will offer you exactly that.

The catch is this: you’re not just traveling to Cyprus now, with the help of virtual reality, but almost 2000 years in the past.

The Paphos Theatre in VR is a project by Lithodomos VR, a company that specializes in providing VR historical tours. It’s the result of 20 years’ worth of excavation done by the University of Sydney archaeologist. It brings to the masses the ancient theater from Nea Paphos, as it looked like in 150 AD.

During the Roman and Hellenistic areas, Nea Paphos was the capital of Cyprus and the center of the Cult of Aphrodite. It’s here where Ancient Greeks believe the goddess of love rose from the sea, an imagine immortalized in countless paintings over the centuries.

In Paphos Theatre in VR you won’t be able to explore that story, but you’ll see the famous ancient theater, destroyed by an earthquake in the year 365, from three different viewpoints.

Today, in real life, only the foundations of the Paphos Theatre remain. Dr Craig Barker, the man in charge of this project, put it eloquently:

“Past physical restorations of archaeological sites have been based on knowledge of the day. The beauty of digital restoration is that it can be changed as new evidence comes to light.”

So take a walk between the marble columns and see the awe-inspiring Roman façade of the lost Paphos Theatre . It should be a nice vacation! And if you missed it, do try Fistful of Stars and take a walk through the Orion Nebula, complete with a soundtrack provided by the Metropolitan Opera.