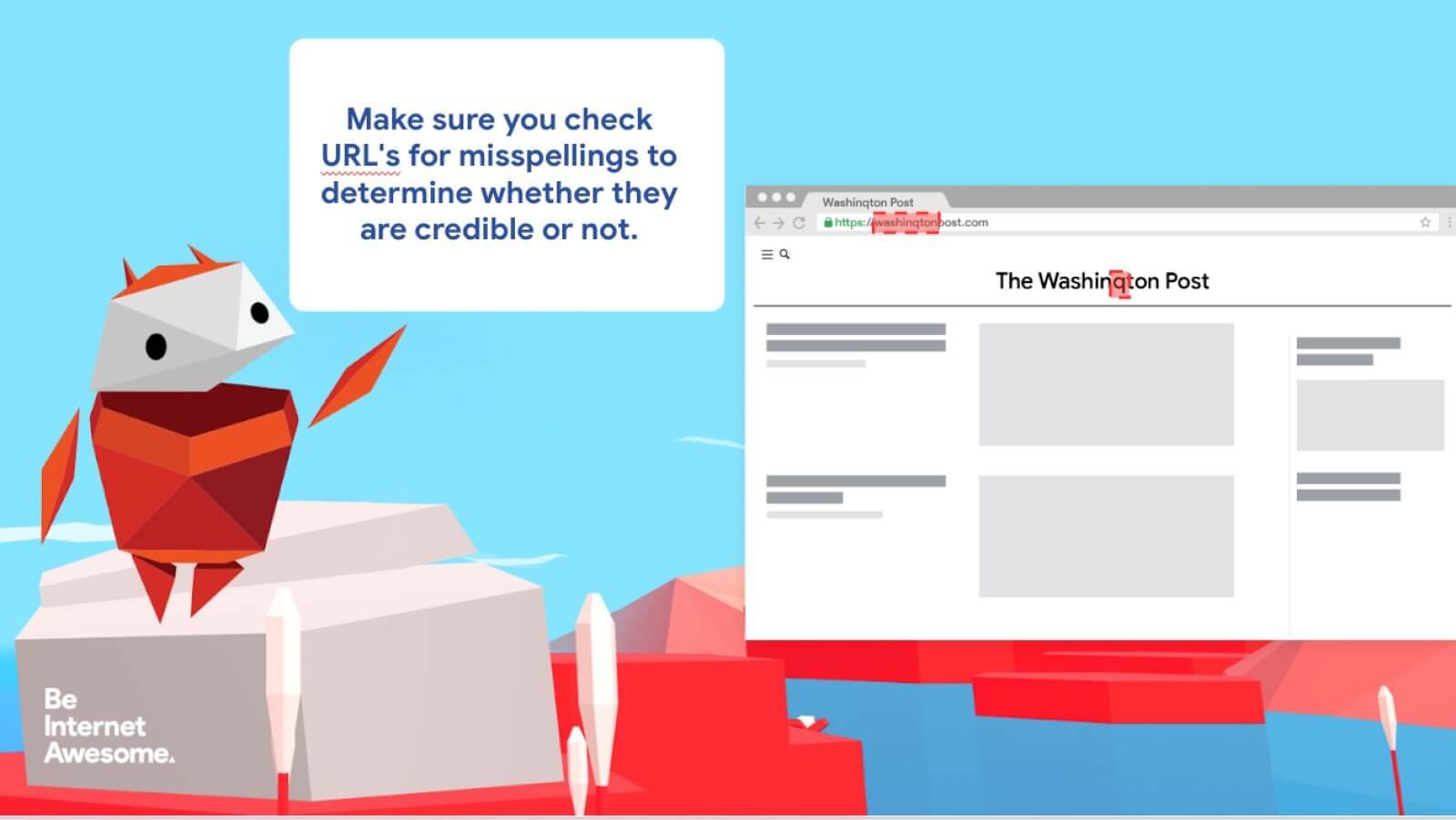 Two years after Google launched its digital safety and citizenship curriculum for children, “Be Internet Awesome”, the company announced they are adding a new chapter for to its campaign – media literacy.

If at the beginning the programme was launched to teach children about online safety, Google has now added six new media literacy activities for the curriculum that will help teach kids about how to identify disinformation online, how to avoid a phishing attack, how to verify that information is credible, spot fake URLs and more.

The programme was developed in partnership with the Net Safety Collaborative.

The new curriculum includes play-to-learn activities like ”Don’t Fall for Fake” that focuses on children’s critical thinking skills and the ability to tell the difference between credible and non-credible news sources. Other media literacy activities like “Share with Care” teach kids how to keep a good online reputation and “It’s Cool to be Kind” that help them with online bullying.

Besides the new curriculum, Google also announced a nationwide partnership with YMCA, in order to help families bring awareness to their children about social media cyberbullying and disinformation.

Giants like Google and especially YouTube have always been under heavy criticism of not doing enough to stop spreading disinformation and propaganda, especially to impressionable youth. So we are happy to see Google trying to help children identify disinformation.

While ”Be Internet awesome” is aimed mostly at seven to twelve-year-old children, many adults can benefit from the new curriculum too.