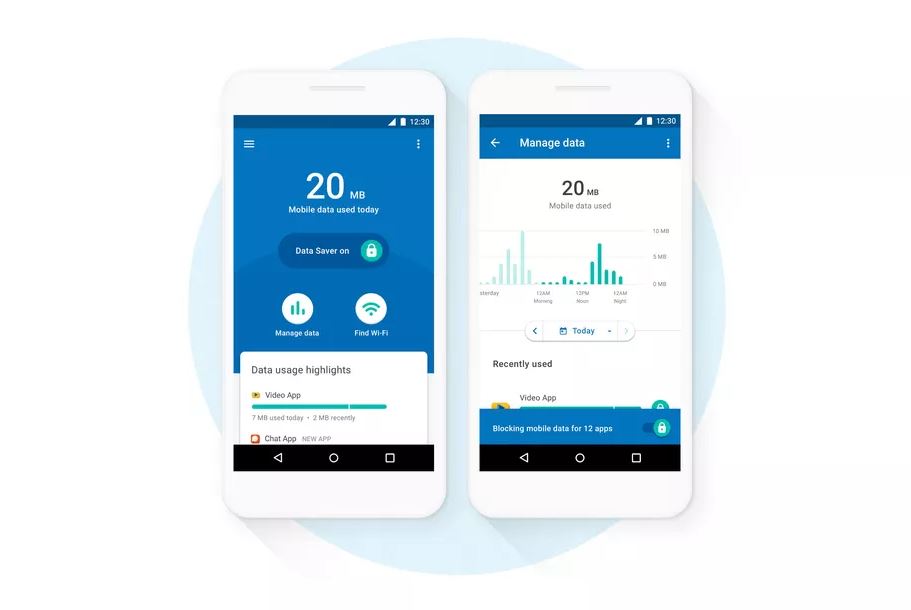 Google found a new way to help users preserve as mobile data as possible. After witnessing the lengths to which people go to make sure they don’t run out of mobile data, the company decided to launch an app that helps them manage that from one place only #mobilemagic

Datally is the new Android app that offers to tell users what apps take up most of their mobile data and how they can reduce the usage. Not to mention it suggests Wi-fi in the proximity to connect to. Sure, most of these things can be done from the smartphone’s settings, too, but take more time and more attention to detail.

Google’s app, though, comes with a big button at the top (you can’t miss it) that stops all background data usage as soon as you press it. That way, you’ll make sure the mobile data that is used goes into the one app actively open. Of course, in this case, you’re bound to miss all other notifications that may take place in this period of time.

The reason behind launching Datally is the Next Billion Users initiative. Google intends to help Android users from countries with limited mobile connections enjoy the experience as much as the rest. Before Datally was ready to test, most of them were forced to keep their phones on airplane mode most of the time. When they wanted to find out what’s going on in the rest of the world, they would switch it off for a quick look and then revert to the initial setting.

After initial testing in Philippines, Google was pleasantly surprised to see the app gathering more than 500,000 users and being able to save 30% of data, on average. Datally is available globally now and can be installed on phones running Android 5.0 or higher.