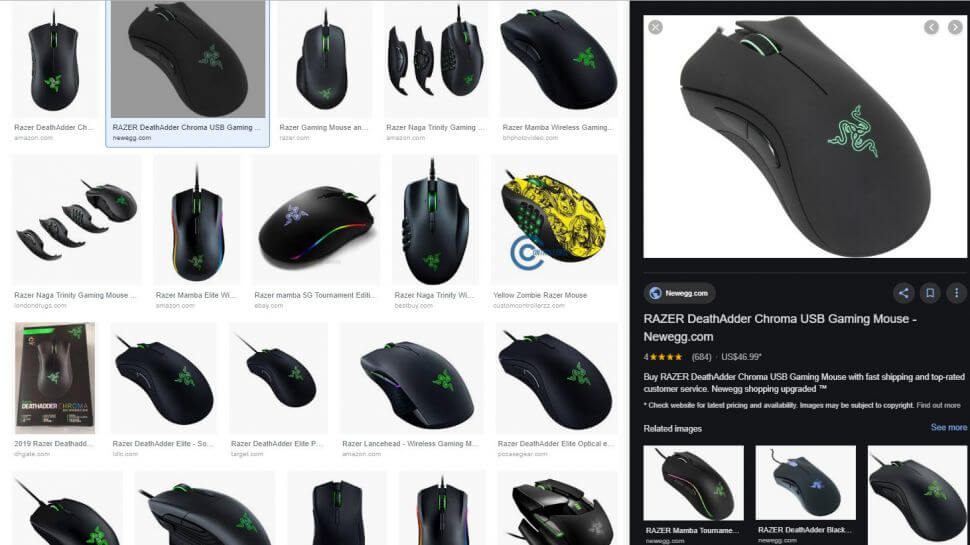 Some of you might have already noticed that, if you search for images in the Google browser on your PC and click on an image, you won’t be greeted by the same type of box that appeared in the middle of the screen, which showed you the larger version of the image you wanted. That image has moved to the right hand side of the screen but that is not the only change Google has implemented.

By clicking on an image of a product, you will now get some information about it as well as a price and where to buy it. A feature much like this one was previously being tested back in March.

It was called ‘shoppable ads’ back then and broad search terms would usually deliver product images and links but now pretty much any search words will, one way or another, push shopping results your way, with Amazon items leading the effort. At least, Amazon was among most of the first results that appeared in Image Search regardless of what I was looking for.

The Image Search tool doesn’t really see a lot of changes – it has most been kept the same since a while ago and we always have used it without thinking twice about it and going through the motions mechanically but now the company said that, aside from pushing the users to buy products from both physical stores or directly via the Google site, it will also allow them to do their shopping via YouTube videos.

Excessive? It sounds like Google, especially if we consider the company has faced some problems two years ago as a result of its emphasis on shopping. Back then, the European Commission fined Google with 2.42 billion Euro (that is around $2.72 billion) for it.

“What Google has done is illegal under EU antitrust rules,” EU Competition Commissioner Margrethe Vestager said in a statement at the time. “It denied other companies the chance to compete on the merits and to innovate. And most importantly, it denied European consumers a genuine choice of services and the full benefits of innovation.”

That antitrust penalty the EU slammed on Google’s table is the biggest that has been applied to a single company, exceeding even the $1 billion fine it had previously delivered to Intel, back in 2009.

However, the Google Images update is a bit of a grey area: a Google spokeswoman said of the change that the shopping information is merely the result of an organic search, not an information delivered via paid advertisements.