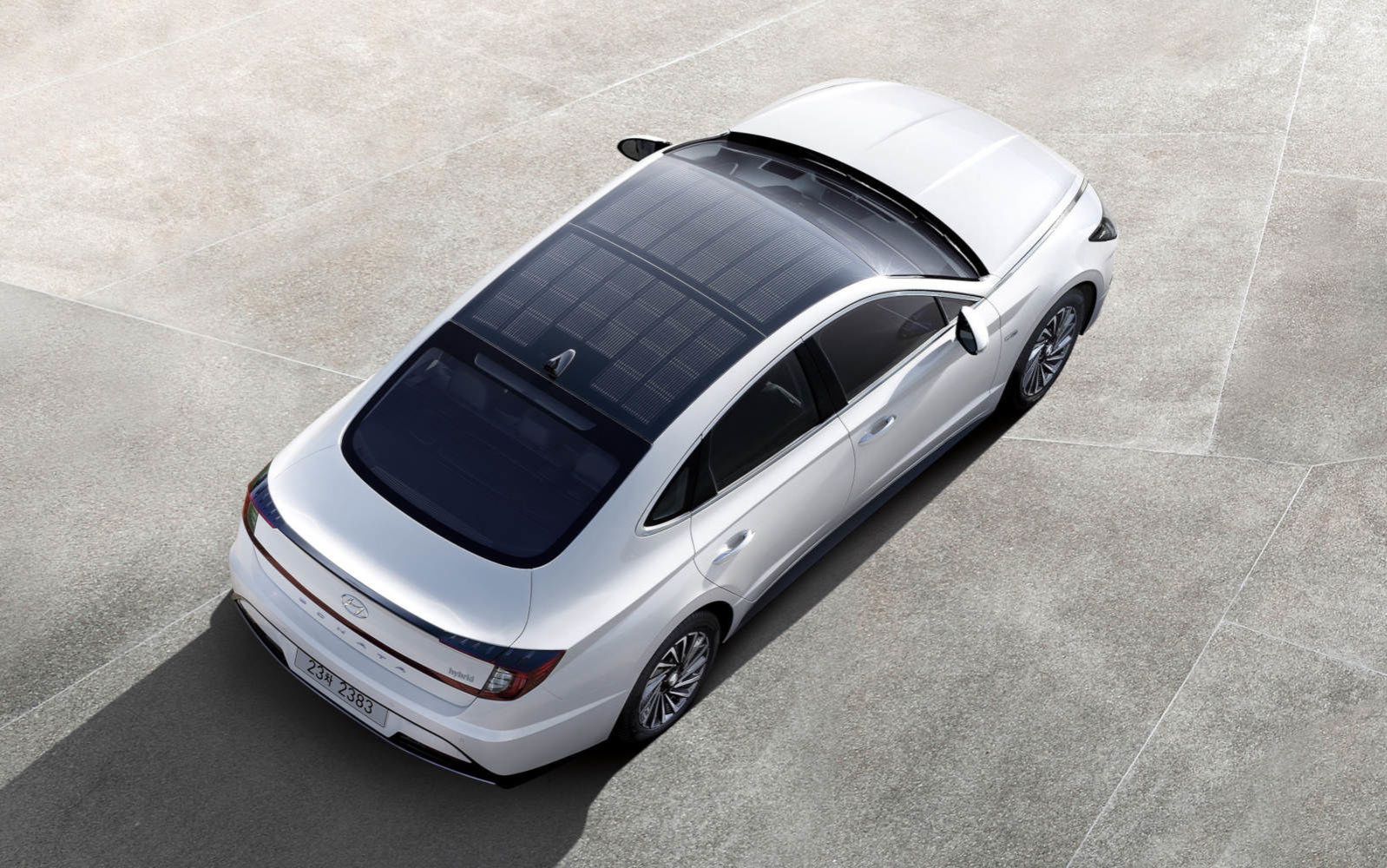 Hyundai has revealed the 2020 Sonata Hybrid vehicle and, while it might not look as different from the gas-powered models, it does come with a few perks of its own.

On the outside, nothing looks very different: we can see that the car’s grille slats in the front have been redesigned and that the trunk lid spoiler is much smaller. At first glance, these are the only things that set it apart from the global market Sonata and the Sonata Hybrid. But something that might grab your attention is the solar roof.

“Solar roof technology is a good example of how Hyundai Motor is moving towards becoming a clean mobility provider. The technology allows our customers to actively tackle emissions issue.” Senior Vice President and Head of Body Tech Unit of Hyundai Motor Group, Heui Won Yang has said in a press release. “We are striving to further expand the application of the technology beyond eco-friendly vehicle line up to vehicles with internal combustion engine.

This is the first time a Sonata Hybrid has been fitted with a solar roof and, according to Hyundai, six hours of charging in the sunlight should give the drivers about 2+ extra miles of driving on electric each day or, alternatively, 800 miles extra per year.

The solar roof system includes a silicon structure of solar panels that can charge even while driving.

The Sonata Hybrid has a 151 horsepower, 2.0 liter naturally aspirated inline-four and a 38kW electric motor which, when combined, deliver about 193 horsepower. The powertrain has a six-speed automatic transmission and Hyundai has also implemented something called an Active Shift Control.

This feature will make use of the electric motor to match the rotational speed of the powertrain and the transmission and deliver smoother shifts. Hyundai says that shift times will see a drop from 500 miliseconds to 350.

While the solar roof system is, for now, playing just a supporting role, Hyundai hopes that this technology can pave the way to other systems that will eventually put a stop to cars that use fossil fuels.

The company is also working on a second-generation, semi-transparent solar roof that will be used to light the cabin of the car but it’s unknown at this time when the company will start implementing it on its vehicles.

The car is currently on sale in South Korea and will be sold in North America soon. For now, Hyundai has no plans to release the model to the European market.