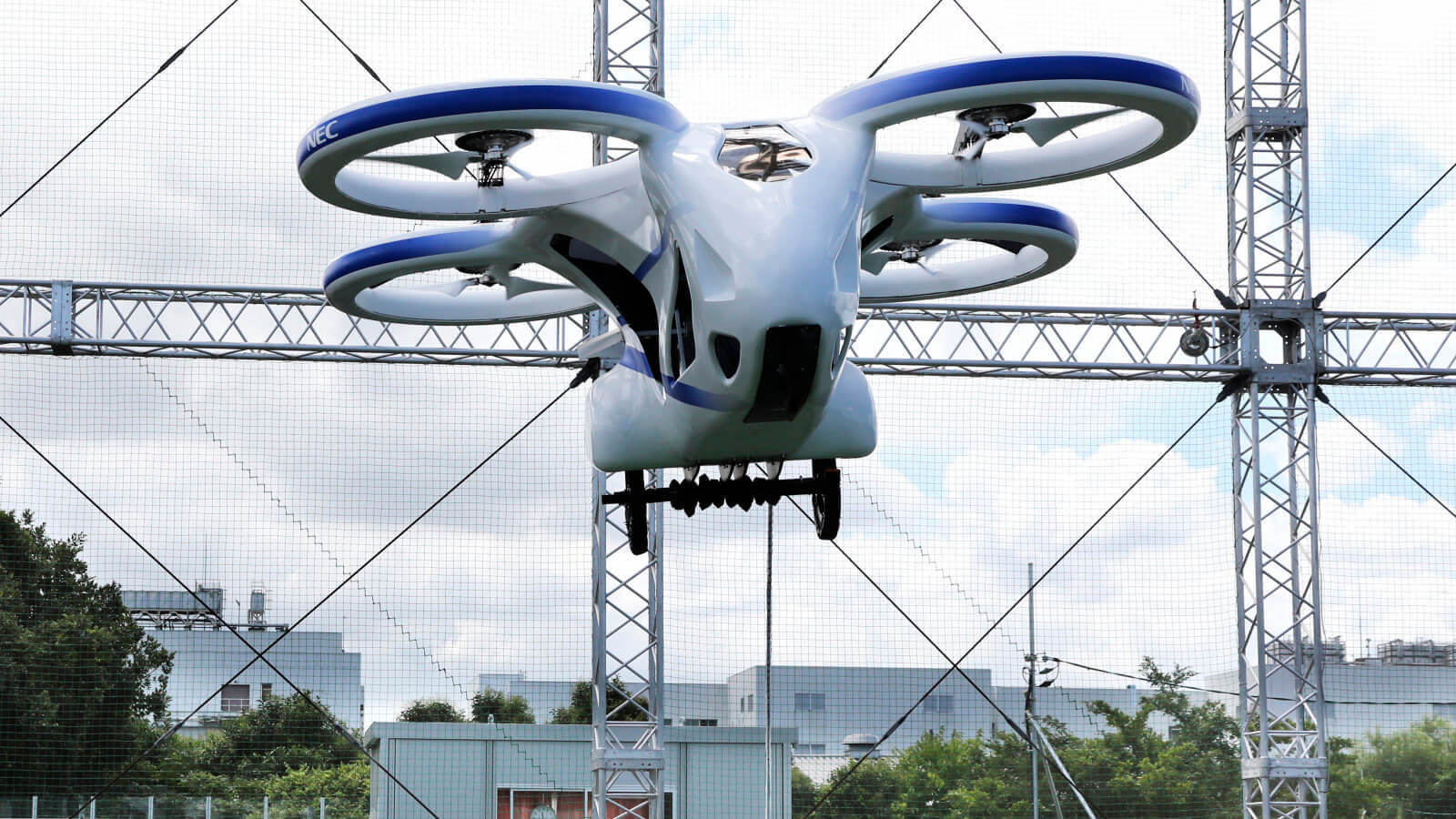 NEC Corp is a Tokyo-based company that showcased its passenger drone on Monday, in Japan. The drone hovered in the air at about 10 feet (3 meters) for just about a minute before it landed back on the ground but even so, it’s still considered an achievement: after all, we just got ourselves a new flying car to add to the list of future vehicles that might roam the skies in the near future.

The machinery overall weighs around 150Kg, is 3.9 meters long, 3.7 meters wide and 1.3 meters tall. If you add the passengers, that is a lot of mass the propellers are expected to keep up in the air.

While just a minute of flight time might not sound like much to us but the Japanese government wants to become the world leader in the flying car industry and plans for the country to introduce flying car deliveries by 2023 and allowing people to fly them by the 2030s.

“Japan is a densely populated country and that means flying cars could greatly alleviate the burden on road traffic,” NEC project leader Kouji Oakda said. “We are positioning ourselves as an enabler for air mobility, providing location data and building communications infrastructure for flying cars.”

The flying car didn’t have a passenger inside during the test but there will be many other tests to follow and NEC’s partner, Cartivator, plans to begin mass-producing it sometimes in 2026, if all goes according to plan. For now, the companies still have to fine-tune the flying vehicle – they still need to figure out battery life as well as what are arguably the most important things: safety and regulations within the country.

Japan is taking its flying car dream seriously and that is also because the country hosts a small but quite passionate flying car community that truly believes in turning it into a reality. As it is, the venture capitalists in the country even set up a fun, aimed specifically at these sort of projects: the Drone Fund.