'I feel like I'm literally 15 years old and I just got out of Star Wars': Be Amazed By A Flying Hoverbike Soon to Be Launched In the US 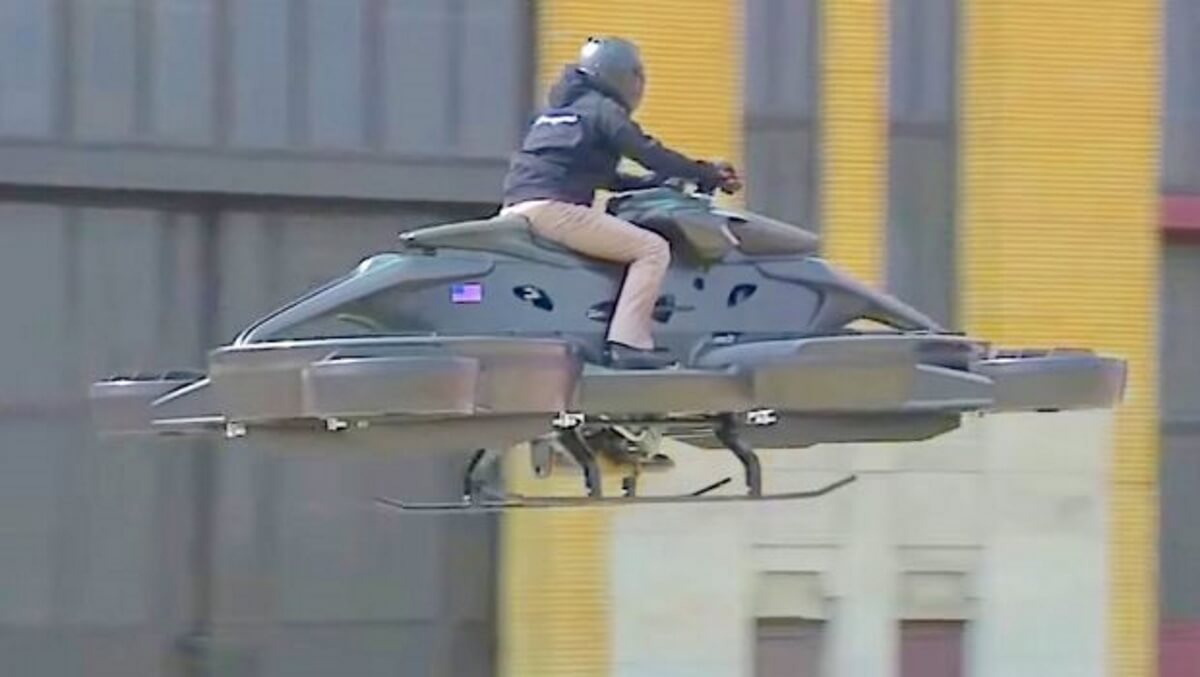 ‘I feel like I’m literally 15 years old and I just got out of Star Wars’: Be Amazed By A Flying Hoverbike Soon to Be Launched In the US

Michigan residents were awed by the first flying hoverbike taking to the skies at the Detroit Auto Show, one that could be available as early as 2023.

Meet the Xturismo hoverbike made by AERWINS Technology and be amazed as well to see it fly around the airport, actually carrying a person in the air – video here. https://www.facebook.com/watch/?v=1468901163612376

“I feel like I’m literally 15 years old and I just got out of Star Wars. It’s awesome! Of course, you have a little apprehension, but I was just so amped. I literally had goosebumps and feel like a little kid,” the rider told Reuters.

The outlet reported that the Xturismo hoverbike is capable of reaching speeds of up to 62 mph. It’s not quite as fast as a Star Wars speeder bike but impressive nonetheless. The hoverbike can carry a load of up to 220 pounds and has an autonomy of up to 40 minutes thanks to its combination of gasoline and electric power.

The AERWINS hoverbike is already on sale in Japan. Now, the company is working to bring a smaller model to the US in 2023 and hoping to convince the government to classify it as a non-aircraft to avoid FAA regulations.

The only bad news?

Right now, an actually working hoverbike would set you back $777,000. Fortunately, AERWINS is focused on bringing the costs down, telling Detroit News that they hope to bring the price to around $50,000.

‘I feel like I’m literally 15 years old and I just got out of Star Wars’: Be Amazed By A Flying Hoverbike Soon to Be Launched In the US