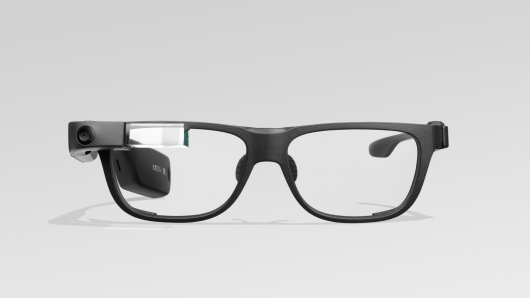 The company revealed the Google Glass Enterprise Edition 2, specifically made for business users.

Google Glass came out in 2013 as one of the first augmented reality devices. It worked like a pair of eyeglasses that shoot computer-generated images in the user’s eye through a tiny projector, creating the juxtaposition over the real world.

After trying to attract customers in 2015 and failing because of the product’s high price, the company switched its focus on enterprises.

Now, the second generation Google Glass Enterprise Edition 2 has longer battery life thanks to the more powerful Qualcomm Snapdragon XR1 platform it runs on. The device looks just like a pair of real glasses, with Smith Optics provided frames, making it look less bulky than competitors.

At the price of $999, the glasses are far cheaper than HoloLens 2, which is also an enterprise device and costs $3,500! Moreover, the Glass Enterprise Edition 2 could be bought even cheaper by companies depending on Google’s deals with them.

On the other hand, Google’s glasses are less powerful than HoloLens 2, since they project images only onto one eye, not two.