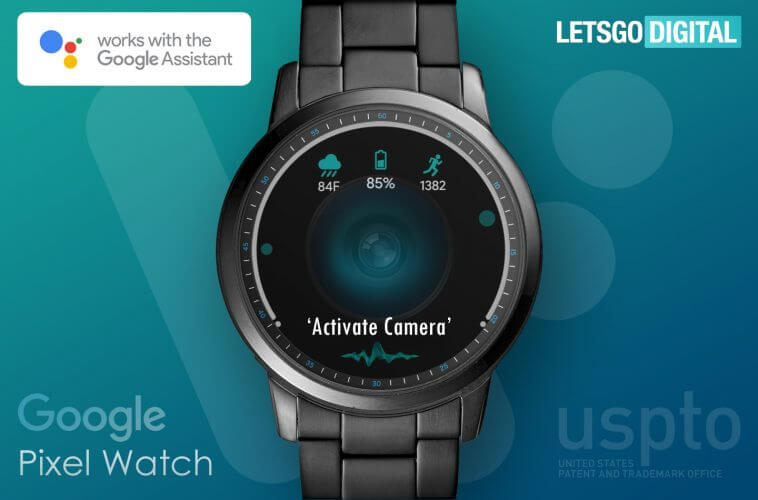 A design patent Google filed in 2017 has just come to light via LetsGoDigital. The patent was initially published by the United States Patent and Trademark Office on August 27th, 2017 and includes seven sketches.

These sketches are of a smart watch with a round display that also features a smaller circle in the middle. As the patent is called ‘Camera Watch’ we can safely assume that’s what the small circle represents. The patent’s confidentiality agreement expired just yesterday but back in 2017, a camera on a smartwatch was a pretty bold idea. 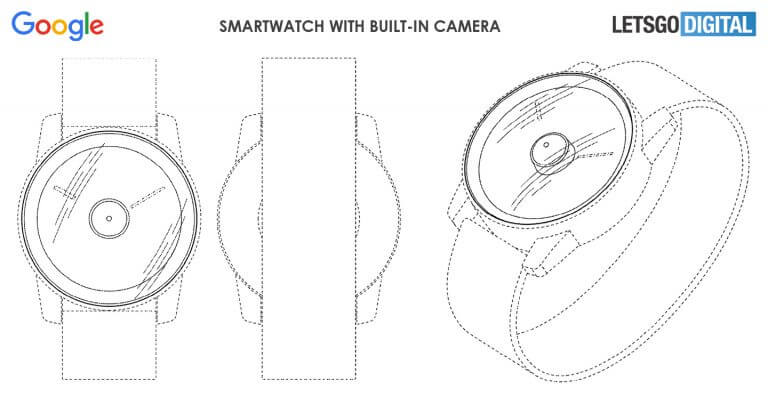 Strange to find a camera on a smartwatch? Pretty strange, yes, especially considering the camera is placed beneath the display. However, this could allow the user to place video calls via just their watch and allow them to record videos without having to use their phone.

Of course, there’s only so much the users could do with a built-in smartwatch camera: screen real estate is quite limited and the video quality most likely won’t be all that great. Besides, it would eat up a lot of battery.

Considering Google hasn’t let out a peep about it in all this time, it’s safe to assume the project, if there ever was any, was eventually dropped. At the same time, the company might still be looking into similar designs or technology, though it’s hard to tell if the concept would actually prove to be successful.

For now, Google still hasn’t unveiled a smart watch, though a lot of people have been looking forward to it, especially since the company has been hinting it was in the books. Google did, after all, invest about $40 million in smartwatch technology from Fossil this year so something might eventually come out of these patents. When though, that is a question only Google can answer.