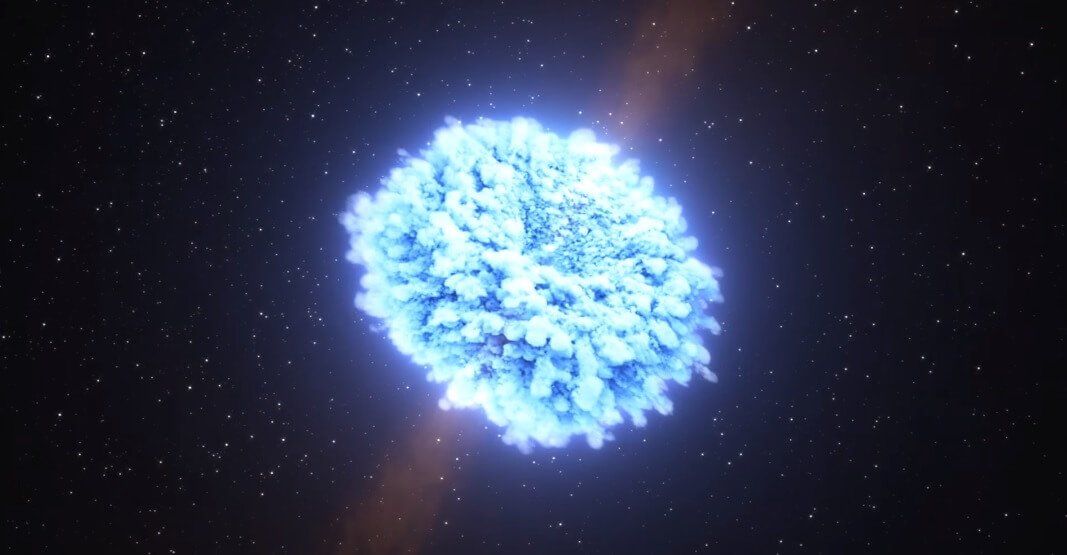 Ironically, we can still feel the ripple effect from the first discovery regarding gravitational waves. Scientists announced they’ve observed, for the first time ever, the merger of two neutron stars that have caused, in return, another gravitational wave #spacemagic

The four gravitational waves discoveries we spoke about were caused by a collision between two black holes, meaning they didn’t generate any light. But this time around, as the neutron stars came into contact, they spread light across space 130 million light-years away from Earth.

Neutron stars are cores of exploded massive stars. One can be “about 20 kilometers, or 12 miles, in diameter and is so dense that a teaspoon of neutron star material has a mass of about a billion tons.”

Over the course of more than one week, two US observatories supervised by LIGO and a third from Italy chased the event and were able to detect the moment the explosion happened, as well as the effects of it. “The detectors at the Laser Interferometer Gravitational-Wave Observatory (LIGO) received a gravitational wave signal just 1.7 seconds before the first light was seen by Fermi, making this the first event observed in both light and gravitational waves.”, stated NASA.

The kilonova – which has never been witnessed by astronomers before – produced gamma-ray bursts (magenta-colored), sent gold and platinum in all directions and caused the gravitational waves, visible as pale arcs. The elements were identified by the team after observing the color of the light emitted.

Einstein’s theory, that gamma rays and gravitational waves (disturbances in space-time) travel at the speed of light, together, was finally confirmed. Thousands of scientists contributed to this discovery, recording the event and sharing opinions in the paper published this Monday.