Cellulose Face Mask Could Be the Biodegradable Alternative to N95 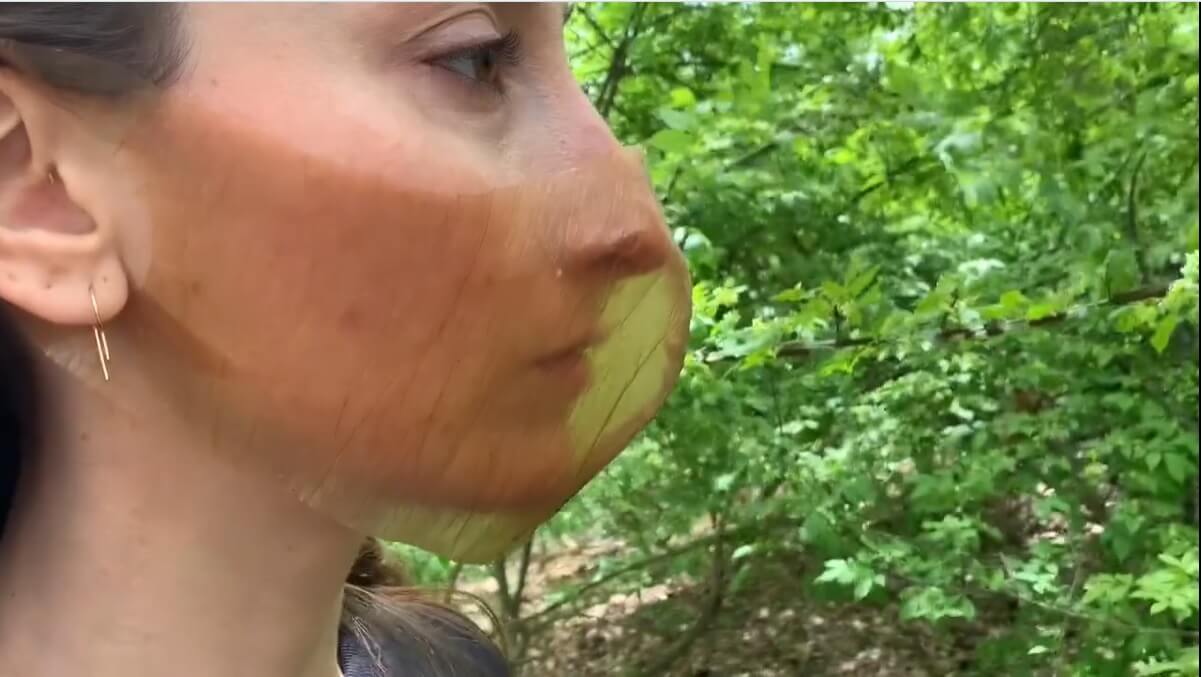 If there’s something everyone’s hurrying to produce right now, that’s a face mask. Tech companies like Apple or Amazfit are looking into it, clothing brands are repurposing their fabrics with this in mind, and researchers are disclosing the best materials to use if you decide to make your own at home. No one, from what I’ve seen, took it further, researching not just how to design face masks at home but how to create the fabric from which they’re made, too. Until two Sum Studio designers that came up with a biodegradable, home-grown one.

Elizabeth Bridges and Garrett Benisch from Sum Studio took on the challenge to make an eco-friendly, plastic-free face mask at home, from scratch. The most important thing was to give it the properties of an N95 mask and make it as protective as that one, capable of keeping viruses at bay.

A cellulose face mask could serve that purpose but to make one, they had to begin from a xylinum acetobacter specimen. In their own kitchen, the two grew the bacteria with as little as water, tea, sugar, until it produced cellulose fibers that could be knitted into a single membrane.

As it dried up, the two designers observed how the cellulose became flexible but not frail, translucent and smooth but with the property to filter harmful particles from clean air. It could also be treated with oils to become as soft and durable as thin leather and even waterproofed.

To be fair, the whole process took two weeks so Sum Studio has treated their experiment as a prototype manufacturing process at most, realizing the difficulty of producing such masks in mass quantities.

On the other hand, the fact that their cellulose face mask can be grown wherever, by whomever, means it can protect individuals at homes and patients too, in hospitals where there aren’t enough masks. They can even take different shapes, depending on the vessel where the bacteria is grown.

At the very least, this is a biodegradable alternative to the non-woven plastic masks we all buy in a frenzy nowadays and toss later.