The Huawei P Smart is expected to land sometime in January 2019 and the latest news we have about it comes from a Geekbench listing that confirms some of the things we’ve heard about it recently but not all the specs we might need to form a more solid idea about the device. 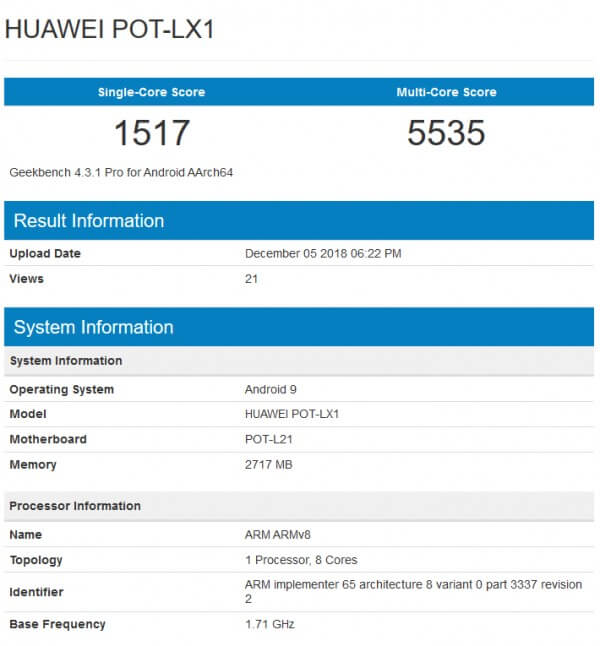 What we do now know from the limited info on Geekbench is that the device will run Android Pie OS and will come with 3GB of RAM with an octa-core processor that clocks at 1.71GHz. The scores would place the chip between a Snapdragon 636 and a Snapdragon 660.

We can gather more information about the phone via an FCC listing which let us know that it will have a 3,320mAh battery, 32GB  or 64GB of storage with dual SIM variants.

The FCC listing came accompanied by a drawing that allowed us to see that the phone will have a waterdrop notch and dual cameras with a fingerprint sensor on the back. 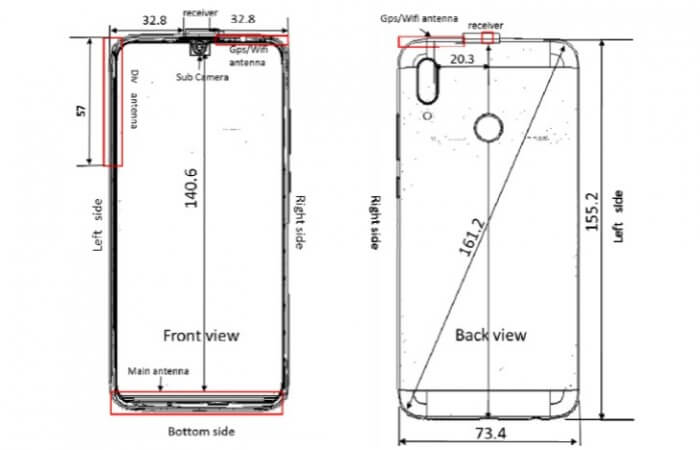 As far as the cameras go, we don’t really know anything about them, so we’d only be speculating.

We expect Huawei to announce the phone quite soon, probably during the CES 2019, which will set off on January 6th.