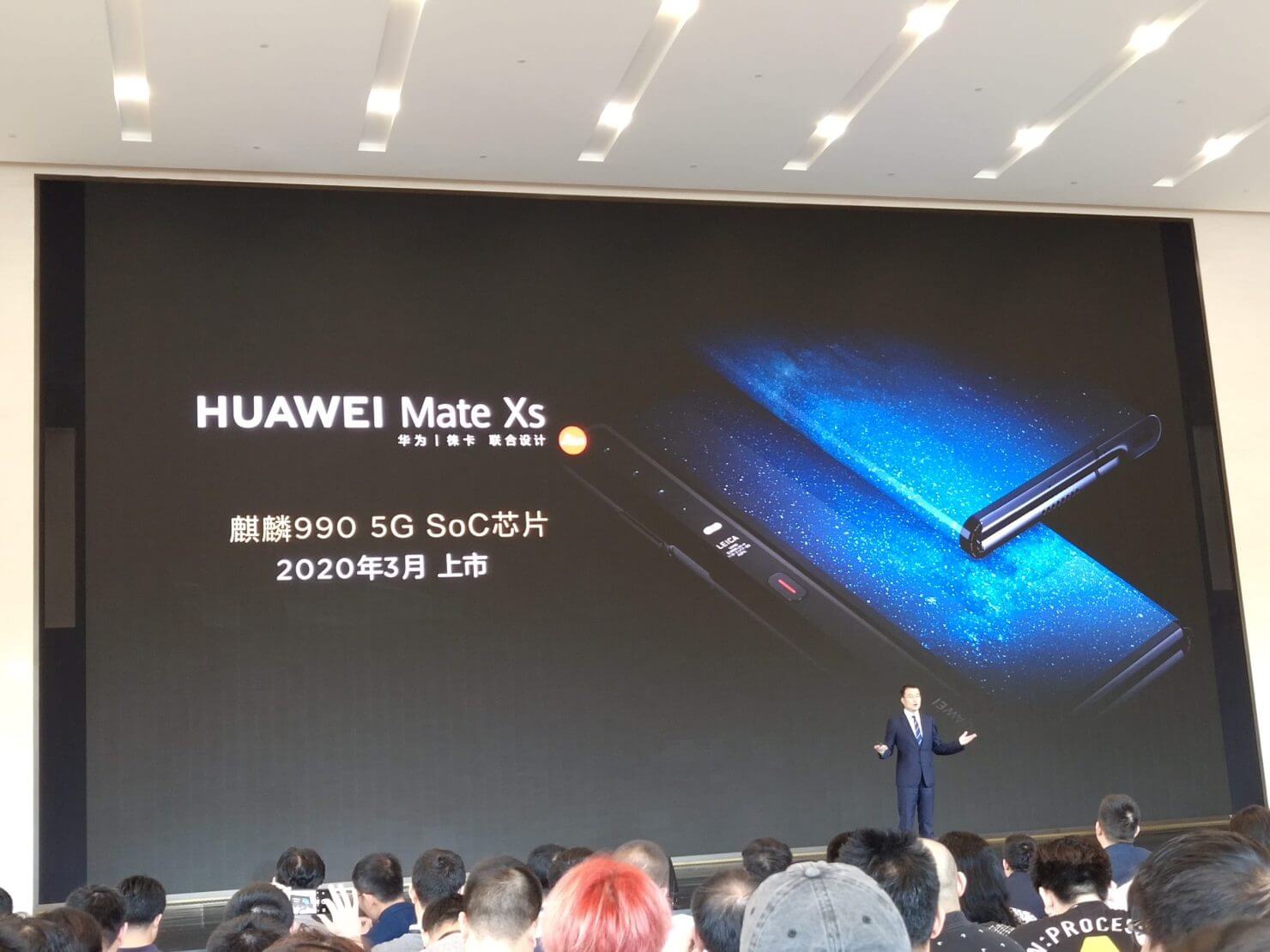 Huawei has only just launched its Mate X foldable smartphone in China with an eye-watering price of $2,400 but that doesn’t mean that the tech giant has not been hard at work behind the scenes. It has been so hard at work actually that it has already prepared a new foldable device, set to launch next year.

The Mate Xs was announced during a Mate X event that took place this week in China.

It will have a Kirin 990 chipset under the hood but that’s just about all we know concerning the upcoming device. There was nothing to hint how much of an upgrade the handset will be over the Mate X but its SoC might feature an embedded 5G modem, considering it seems like 5G will be all the rage next year.

It’s unclear if the general 2020 launch date  will be global or if it will focus on just the Chinese market: it remains to be seen how the situation with the U.S trade ban will roll out in the next few months as it is, at the end of the day, the thing that will influence most of Huawei’s decisions.

We’ll have to wait and hear more details about the device from Huawei or, perhaps, a few leaks here and there will offer us a clearer view of what’s to come in the next months.