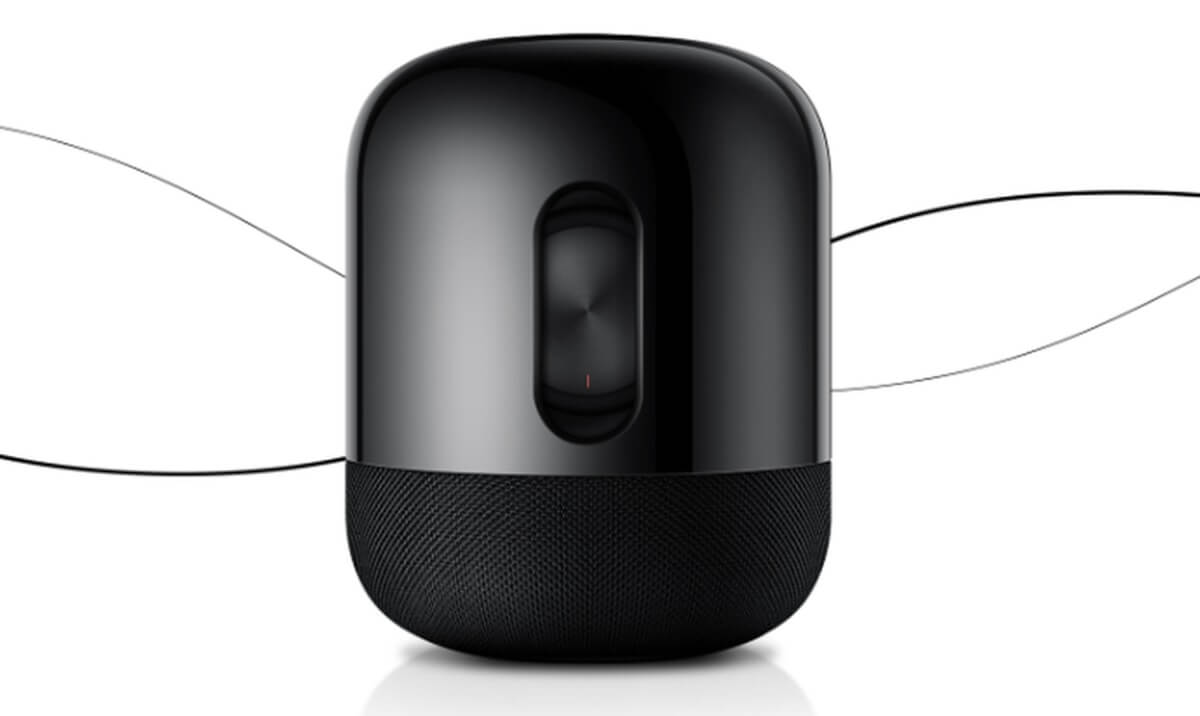 Honor and Huawei have been quite busy these last few weeks. Honor just announced its latest flagship smartphone, the V30 series, and a brand new Honor Magic Watch 2. Meanwhile, Huawei unveiled their smart speaker, which gives us some pretty hard to ignore HomePod vibes. However, design-wise, it’s definitely more refined.

Huawei Sound X may look like a glorified HomePod at first look, but it actually has sleeker lines and a Darth Vader-inspiration I can’t complain about. It’s all black, with the base covered in a thick mesh material. There are capacitive colored touch buttons on top as a pop of color.

All in all, it would look nicely in an office or a minimalist house.

The smart speaker is capable of 360-degree sound, has a quad-core processor, a 60W dual subwoofer and offers 512MB of RAM with 8GB of storage.

Since it’s being sold just in China (for now), users have at their disposal Huawei’s own Xiaoyi voice assistant, which they can talk to through the six-mic array.

There is HiLink smart home control which comes in handy if you have several Huawei products at home and is one tap away from connecting to your phone. Just tap the Huawei handset on the top of the speaker to give control over music.

Huawei worked at it in collaboration with French company Devialet. If you’re wondering what does Devialet have in common with Huawei, you should know China is currently their second market.