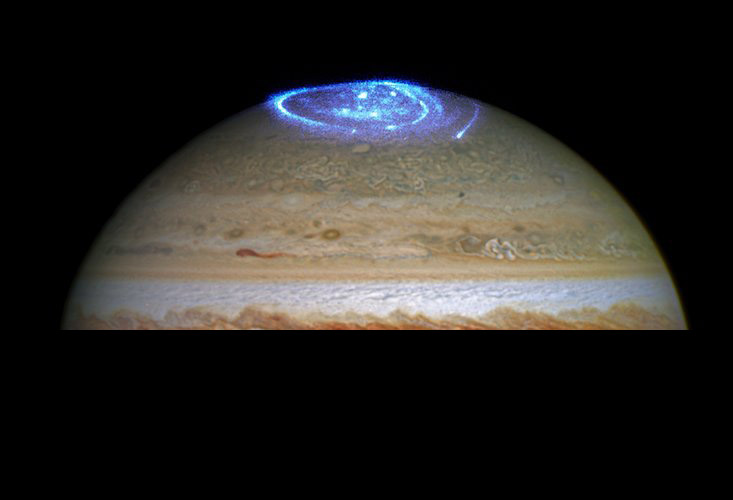 What natural show is more spectacular than the one put by our polar lights? The one featuring Jupiter’s auroras. Hubble has recorded the mesmerizing moment Jupiter is turning the lights on #todaymagic

The biggest planet in our Solar System acts up, showing its auroras, when charged particles enter its atmosphere near the magnetic poles. That collision, between atoms and molecules, produces the light. While on Earth, the biggest auroras are the result of solar storms, on Jupiter they can be born out of charged particles emanating from moon Io.

These “fireworks” are larger than Earth and never cease. Soon, NASA’s spacecraft, Juno, will see the phenomenon with its own “eyes”, as it makes contact with the planet after a five year journey. Juno is studying solar wind with scientists’ final goal of figuring out how auroras are influenced by the Sun and other sources.