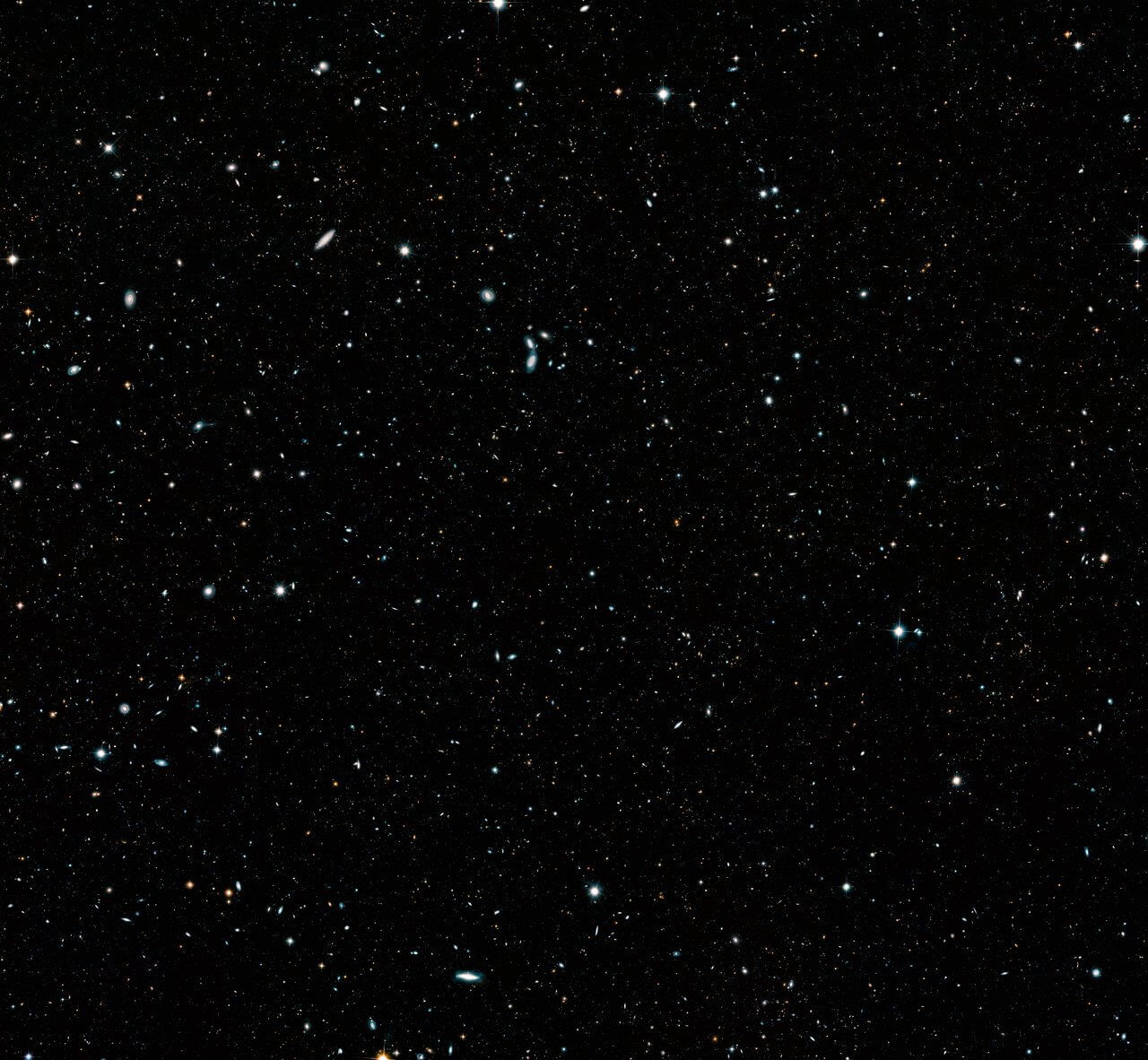 In case you were feeling a bit arrogant about your place in the world today, here’s something to bring things back into perspective: the Hubble Space Telescope team made a mosaic out of 7,500 exposures that show us 200,000 galaxies that span through 13.3 billion years.

It has been called the Hubble Legacy Field and shows us how the distant universe looked like, some 500 million years after the Big Bang.

This new image combines observations from a number of Hubble deep-field surveys that have been taken across 16 years and the team behind it spent no less than 250 days to bring it to life.

The image captures all the features of galaxy assembly over time by using a wavelength range that goes from ultraviolet to near infrared light.

“One exciting aspect of these new images is the large number of sensitive colour channels now available to view distant galaxies, especially in the ultraviolet part of the spectrum,” team member Rychard Bouwens of Leiden University in the Netherlands, explained “With images at so many frequencies, we can dissect the light from galaxies into the contributions from old and young stars, as well as active galactic nuclei.“

The Legacy Field has a wider view of the galaxies far, far away than any other previous Hubble efforts and the astronomers are already working on a second set of images that will combine 5,200 exposures from another area.

“Now that we have gone wider than in previous surveys, we are harvesting many more distant galaxies in the largest such dataset ever produced,” Garth Illingsworth from the University of California, Santa Cruz, leader of the tam who assembled the image, has said about the picture “No image will surpass this one until future space telescopes like James Webb are launched.”

You can access the image at a higher resolution by visiting the ESA Hubble site and truly grasp on just how many galaxies are actually present in it.

Feeling small yet? Or simply full of wonder?